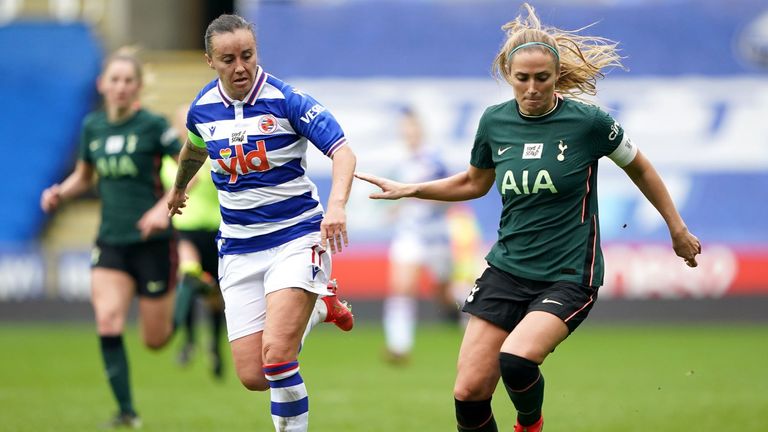 Reading and Tottenham both wasted opportunities as their Women’s Super League game ended goalless at the Madejski Stadium.

It proved to be a cagey first half with both sides failing to create clear-cut chances and maintaining their defensive shapes.

Just before half-time, a glorious opportunity fell to Jess Fishlock as her close-range effort hit the woodwork and Tottenham cleared.

Kelly Chambers’s side continued where they left off, and centre-forward Amalie Eikeland fired a low effort that went agonisingly wide.

Midway through the second half, Tottenham striker Rosella Ayane glided a low cross down the right that found Angela Addison at the near post, but her effort went over the bar.

In the closing stages, Kit Graham executed a dangerous cross from the right, with Alanna Kennedy’s header forcing Moloney to produce an outstanding save.