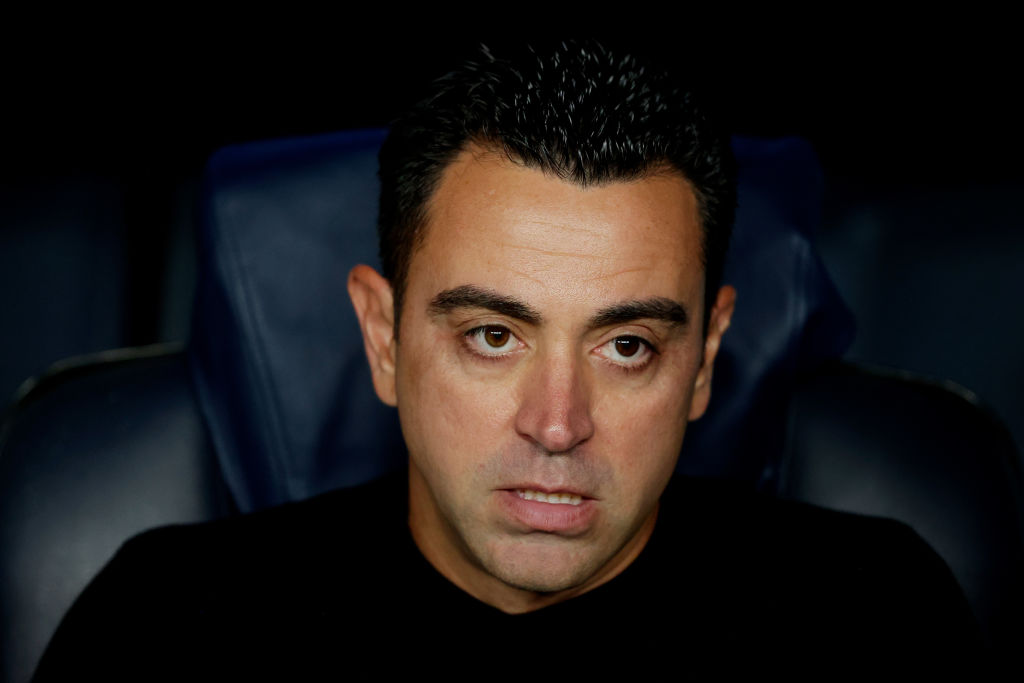 Xavi Hernandez says Barcelona do not deserve to be in the Champions League, despite his side still being in with a chance of qualifying for the knockout stages.

Those chances are hanging by a thread after a dramatic 3-3 draw with Inter Milan at the Camp Nou on Wednesday night, which leaves Barca third in Group C.

Bayern Munich are making a mockery of the ‘Group of Death’ tag as they sit top with four wins from four, with Inter on seven points and Barcelona with just four from four games.

With clashes against Bayern and bottom side Viktoria Plzen to come, Barca could still scrape into the last 16, but Xavi already thinks they have proved they don’t deserve it.

Barcelona took the lead against Inter on Wednesday, then fell behind, equalised, but finally needed a stoppage time equaliser from Robert Lewandowski to pinch a point after a very ropy defensive display which angered the manager.

‘I’m very disappointed, sad, frustrated, I’m angry,’ said Xavi after the match, via Barca Universal. ‘I have to be self-critical, we don’t deserve to play in the Champions League. It hurts me, but it’s the truth.

Barcelona are top of La Liga, so it is not all doom and gloom, but they will not be full of confidence when they take on Real Madrid in El Clasico on Sunday.

‘Let’s hope that today’s game doesn’t affect us for El Clasico in terms of mentality, the players have given their all today,’ said Xavi. ‘The goal for this season is still the same, to win trophies.’