Yannick Bolasie is desperate to get his Everton career back on track and believes he is good enough to make an impact for Carlo Ancelotti’s side this season.

The winger has not featured for the Toffees in a competitive game since a late cameo role at West Ham in May 2018, with loan spells at Aston Villa, Anderlecht and Sporting Lisbon in the ensuing two years.

Prior to a serious knee injury almost four years ago, the DR Congo international had been a regular at Everton after a £25 million move from Crystal Palace, but despite feeling back to his best, he has so far been overlooked in the Premier League and Carabao Cup this term.

It appears likely the 31-year-old will miss out on a return to Selhurst Park this weekend too, but it will not sway his belief.

“Seeing where I am at with the boys (in training) has put the nail in the coffin almost to say actually my level is here,” Bolasie said.

“I do believe I can get in the Everton team. At the minute it probably looks a bit far-fetched because there are a lot of players and I get that, but on ability and talent I fancy myself 100 per cent.

“I believe I can bring a lot because I am totally different to a lot of people in the Premier League. That is the way I have seen it and I will continue to keep plugging away and working hard.”

After he sustained anterior cruciate ligament damage to his right knee in December 2016, Bolasie admits it took longer than expected to return to his prime.

Loan spells away from Goodison Park have proved invaluable for the skilful midfielder to build up his fitness and he started 19 times for Sporting Lisbon last season before it was cut short due to the coronavirus pandemic.

Bolasie added: “I feel like I have put in the hard yards regarding game time to get back to a certain level and be able to know I can finish games, play 90 minutes and start and start quick.

“The last two years have been good regarding that and I am grateful I have played 50 to 60 games, had a cheeky spell in the Europa League and it has been great for me.

“My aim was always to come back and prove myself because that is the type of character I am. Whether I get the chance is another thing, but I always want to prove myself.”

While Bolasie played under Ancelotti in two pre-season friendlies this summer, the addition of superstar James Rodriguez this month and Alex Iwobi last year has further pushed him down the pecking order.

It means the former Palace favourite will miss out again on the chance to return to his old stomping ground of Selhurst Park, where he made 144 appearances during a successful four-year spell before he moved to Merseyside in 2016.

“I don’t even think I have gone back, so that is a bit crazy. I thought I would have been back at least once,” Bolasie conceded. 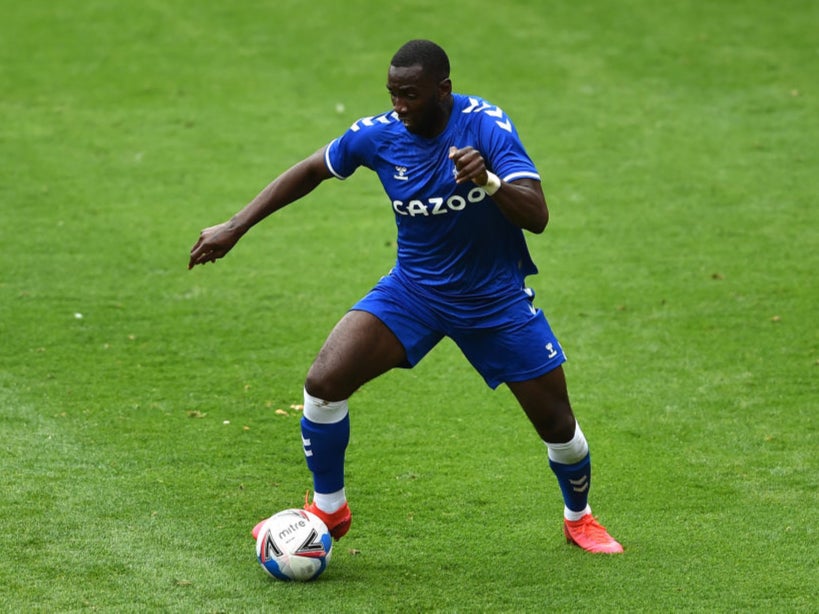 “Palace took me in when I wasn’t high on confidence and they gave me the game time and let me grow as a person and man. Palace is always going to be there for me. It is a bit like a first love in football.

“I think the connection with the fans has always been there from when I first joined. Just playing in the stadium and having the reception towards me and doing my thing, they know I love the club and that will never change.

“They always remain with me and I still have my little man talking about Palace, asking for kits and it means it was a big part of my life. I really enjoyed it.”

If Bolasie talks with affection about Palace, it is certainly reciprocated by the Eagles fans, who have a plethora of memories of the ex-Hillingdon Borough player producing tricks on one flank in SE25, while Wilfried Zaha was doing similar on the other.

Although no supporters would have been in attendance at Selhurst Park, the chance to see the pair back on the same pitch this weekend would have still been a moment to savour.

How long Zaha stays with Roy Hodgson’s side remains to be seen, but he captained the Eagles to success at Manchester United last weekend and could keep the armband on Saturday.

Bolasie said: “When I see Wilf being the captain, I am lovestruck. Obviously Palace fans must love it as well but everyone has their own thoughts in their head individually.

“Premier League is the highest level but I am talking the Champions League and that is definitely what he would have wanted to do from a young age.

“Sometimes these things arrive in football but at the minute it looks all right for Palace, I guess.”

Antonio Rudiger 'is the alpha-male in Chelsea's dressing room'