Chelsea travel to Russia to face Zenit St Petersburg in their final Champions League group game on Wednesday night with only goal difference separating them and Juventus at the top of Group H.

Elsewhere in Group H, rivals Juventus take on Malmo at home, which we will keep you up-to-date with as the group stage comes to a close.

It’s been an electric start of Tuchel’s men, especially when you consider the amount of changes they’ve made.

Zenit have barely entered their half.

This time he picks up the ball and takes it into the right hand side of the area.

He looks up and tries to find Lukaku but doesn’t get enough on the cross.

So much space for Chelsea going forward…

Barkley drives through the middle and tries to release Werner but gets too much on the ball.

The resulting corner is swung in by Barkley from the left. A Zenit defender can only manage to flick it on to the back post for a tap in for Timo Werner.

An early opening for the Blues as Saul Niguez drives into the box and sees his shot closed down by the keeper.

Chelsea get us underway.

A mixed reception as most players take the knee, sadly.

The final preparations are complete and the teams are heading back down the tunnel.

The Croatia midfielder had returned to training on Monday after being out since October with a hamstring problem, but tested positive on Tuesday.

“He was in training yesterday and with a big smile and it was a pure pleasure to have him back,” said Tuchel.

“But he tested positive today, for coronavirus, so he’s quarantining for a few days.

“It’s a huge setback for him personally and for all of us.”

Not long to go now until we’re underway. 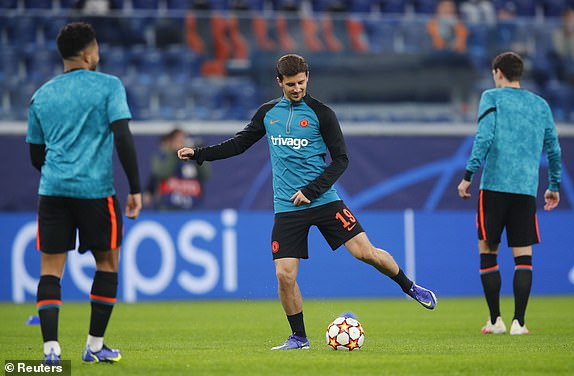 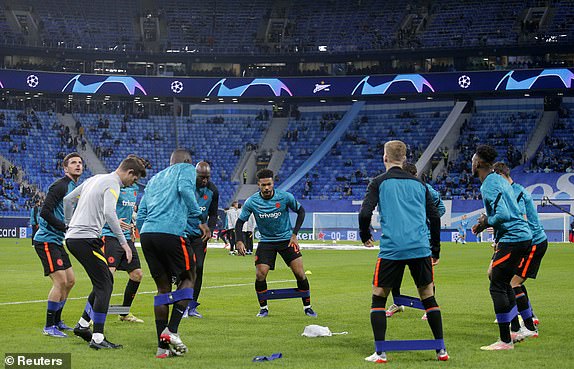 Chelsea will tonight wear their 2021/2022 third kit for the first time.

So far they have only worn their blue and yellow ones this term.

Tuchel makes eight changes from the side that lost at West Ham.

Mason Mount, Andreas Christensen and Reece James are the only players to retain their places.

Lukaku starts after returning from injury. As does Ross Barkley.

And welcome to Sportsmail’s live coverage of the climax of Group H.

Only goal difference separates leaders Chelsea and Juventus with the blues travelling to Zenit while the Italians host Malmo.

Can Dele Alli be Antonio Conte's next masterstroke?