Pakistan finished the opening day of the second Test against England at Multan on top after spinner Abrar Ahmed marked his Test debut with a seven-wicket first-innings haul.

Abrar claimed seven for 114 as England – after electing to bat – were bowled out for 281 before captain Babar Azam struck a fluent unbeaten 61 to guide his side to 107 for two at stumps.

The tourists had not deviated from their attacking brand of cricket which set up a thrilling conclusion to the first Test match in Rawalpindi, but this time Pakistan took wickets consistently on a pitch that ominously appeared to favour the spinners.

James Anderson took the only wicket of the day to fall to seam when he had Imam-ul-Haq caught behind by Ollie Pope for a duck from just the second ball he faced to leave Pakistan on five for one.

But Babar ensured they would not waste the good work done by Abrar with an innings including nine fours and a six and Pakistan will look to advance beyond England’s total as they bid to get back into the series. 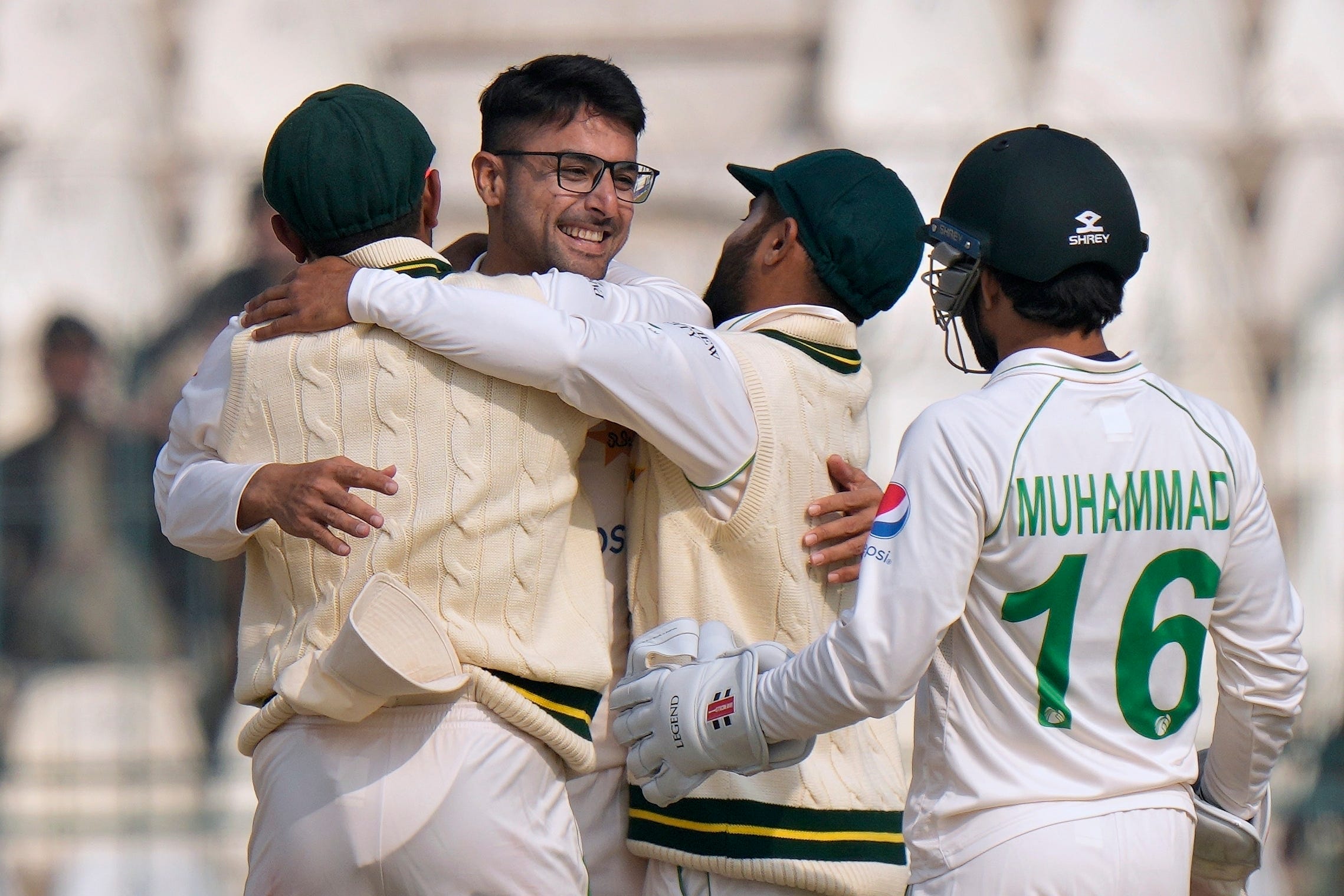 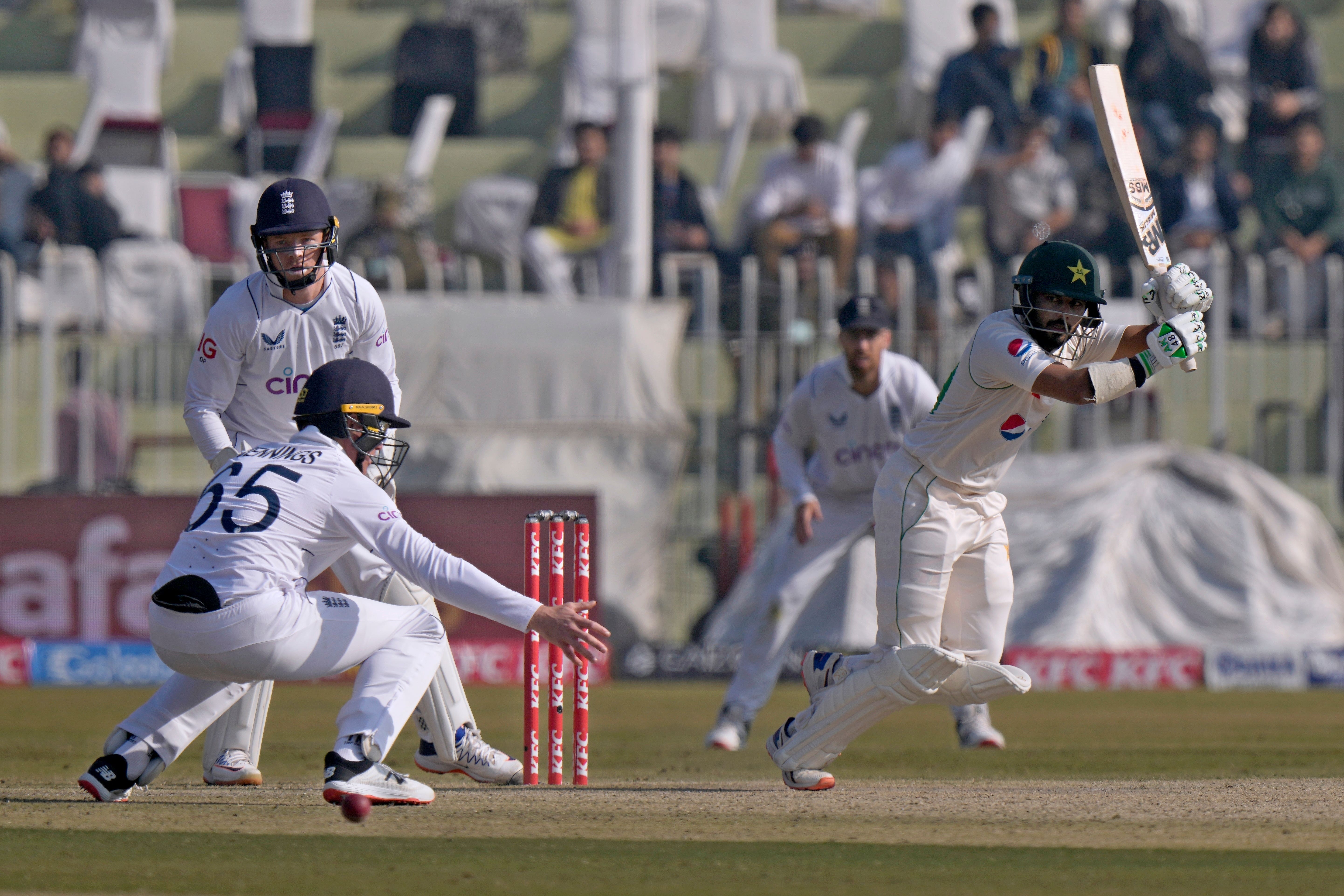 Having been left out of the side for the first match, mystery spinner Abrar made the headlines, and had at one stage looked like becoming only the fourth player to take 10 wickets in a Test innings, but he had to share the spoils as Zahid Mahmood took the last three.

His googly to Ben Stokes was the pick of his wickets as he successfully rattled through an English top-order who had dominated the game in the first Test.

The 24-year-old bowled a ball to the tourists’ captain that pitched on leg stump and turned sharply to hit the top of off, with a visibly stunned Stokes departing for 30.

Stokes had selected the extra seamer after at times in the first Test match, it did look as though they were a fast-bowling option short, but the pitch at Multan turned almost from the outset.

Although new to the international scene, in 14 first-class matches Abrar averages just 25.56, having taken 76 wickets.

He claimed five wickets in the morning session, firstly the scalp of Zak Crawley with only his fifth ball – and he finished the innings with the 12th best figures in a player’s debut Test innings.

Pope and Ben Duckett had scored half-centuries, but both fell to Abrar, with Pope caught attempting a reverse-sweep and Duckett trapped lbw.

Harry Brook sent a leading edge to mid-on to give Abrar his five-for with his debut wickets including Joe Root, both openers and Will Jacks.

Jack Leach was bowled reverse-sweeping his first ball and though Mark Wood blasted a useful 36 not out at number nine, Zahid (three for 63) wrapped things up with the wicket of Anderson. 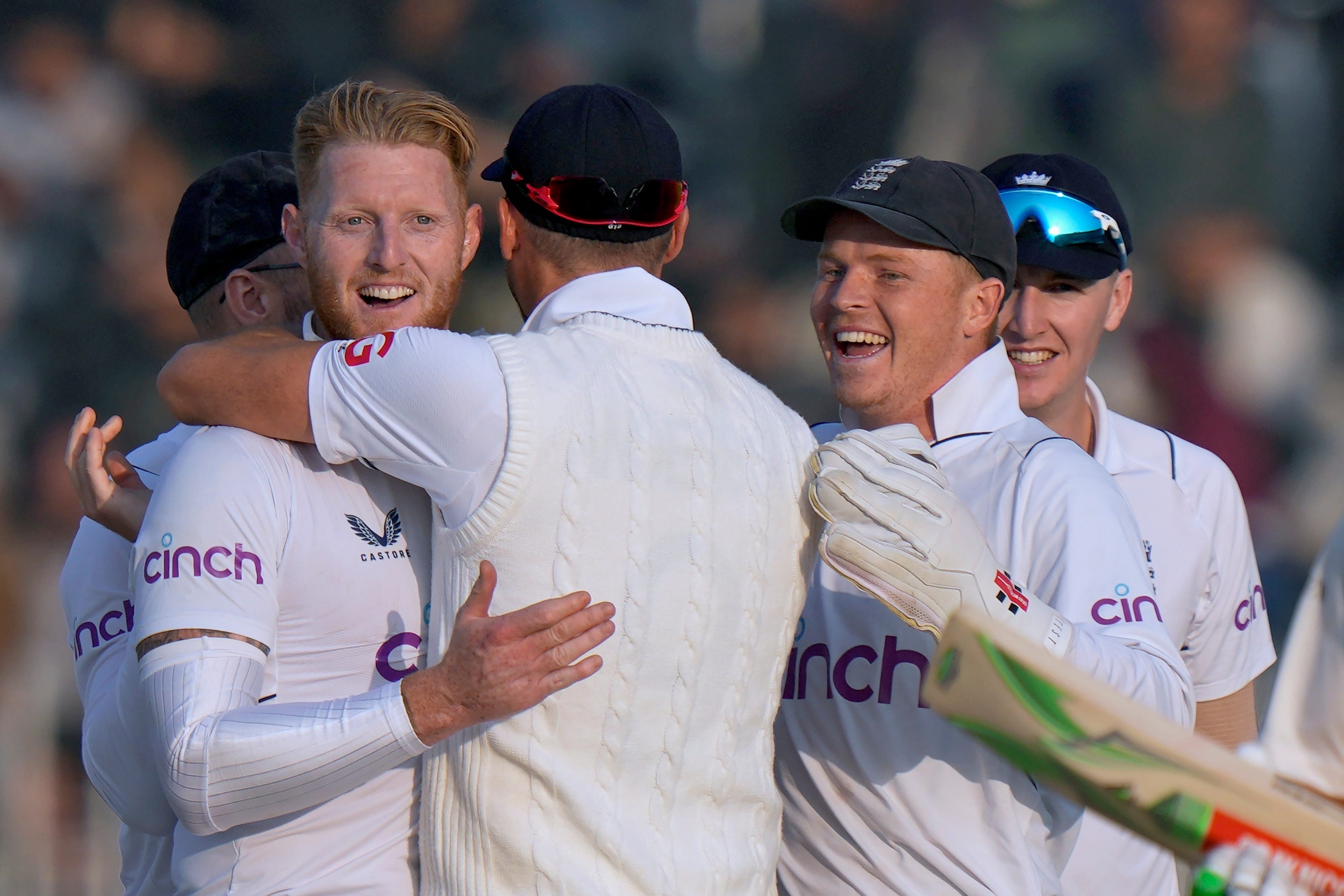 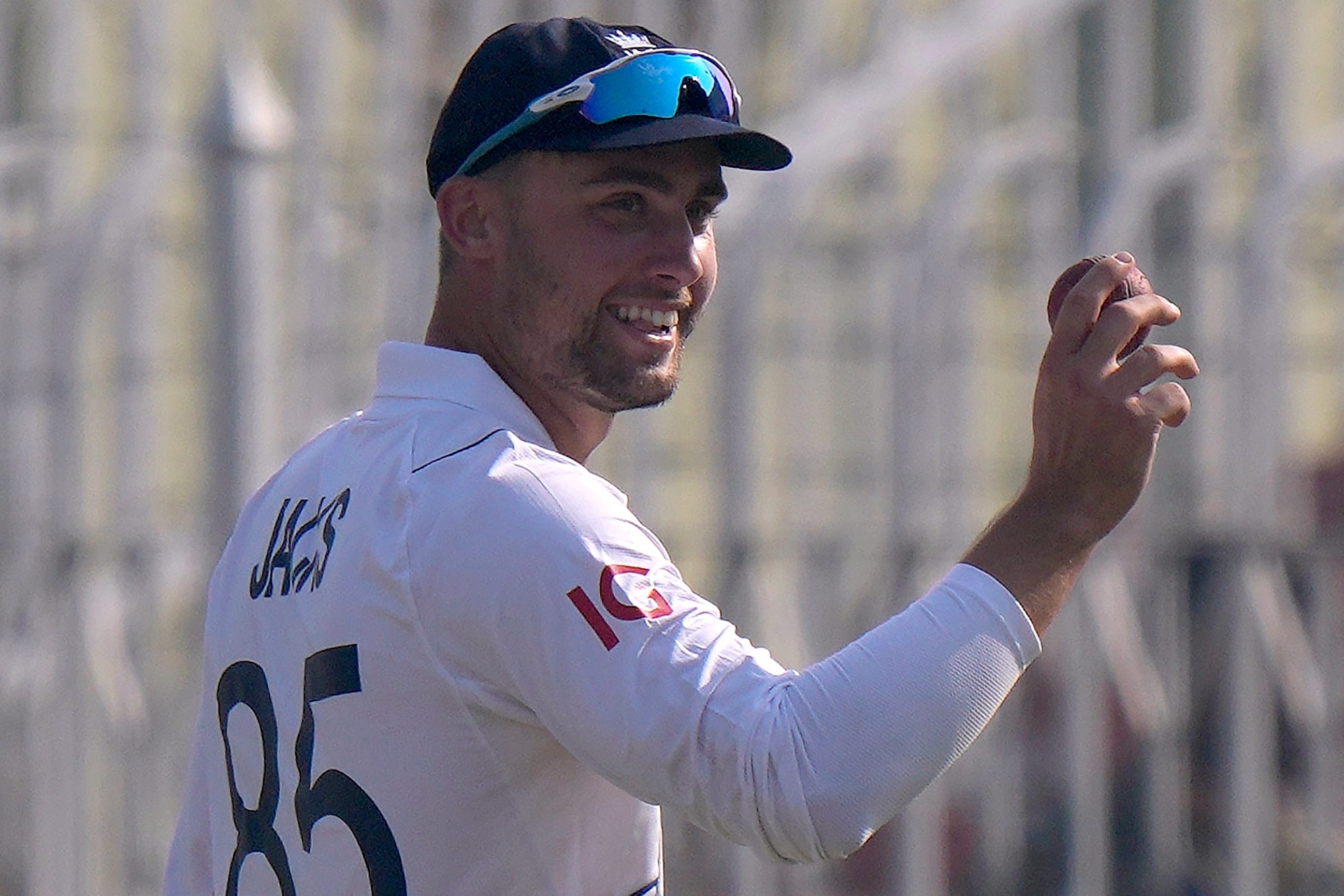 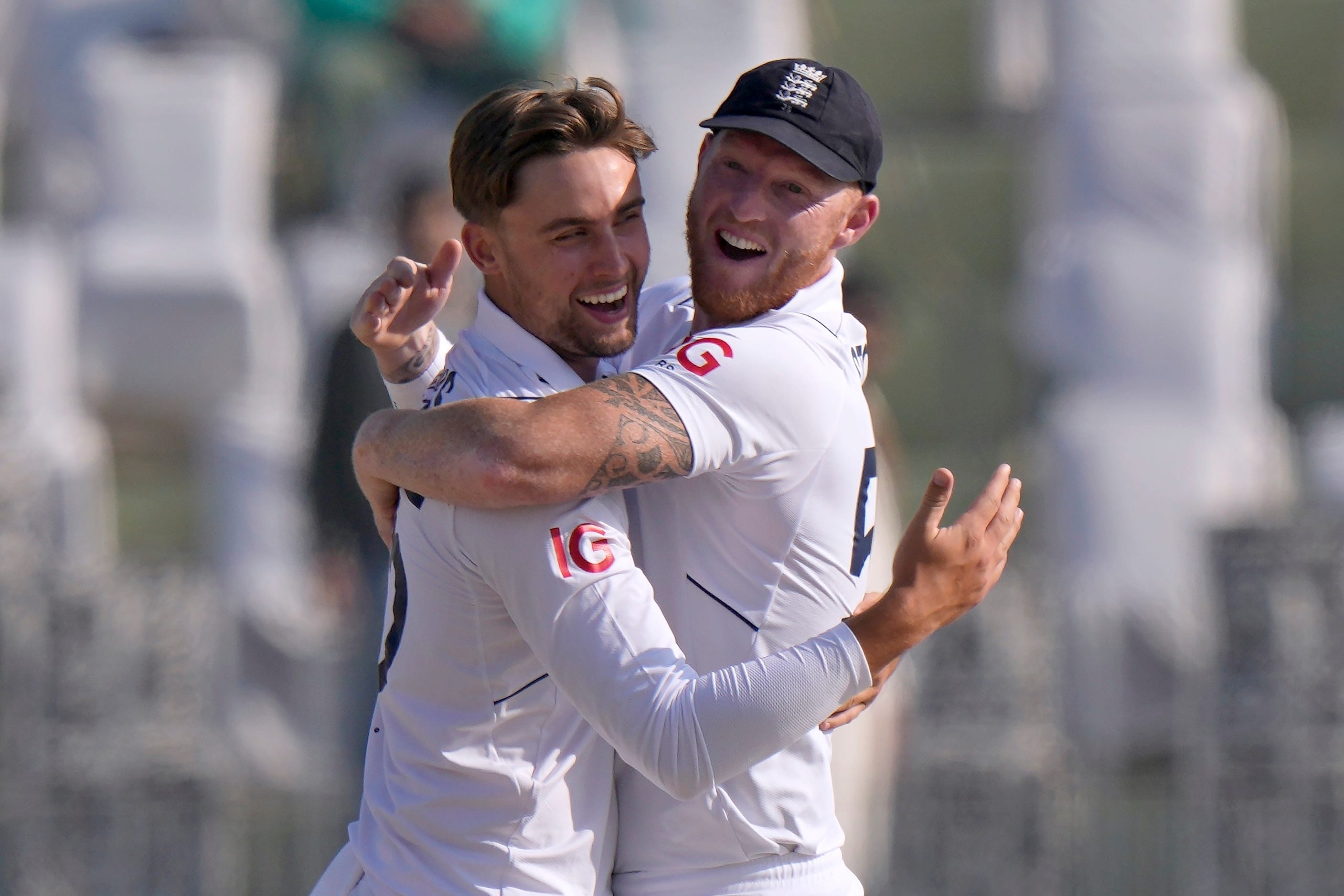 After Anderson struck early, Leach claimed the second Pakistan wicket to fall when Abdullah Shafique edged to Pope for 14 and after a DRS review the original not out decision was overturned.

But an unbroken stand of 56 between Babar and Saud Shakeel left Pakistan in a strong position.