Home » Sports News » Ali: England must win more than one trophy to be a great one day side

We need to win more than one trophy to be a great one day side, says vice-captain Moeen Ali… with India standing between England’s ageing side and another T20 World Cup final

Moeen Ali believes England need to win more tournaments if they are to leave a lasting legacy as a truly great white-ball side.

The limited-overs revolution instigated by Andrew Strauss in the wake of the 2015 World Cup debacle has transformed England and led to them becoming consistently one of the best white-ball teams in the world.

But the only tangible honour they have to show for it is the 50-over World Cup won famously at Lord’s three years ago — and only then after a Super Over against New Zealand. 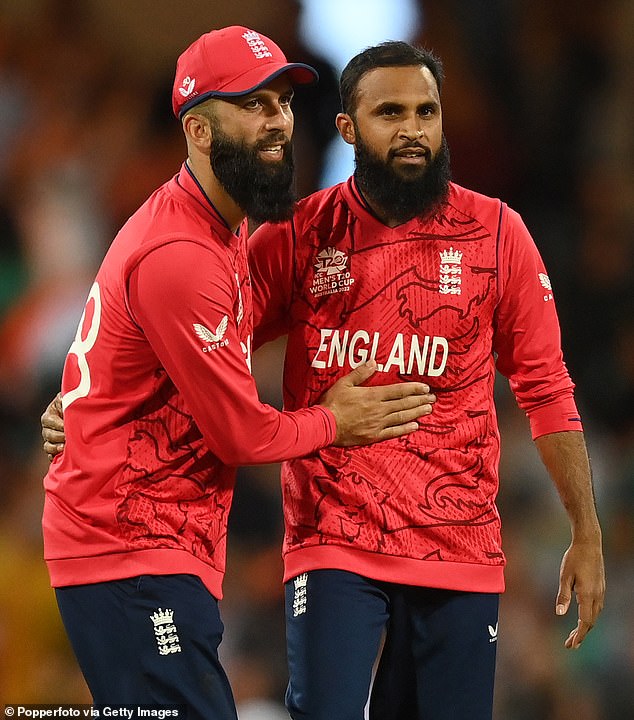 Outside of that success, England lost the 2016 Twenty20 World Cup final when Carlos Brathwaite hit four last-over sixes off Ben Stokes to snatch the title for West Indies, were knocked out in the T20 semi-finals last year in the UAE by New Zealand and were beaten in the semi-finals of the Champions Trophy by Pakistan at Cardiff in 2017.

Now India stand between England’s ageing side and another T20 final. And Moeen, 35, is concerned that senior players like himself are running out of time if they are to compile an honours list that their talent warrants.

‘Some of the older guys have played in all those tournaments and when you look back it’s all about what you win as a player and as a team,’ said vice-captain Moeen after England arrived here in Adelaide to begin preparations for Thursday’s semi-final.

‘There has been a lot of talk about us being a great white-ball side and the England team has been very good but we have only won one tournament. So it’s important we start winning more both as a team and as a country. 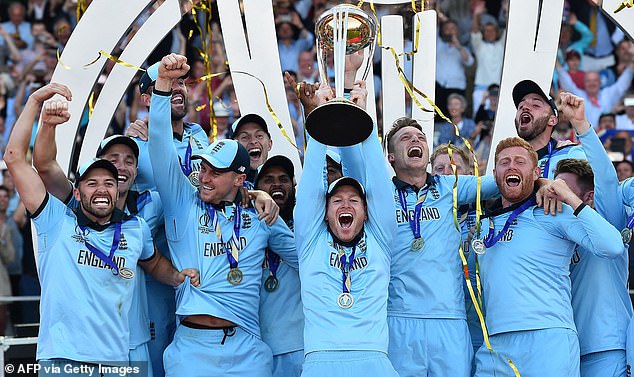 ‘We have been good over a long period but after I retire I want to be able to look back and say, “Yes, I really was part of a great side”.’

India will provide a formidable obstacle to England’s aims of adding another world title here — and a second T20 World Cup after victory in the Caribbean in 2010 — with Moeen admitting Virat Kohli and Co will start as favourites.

‘This is the biggest game you can play in T20 cricket in terms of crowd and playing a top side and that’s what you want as a player,’ he said. ‘We will be the underdogs, but this is the type of game we want and need at this time.’

Moeen is under no illusions about the strength of India, in particular their new star Suryakumar Yadav, who made an unbeaten 61 off 25 balls in the semi-final clinching win over Zimbabwe on Sunday.

‘He’s an amazing player and I do feel he’s the best in the world now,’ said Moeen of the batter known as ‘Sky’. ‘He’s taken T20 cricket to another level in that he’s the first person who you just can’t bowl to when he’s playing well.’ 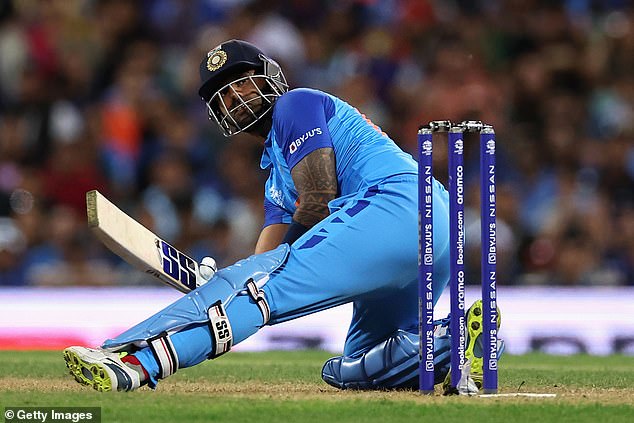 Then there is the old master Kohli, who was a team-mate of Moeen in his early stint in the IPL with Royal Challengers Bangalore. ‘He’s a top bloke,’ said Moeen. ‘He’s been back to his best since the Asia Cup. Even when people said he was struggling, he was still scoring more runs than most of us!’

If England are to stop India they will have to play better than they have so far — in particular their last group match against Sri Lanka in Sydney on Saturday when they crawled over the line thanks to the cool head of Ben Stokes.

‘I don’t think we have played very well in the whole tournament,’ added Moeen. ‘We should have all played like Stokesy against Sri Lanka. Get the job done — be ugly and don’t worry what it looks like.

‘But we have got through and I feel the best is yet to come. It’s about peaking at the right time and if you scrape through, as we have done, it means you can get better.

‘If we play our best cricket in the next two games I believe we will win the World Cup. We are a very dangerous side and we will be quietly confident.’