Australia are staring at the prospect of a heavy defeat after a second-innings batting collapse on day three of the second Test at the Melbourne Cricket Ground on Monday.

The Australians will head into day four on 133 for six, with a lead of just two runs.

After resuming on 277 for five in their first innings, India suffered a collapse themselves and were all out for 326. 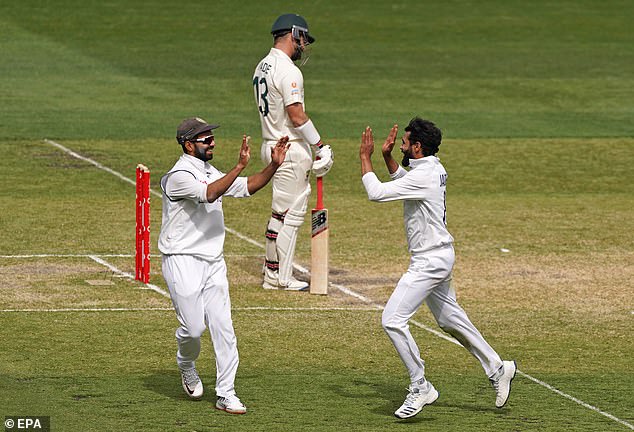 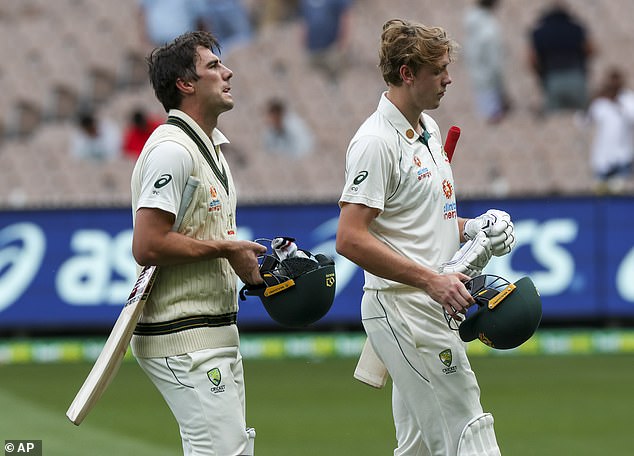 Trailing by 131 from the first innings, Australia reached tea on 65 for two before losing four for 27 – including crashing from 98 for three to 99 for six and flirting with the prospect of an innings defeat as India set themselves to level the four-match series 1-1.

Stand-in captain Ajinkya Rahane took his overnight 104 to 112 before a run out which started India’s collapse, with Ravindra Jadeja falling soon afterwards for 57. 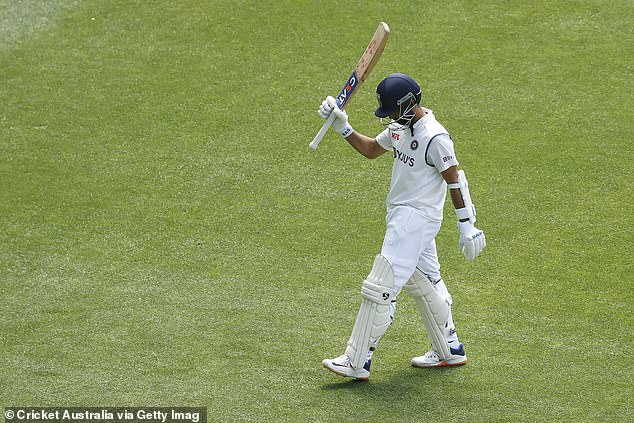 Earlier in the day, India stand-in captain Ajinkya Rahane was run out for 112 in India’s total 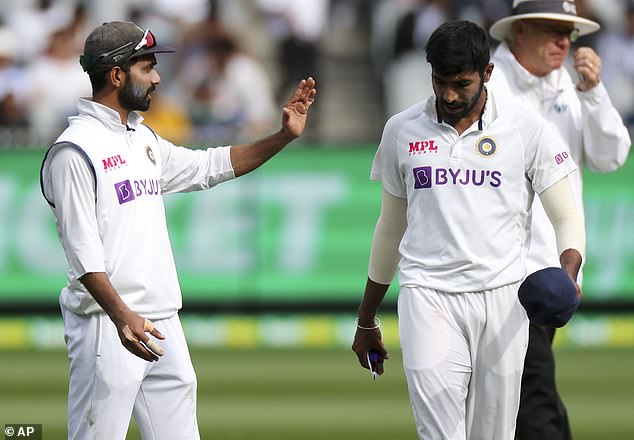 Opener Matthew Wade made 40 in a steady start for the Australians before their final-session mayhem, with the wickets shared between five Indian bowlers.

India captain Rahane is confident about his side’s chances ahead of day four but claims there is still plenty of work to do.

‘You want to back your gut feelings and go about it. The bowlers bowled really well and bowled in the right areas,’ he told broadcasters.

‘We still got four wickets to go, the game is not over yet. We have to come back tomorrow, bowl in the right areas and get the victory.’

Middlesex employ Cornish as 'advisor' a year after Somerset sacking