‘That was my hardest one so far’: Jonny Bairstow hails toughest century of his career as he plays through pain barrier to lead England fightback

An emotional Jonny Bairstow hailed the toughest century of his career after England finally dug deep to take the fight to Australia and recover from the depths of 36 for four to reach 258 for seven at the end of the third day of the fourth Test.

Bairstow, who has struggled in Test cricket since England took the wicketkeeping gloves away from him and gave them to Jos Buttler, reached his first Test hundred in three years in the last over of an eventful day that also saw him confront abusive supporters in the crowd.

And then he talked about how much his unbeaten 103 meant to him in an innings when he was fighting for his very Test future after a run of indifferent form and struggling to cement a regular place in the middle order. 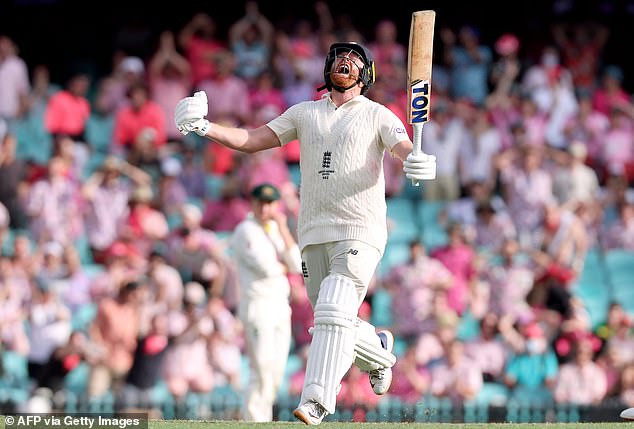 ‘That was my hardest one so far under the circumstances,’ said Bairstow. ‘I put the graft in and the partnership with Ben Stokes was a big one. It was tough out there and I was really delighted with it.’

Bairstow, a key member of England’s all-conquering white-ball side, insisted he had never given up on Test cricket even though he was fortunate to earn a place on this tour and only came into the side at the expense of Ollie Pope in the third Test at Melbourne.

‘I didn’t think this would never happen again because of the hard work I’ve kept on putting in,’ said Bairstow. ‘I felt I had the ability to do it. This is why you keep on playing, keep pushing, keep turning up every game and putting your best foot forward. I think you all know how much this means to me.’

Bairstow was struck a nasty blow on the thumb. By Pat Cummins when he had made 60 but insisted on carrying on after treatment. ‘It takes quite a bit to get me off the park,’ he said. ‘Yes it was sore but in the circumstances of the game I took the decision to stay out there. The medics can give you advice but you’re playing in the Ashes.’

England looked dead and buried yet again before Bairstow put on 128 for the fifth wicket with Ben Stokes, the pair of them confronting abusive spectators at the tea interval. 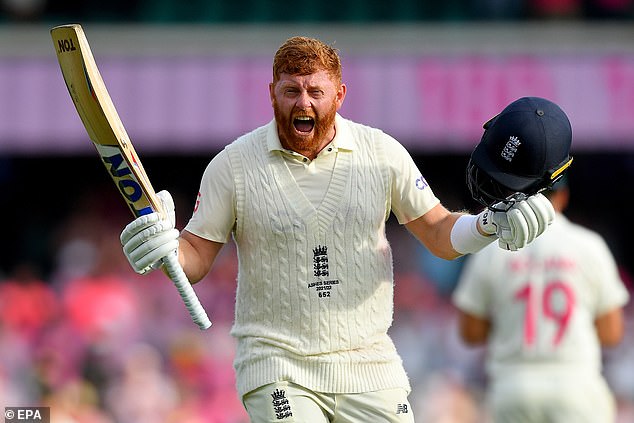 ‘It was a bit of bad mouthing from the crowd,’ said Bairstow. ‘It’s not the greatest and it’s not needed. We’re out there trying to do our jobs and people are enjoying the day’s cricket but unfortunately sometimes you have people who overstep the mark.

‘I think it’s important to stand up for ourselves because if we don’t we can cop it if people overstep the mark they need to be told. It would have been nice if they had still been there giving it to us when we walked off at the end. Unfortunately they weren’t there at the end and they missed the end of a fantastic day’s Test cricket.’

England are still 158 behind and very much up against it going into the fourth day and Bairstow added: ‘They will have a new ball soon but we just have to fight for every run and try to get as close to their score as possible.’

Jockey warned off for six months