England’s batting was obliterated by India on the second day of the second Test in Chennai to make last week’s heady win on the same ground feel like a distant memory.

On a pitch branded ‘a stinker for Test cricket’ by Michael Vaughan and rated ‘poor’ by another ex England captain Andrew Strauss – working as pundits for Test Match Special and Channel 4 respectively – Joe Root’s team were shot out for 134.

India closed a day upon which 15 wickets fell on 54 for one, leading by 249 and on course to level the series. 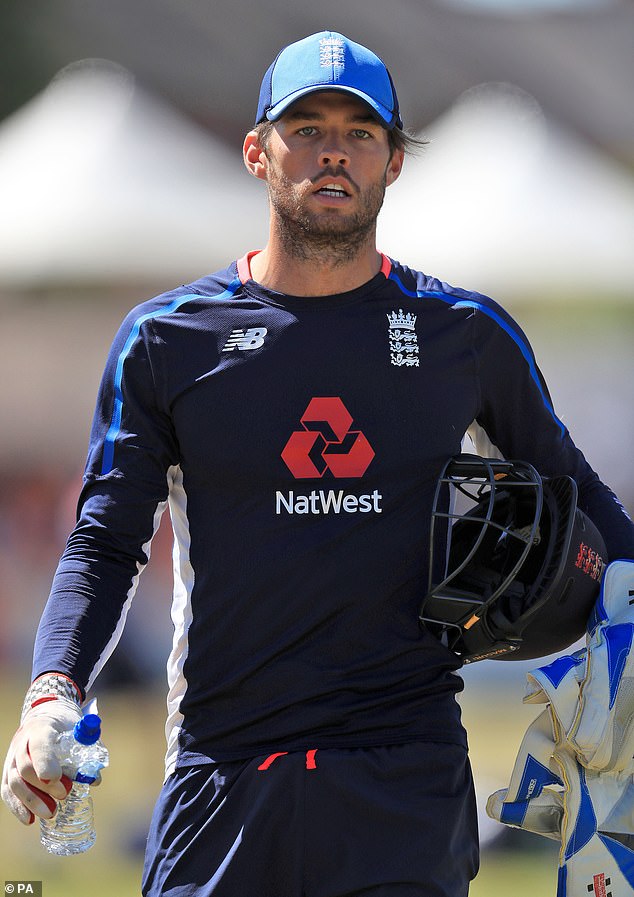 Ravichandran Ashwin bagged five wickets and fellow spinner Axar Patel took two on debut as deliveries regularly exploded out of puffs of dust, and although England diplomatically refused to condemn the surface, ex-India spinner Murali Kartik said on commentary that he had never come across anything like it before, describing it as a mixture of ‘powder and pebbles.’

Of batting, Surrey wicketkeeper Ben Foakes – who top scored with an unbeaten 42 – said: ‘It was extremely difficult. Obviously, they are a high-quality spin outfit, and the pitch was playing a few tricks so overall it was a really tough day.

‘Because the ball is taking the top off the surface it’s spitting quite a lot, so it was almost accepting if one hit me on the glove or something then it was fair enough. Otherwise, I just tried to stick to my game plan as if it was a normal sort of wicket and react if possible.’ 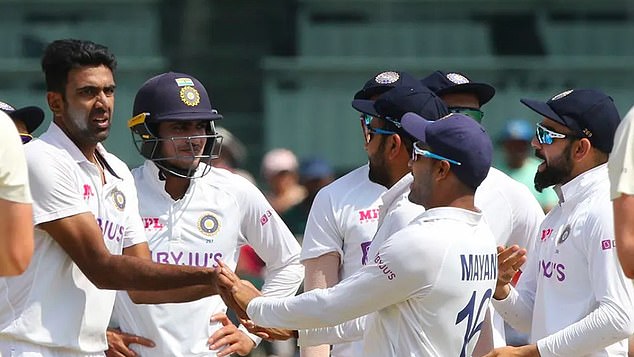 India closed out the second Test day on which 15 wickets fell on 54 for one, leading by 249 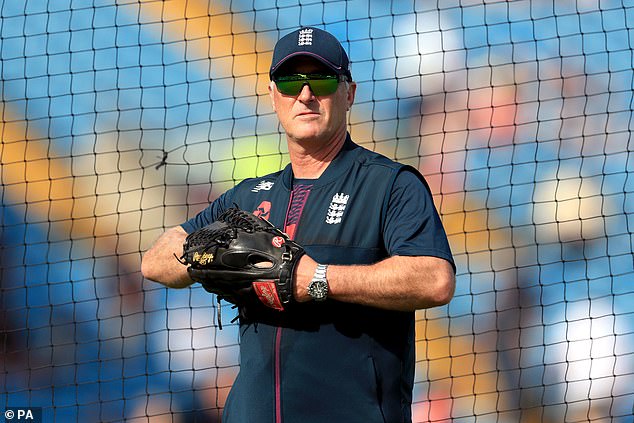 England assistant coach Graham Thorpe said, ‘there are some balls in the pitch which you might not be able to do too much about,’ but when asked whether it was one fit for a Test match, added: ‘It’s a very challenging surface, that’s what I’m going to say. In terms of me commenting on the pitch, I think that’s for someone above me to look at. It’s obviously taken turn early in the game and it was a very good toss to win.’

Sportsmail columnist and former England coach David Lloyd said: ‘All that’s happened here is someone has put three stumps at both ends and said, “off you go.” There’s been no preparation – and it’s at the same ground where we saw an excellent pitch for the first Test. I await the ICC’s reaction with interest. It’s a lottery.’