Ben Stokes won’t be pressured to return to the England team with ‘no time limit’ on his break from cricket to prioritise his mental health, says head coach Chris Silverwood, despite dismal defeat to India

England head coach Chris Silverwood will not push for Ben Stokes to return during the five-match Test series with India.

The all-rounder announced last month that he was taking an indefinite break from cricket to prioritise his mental wellbeing and, while Joe Root’s side lost the second Test at Lord’s on Monday to go 1-0 down, they will not turn to their talisman until he is ready.

‘No, there is no pushing from my point of view,’ Silverwood said on Tuesday. ‘I don’t think you can push with these issues. I will wait and there will be an element of waiting for him to come to me to let me know he is ready. 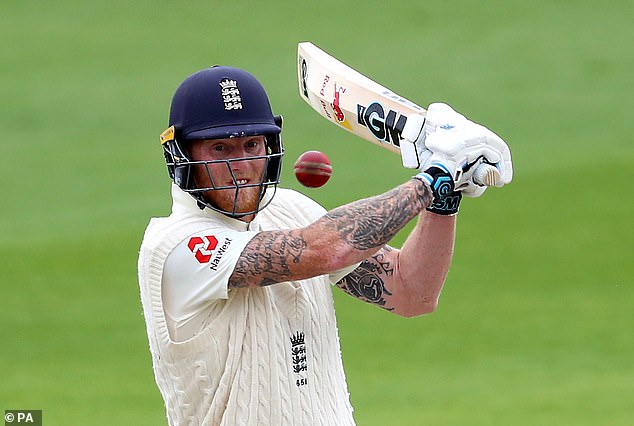 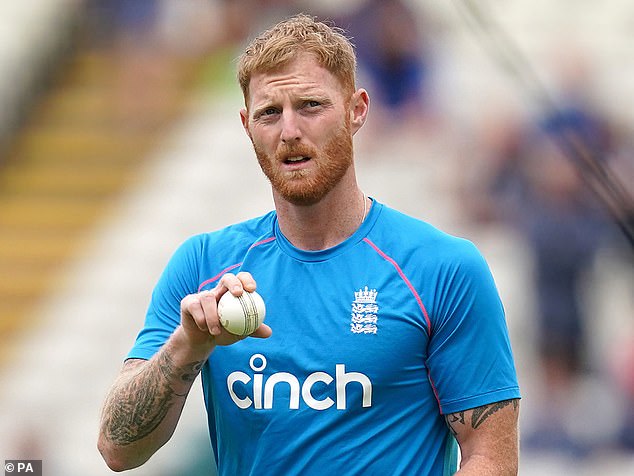 ‘There is no time limit on it. I would stress again the important thing is Ben is OK, his family is OK and that he comes back strong and, when he re-enters the frame, he is ready in his mind to come back and perform for England like we know he can.

‘I am certainly not pushing him for an answer and I don’t think that would be the right thing to do.

‘There are people around him supporting him and, when he is ready to come back in, we will welcome him with open arms but until then he will get all the support he needs.’

England are due to name their squad for the third Test on Wednesday, with Mark Wood being assessed by the medical staff.

The paceman had to leave the field towards the end of day four after injuring his shoulder in the field. 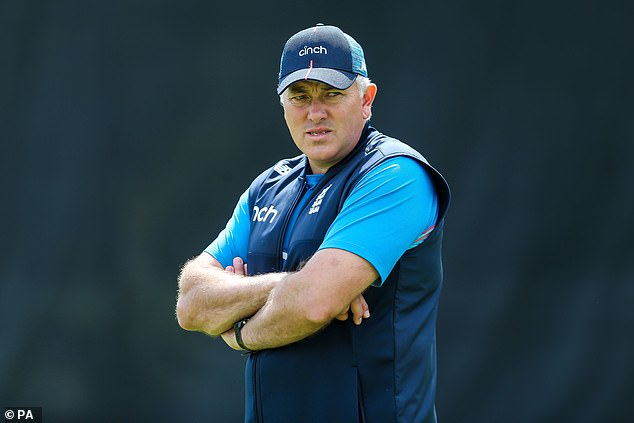 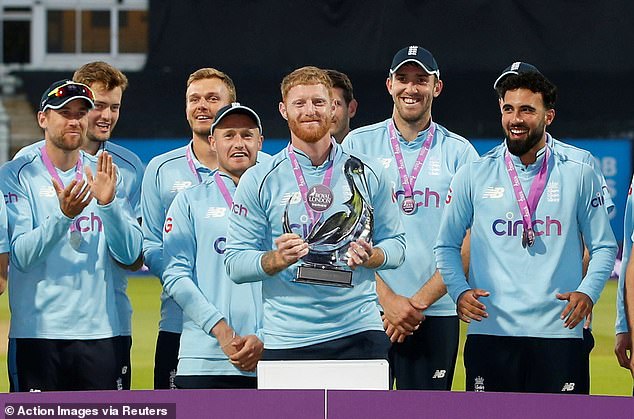 He returned to bowl on the final day, but Silverwood is eager not to risk the fitness of the seamer, especially with Jofra Archer and Olly Stone already out for the foreseeable future.

‘The medics are working on Woody. We’ll find out more in the next couple of days,’ Silverwood said.

‘He is a bowler who can hit 90mph-plus, so I’ve got to look after him, but he will be given every opportunity to be fit for Leeds and obviously we will make a decision, along with him, and our medics closer to the time.’

Captain Joe Root and Silverwood will discuss selection on Tuesday and the former Essex head coach was eager to take his share of responsibility for the second Test defeat. 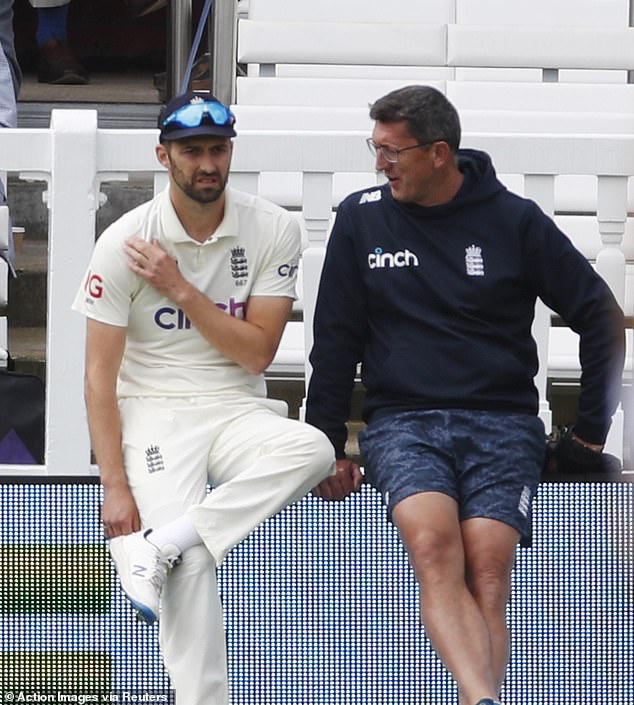 Root, who struck 180 not out in the first innings, admitted on Monday he got his tactics wrong on the final day as tailenders Mohammed Shami and Jasprit Bumrah hit career-best scores in a game-changing unbroken ninth-wicket stand of 89.

But Silverwood said: ‘I saw Joe took that on himself in the interview afterwards but it’s a collective and I’m part of that as well.

‘It’s something we have to look at together. In the same situation, I agree with Joe, we could probably go back to Plan A sooner than we did. It’s one of those things we have to learn from.’

After Bumrah had produced a fiery 10-ball over against James Anderson on Saturday, there was suggestion England had looked to dish out some payback at the India number 10 in what proved a tense and spiky encounter at Lord’s.

While Silverwood conceded ’emotions ran high’, he felt the second Test was ‘two passionate groups of people who want to do well for their country’. 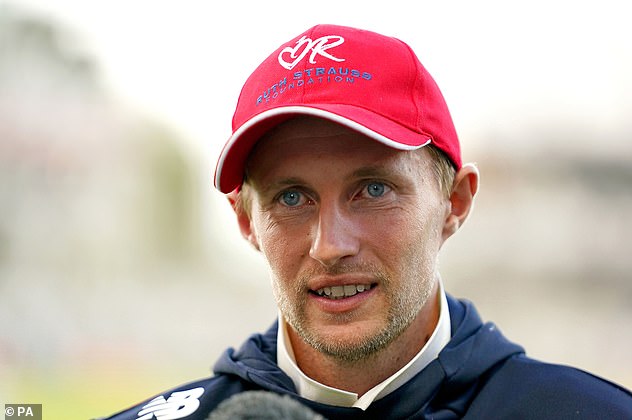 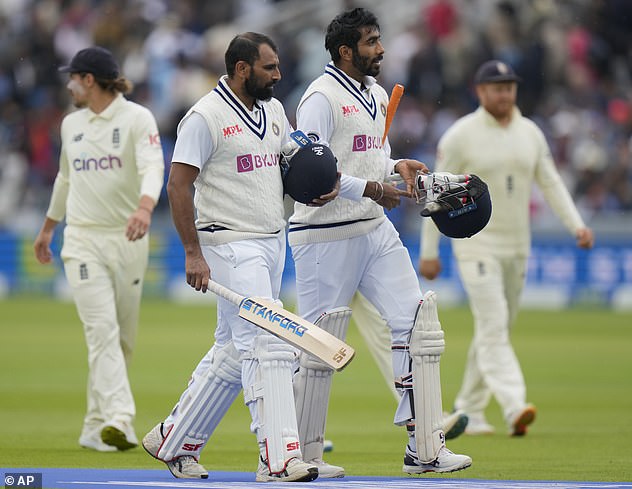 The attention turns to Headingley where England will aim to end a run of seven matches without a Test victory. After dropping Zak Crawley for Haseeb Hameed at Lord’s, Silverwood refused to rule out further changes to the batting line-up.

He also acknowledged there would be no hesitation bringing a player in from outside the red-ball set-up, with Dawid Malan and James Vince impressive for their country in white-ball cricket recently and with Test appearances under their belt from the previous regime.

‘I’ve got to keep my eyes, ears and mind open to all suggestions,’ Silverwood said. 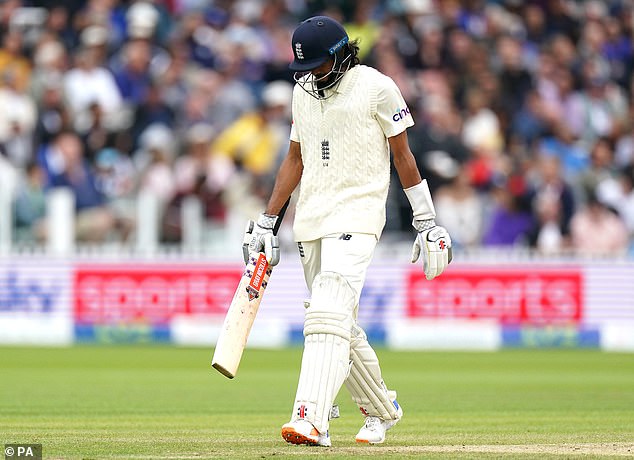 Haseeb Hameed, recalled after five years, made just nine runs over the two innings at Lord’s

‘It could still work. It’s not like I’m not in touch with these guys. I’ve seen them over the various formats and my relationship with these guys is very good. I’m quite close to them so I wouldn’t say you can’t do it.

‘You’ve got to do what’s best for the team, ultimately. I’m lucky in the fact that, working over all formats, I get to know these guys well. I’ve got a relationship with them that would already be an existing relationship to work from if I brought them in.’