Bright Diamond leads the charge to carry trainer Karl Burke past £2million in domestic prizemoney in a season for the first time when she bids to extend the brilliant form of his two-year-olds in the Prestige Stakes at Goodwood.

Burke is just over £7,000 short after a campaign in which he won two juvenile races at Royal Ascot with Dramatised (Queen Mary Stakes) and Holloway Boy (Chesham Stakes) and the Lowther Stakes at York with Swingalong as well as going agonisingly close in the Gimcrack Stakes with runner-up Marshman and third Cold Case.

Clifford Lee-ridden Bright Diamond is part of the strongest two-year-old squad Middleham-based Burke has ever trained and won on her Newmarket debut by nine lengths. 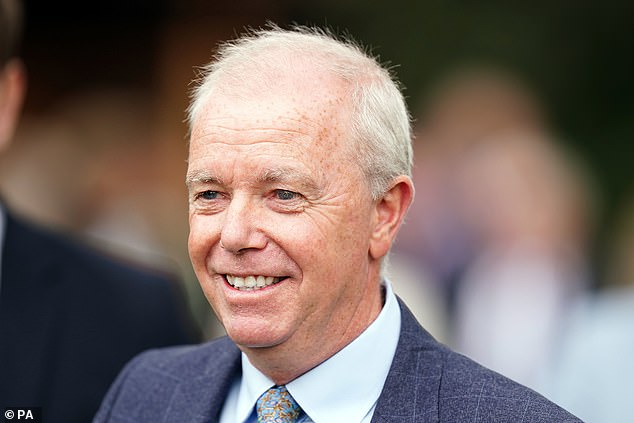 Burke said: ‘I was surprised she won by nine lengths but not that she won so well. She is a nice filly but quite lazy. You have to ask her to go about her business. It is hard to know what she beat but she could not have done it more impressively. There is a question about the (soft) ground but we think she will handle it.

‘Across the board — and there are two or three really nice horses still to run — we are very strong across the two-year-olds. Quite a few of them look like they will train on if not be better as three-year-olds.’

Swingalong (Cheveley Park Stakes), Marshman (Middle Park Stakes) and Holloway Boy (Champagne Stakes) all have their targets and there has been a change of plan with Dramatised after she lost her unbeaten record behind Swingalong in the Lowther.

Burke added: ‘She had a sore throat after York — nothing serious but maybe enough to stop her showing her best. We will sit back and the Breeders’ Cup (Juvenile Turf Sprint) is the main target now.’