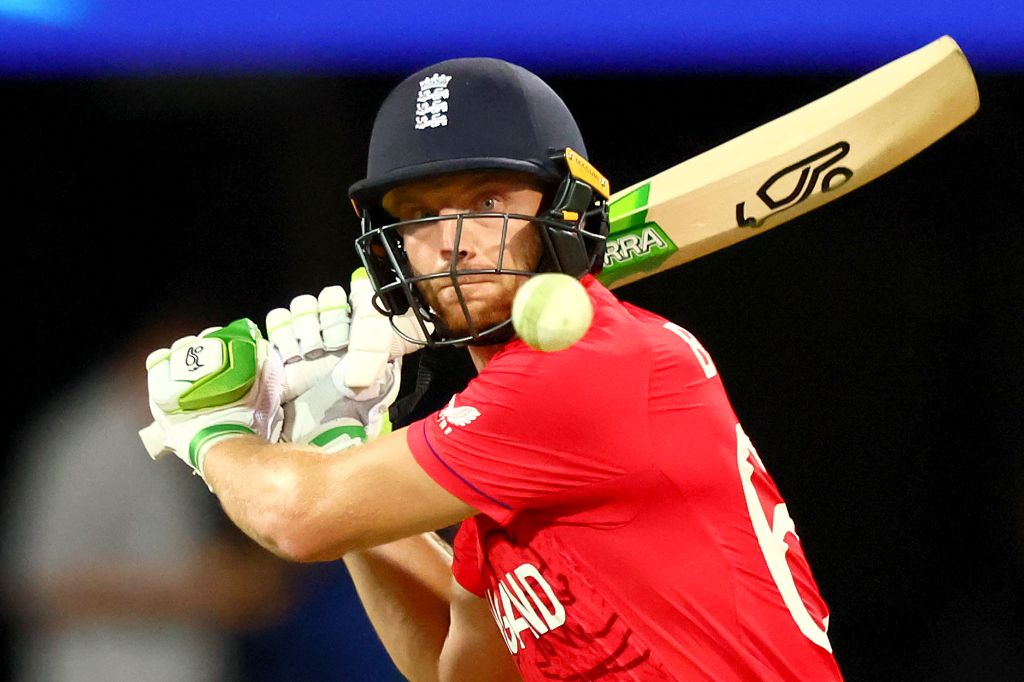 England held their nerve to clinch a 20-run victory in Brisbane and reignite their World Cup hopes following a shock defeat to Ireland last time out.

A much-anticipated clash between England and defending champions Australia was washed out in-between England’s defeat to Ireland and today’s group game against New Zealand.

New Zealand, the 2021 T20 World Cup runners-up, lost both openers in the powerplay but a 91-run partnership between the destructive Glenn Phillips and the classy Kane Williamson set up a tense finale.

The Black Caps needed 61 to win from the final 31 balls but then lost four wickets in four overs, Phillips finally going for a brilliant 36-ball 62 after earlier benefiting from an incredible drop from Moeen Ali.

England’s win moves them to second in Super 12 Group A on five points, level with leaders New Zealand and third-placed Australia.

Buttler’s side will qualify for the semi-finals if they beat Sri Lanka on Saturday, as long as Australia do not beat Afghanistan a day earlier and also overturn England’s significant net run-rate advantage.

‘I said at the toss you don’t become a bad team overnight,’ Buttler said.

‘We had a bad performance but we know we’ve got great players in our line up so there was still lots of confidence in the group and we left it all out there tonight.

‘It is a ruthless tournament. Last year we saw South Africa go out having won four out of five games, so it can be tough to get through.

‘But now we know it’s all in our hands and you expect to be under pressure in World Cup cricket, that’s what it’s all about.

‘With our line up we bat deep and it allows me to take it on maybe an over earlier than you normally would. The wicket was tricky, it was tough against the spin, but Alex Hales played really well at the other end to get us on our way and it took the pressure off me.

‘We are going to keep being flexible with the batting order, the game shapes up in different ways and we were finding the spin tough so it was good to get a left hander in early.’

‘We chose to bat first and I think the guys batted beautifully. Jos and Hales at the top and then the other guys chipped in.

‘It felt like we hadn’t played in a while because of all the rain and travel – but what a great win against a New Zealand playing well. Now we travel to Sydney for another must-win game against Sri Lanka.’