DAVID LLOYD: Bowlers must be told to warn batters first about ‘Mankad’ dismissals after the Charlie Dean controversy… and it’s time for the MCC to tweak the wording of the ambigious law

India were booed at Lord’s after winning the third ODI against England on Saturday — after a controversial ‘Mankad’ run out of Charlie Dean by India’s Deepti Sharma with England nine down but 17 runs from victory.

As Sharma prepared to deliver the ball she stopped, with non-striker Dean out of her crease backing up, and whipped off the bails. It was a legal run-out and India celebrated a 3-0 clean sweep of the series.

Were they just abiding by the rules or going against the spirit of cricket? Here former England player, coach and umpire David Lloyd gives his verdict… 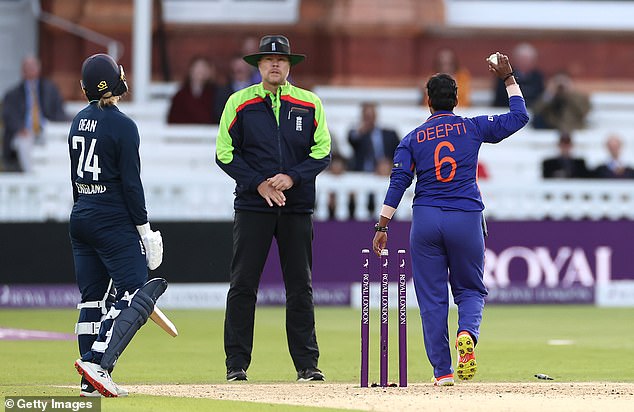 The first thing to say about what happened at Lord’s on Saturday evening is quite simple: batters, stay in your ground! If you do that, this debate becomes null and void.

Charlie Dean was incredibly dozy and England paid the price. Basically, Deepti Sharma and India’s captain Harmanpreet Kaur were more aware of the situation than she was. Dean can have no complaints.

It used to be the case — and we’re talking years ago here — that instances of batters trying to steal ground were policed by the players.

At Lancashire, my team-mate Peter Lever, a real competitor, would occasionally stop at the end of his long run-up and have a word if he thought the batter was taking liberties. I never saw him run out the non-striker, because the warning always did the job. 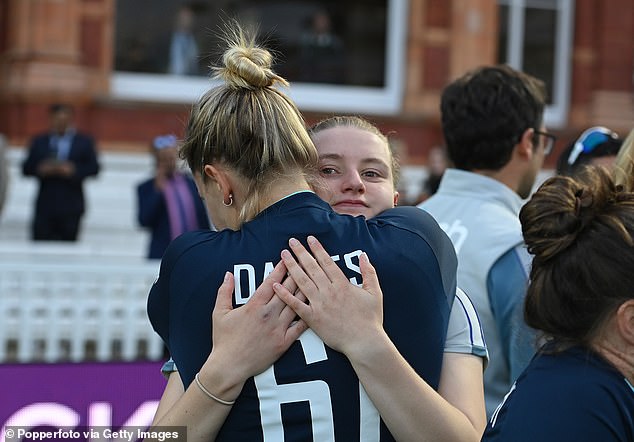 Dean was left in tears after the controversial dismissal, but can have no complaints

And that brings me to my next point. If the law was clarified, we’d avoid the furore that occurs every time someone is dismissed in this way — and let’s be honest, it’s happening more and more.

I’d make two changes. First, I’d make it obligatory for a bowler to warn a batter first. That way, everyone understands what’s going on. And if the batter ignores the warning, then he or she is fair game. It’s a bit like a warning for running on the pitch.

Second, I’d tighten up the wording of the law. As it stands, the batter has to stay in the crease until the moment the bowler ‘is expected to release the ball’.

For me, that’s too ambiguous. What we need is a physical description of that moment. It could be when the back foot lands, or when the arm reaches its highest point. Whatever it is, we need something more concrete than what we currently have. 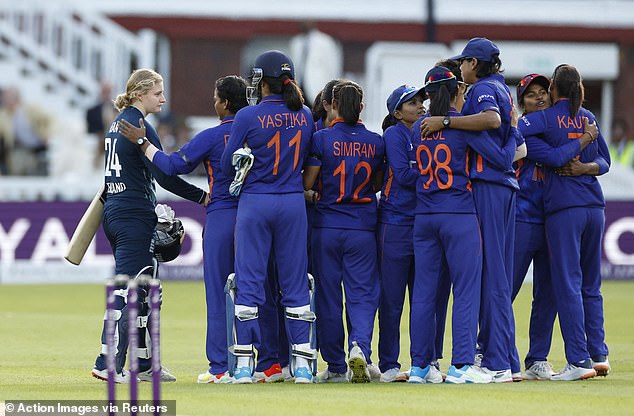 The Indian players celebrated the wicket, but may have felt aggrieved if it was the other way around

I’d also say that we do seem to have a culture clash on the issue, with England fans up in arms about the spirit of the game and Indian fans cheering on what Sharma did on Saturday.

I do wonder, though, whether my Indian friends would react in the same way if Virat Kohli was run out in that manner by, say, Stuart Broad. It does seem at times as if people support or criticise this manner of dismissal when it suits them.

That said, I do sympathise with the bowlers, because they’re just playing to the current law. If you’re listening, MCC, it’s the law that needs tweaking.