The batsman has been sent back to the pavilion, and there is a new batter at the crease.

The Marylebone Cricket Club has approved amendments to the laws of the game which will see the gender-neutral terms “batter” and “batters” replace “batsman” and “batsmen”. 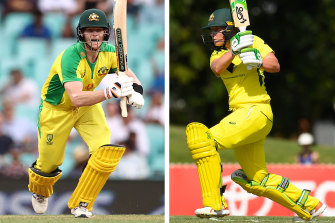 The new terminology, effective immediately, has been brought in to “reinforce cricket’s status as an inclusive game for all”, the MCC – the custodians of the laws of cricket – said in a statement on Wednesday.

The move will no doubt raise the hackles of some, who will deride the change as political correctness gone mad. Some fans may also object to a term used in baseball being formally recognised in cricket.

Western Australia Cricket Association chief executive Christina Matthews, a former Australia international, called for the game to introduce gender-neutral terms in February 2017, but when the laws were redrafted in April that year it was agreed, after consultation with the International Cricket Council and key figures in women’s cricket, that “batsman” and “batsmen” would remain.

But, with the rise of the women’s game, there has already been a shift among governing bodies, commentators, media and players – both male and female – to the word “batter”.

“The changes announced today reflect the wider usage of the terms ‘batter’ and ‘batters’ which has occurred in cricketing circles in the intervening period,” the MCC said in the statement.

“The move to ‘batter’ is a natural progression, aligning with the terms of bowlers and fielders that already sit within the laws.”

The MCC’s assistant secretary of cricket and operations Jamie Cox said the term reflected the changing landscape of the game.

“Use of the term ‘batter’ is a natural evolution in our shared cricketing language and the terminology has already been adopted by many of those involved in the sport,” the former Tasmania batsman and Australia selector said. “It is the right time for this adjustment to be recognised formally and we are delighted, as the guardians of the laws, to announce these changes today.”

The change comes at a time when world cricket is grappling with the full member status of Afghanistan, whose future in the game is unclear after the Taliban indicated it would not support women playing.

The appropriateness of gender-specific terms such as the fielding position “third man” and “nightwatchman”, a term used to describe a lower-order batter being sent to the crease late in the day to protect a more accomplished batter, will likely now be widely debated in cricket circles.

“Here we are, in 2017, using terms such as 12th man, batsman, fieldsman and nightwatchman without a second thought,” Matthews told the PerthNow website in 2017.

“In my view, there’s no commonsense reason why [the terms can’t be changed]. I think it’s just something people have held on to.

“Words matter, and words demonstrate respect as well. By not changing the terms, you’re disrespecting half the population.

“I’m not saying people are deliberately trying to offend but it’s a bit like bullying – whether you’re bullied or not is dictated by the person who is on the end of it, not the person who’s doing it.”