The hunt was on last night for the intended recipient of banned drugs ahead of the 2012 Olympics, as British Cycling’s golden era was left in tatters by a bombshell verdict that its former doctor had ordered -testosterone for an unnamed rider.

Calls for UK Anti-Doping to unearth the cyclist or cyclists who may have cheated were widespread after a medical tribunal sensationally found former British Cycling and Team Sky doctor Richard Freeman guilty of ordering the performance-boosting drug to the national velodrome in 2011 “knowing or believing it was to be administered to an athlete to improve their -athletic performance”. 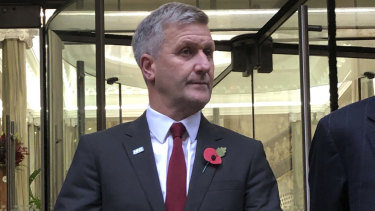 The decision handed down by the independent Medical Practitioners Tribunal Service cast a shadow over an entire generation of British riders and led to calls for Sir Dave Brailsford to be suspended by Ineos Grenadiers (formerly Team Sky) pending a full investigation. On a dramatic day, which could have huge ramifications for the sport in the UK:

The ruling, which triggered arguably the biggest drugs scandal ever to engulf British sport, was the latest twist in a saga which has dragged on for more than two years.

Freeman, who was suspended by British Cycling four years ago and now works as a GP in Lancashire, has since been charged by UKAD with two anti-doping rule violations: Possession of prohibited substances and/or prohibited methods and tampering or attempted tampering with any part of doping control. The 44-page report did not name any riders, nor did the General Medical Council, which brought the charges against Freeman, manage to establish the identity of any athletes involved. 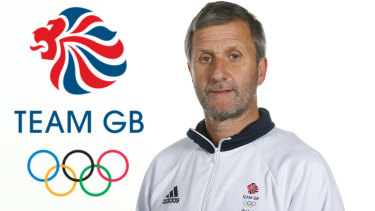 Freeman was found guilty by the tribunal, on the balance of probability, of ordering a batch of Testogel patches to the velodrome in 2011 “knowing or believing it was to be administered to an athlete to improve their athletic performance”.

He was also found guilty of “concealing” his conduct by orchestrating an elaborate cover-up.

The doctor had claimed he was “bullied” into ordering the drugs by Sutton, to treat the Australian’s alleged erectile dysfunction. But Sutton vehemently denied he ever suffered from the condition and the tribunal described Freeman’s version of events as “implausible”. It is unclear whether Freeman will appeal against the ruling.

Damien Collins, the former chairman of the DCMS select committee which spearheaded its own inquiry into doping claims against Team Sky, said Brailsford should apologise for what took place on his watch.

“It’s important that we understand which cyclist or cyclists this was for and whether he [Freeman] ordered this of his own initiative or someone asked him to do it,” Collins said.

Clive Efford, the former shadow sports minister and now a member of the DCMS select committee, called for Brailsford “and anyone else in charge at British Cycling and Team Sky at the time” to stand aside.

“There are questions to be answered and people should be suspended while this is investigated,” he said, adding the ruling exposed Team Sky’s “zero tolerance” approach to doping as “a tissue of lies”.

Neither Brailsford nor any riders from British Cycling’s golden era – which included 24 medals at the 2012 and 2016 Olympics, and six Tour de France victories between 2012 and 2018 – made any comment yesterday, but his team, now called Ineos Grenadiers, released a statement in which they acknowledged Freeman’s actions “fell short of the ethical standards required of him as a doctor”. The team added they did not believe any athlete ever used or sought to use Testogel or any other performance-enhancing substance.

Sutton said in a statement: “It has caused great pain to me and my family. But it also saddens me that this episode has cast a huge shadow over the success we enjoyed. I’d like to stress neither I nor Sir Dave Brailsford knew about the -testosterone order. But it’s important to find out who the -doctor ordered it for.”

Freeman’s hearing continues next week, when the panel will begin to consider his fitness to practise.

Bailey in race against time for Gold Cup hope Vinndication