Shamardal, a dual-Classic winner in France and one of Europe’s pre-eminent stallions, has died at the age of 18.

The son of Giant’s Causeway was yesterday sadly euthanised at Kildangan Stud as a result of health issues, bringing to an end a career at stud which saw him become just one of four European sires to produce three individual Group 1 winning two-year-olds in a single season.

Last term, Shamardal not only generated a trio of winning juveniles at the highest level, but three unbeaten colts in Pinatubo, Earthlight and Victor Ludorum to cement his place as a Darley Stud heavyweight. 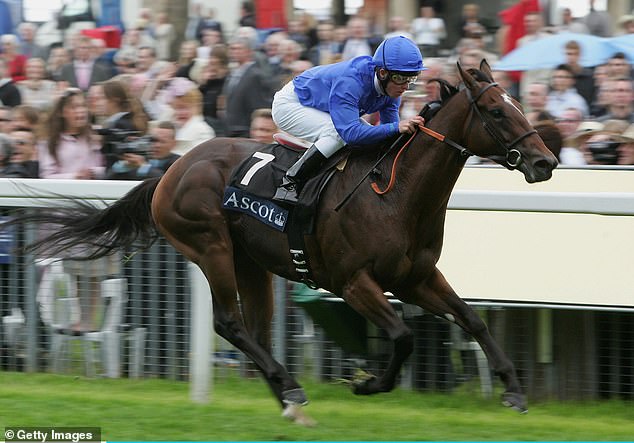 Shamardal, a dual-Classic winner in France, has died aged 18 due to health issues

Champion two-year-old when in the care of Mark Johnston, Shamardal was transferred to Godolphin, and Saeed bin Suroor, at the end of his juvenile season.

After losing on the dirt at Nad Al Sheba, Shamardal returned to Europe to win the Poule d’Essai des Poulains – the French 2,000 Guineas – and Prix du Jockey Club at three.

He concluded his racing career at York (where Ascot’s Royal meeting was staged in 2005), seeing off another quality field in the St James’s Palace.

His former trainer bin Suroor said: ‘We were all very sad to hear of the passing of Shamardal. He was a Champion two-year-old and became one of Godolphin’s best horses, winning two Classics in France as well as the St James’s Palace Stakes.

‘He went on to establish himself as a top sire,producing exceptional horses throughout the world, and everyone is going to miss him. It is a sad day, but I am sure that his progeny will continue his legacy both on the racecourse and in the breeding sheds.’ 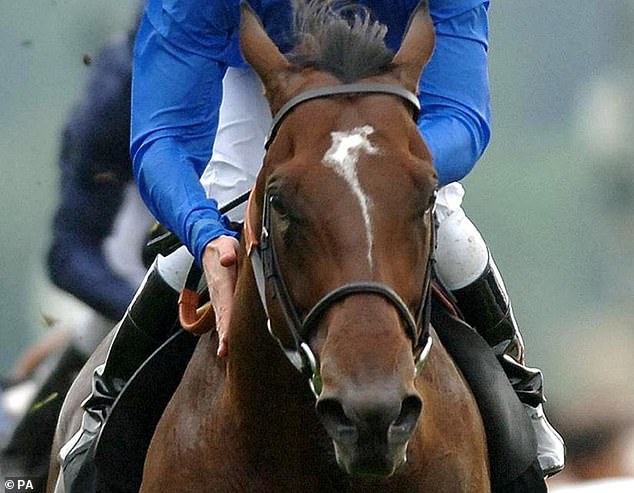 Punters back Through The Cracks to take out feature on Saturday

‘He owes us nothing’: Prince of Arran’s race future in doubt