England batsman Ollie Pope is facing around four months on the sidelines as he requires surgery after dislocating his left shoulder in the third and final Test against Pakistan earlier this week.

Pope – who suffered an identical injury while playing for Surrey last summer, leading him to miss three months of the county season – was visibly discomforted when he landed awkwardly after diving to prevent a boundary on Monday.

He left the field immediately and underwent an MRI scan in London on Wednesday before being reviewed by a consultant on Thursday, and it has been decided he will have an operation in the next couple of weeks. 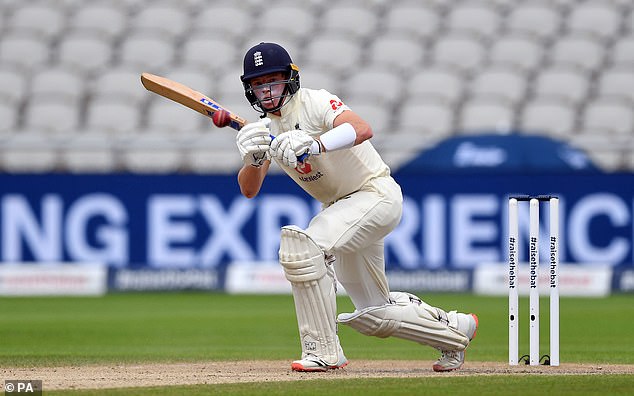 England said in a statement: ‘England batsman Ollie Pope has been ruled out for up to four months after dislocating his left shoulder during the £raisethebat third Test against Pakistan at the Ageas Bowl.

‘It is hoped that Pope will return in time for England’s winter tours of Sri Lanka and India starting in the early part of 2021.’

The injury is a sizeable blow for Pope, who is facing another lengthy rehabilitation stint with the Surrey and England medical teams, meaning he will miss the rest of the Bob Willis Trophy and Vitality Blast campaigns. 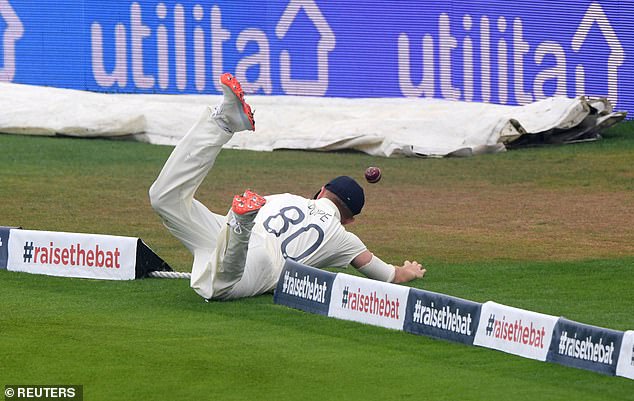 However, with Joe Root’s side not due to take the field again for another few months at least, Pope is in rush to hurry along his recovery.

The 22-year-old was an ever-present in the behind-closed-doors Test series wins against the West Indies and Pakistan.

He registered half-centuries against both sides, including a 91 in the final Test against the Windies to help seal a 2-1 series victory. However, he averaged an underwhelming 26.87 across the six Tests this summer.