Stuart Broad has been ruled out for the rest of England’s summer with a torn calf.

The 35-year-old was due to win his 150th Test cap against India at Lord’s but the chances of him making a landmark appearance at the world’s most famous ground disappeared when he injured himself during training in the build-up.

The grade three tear will keep Test cricket’s sixth most prolific bowler in history sidelined for between 10-12 weeks. 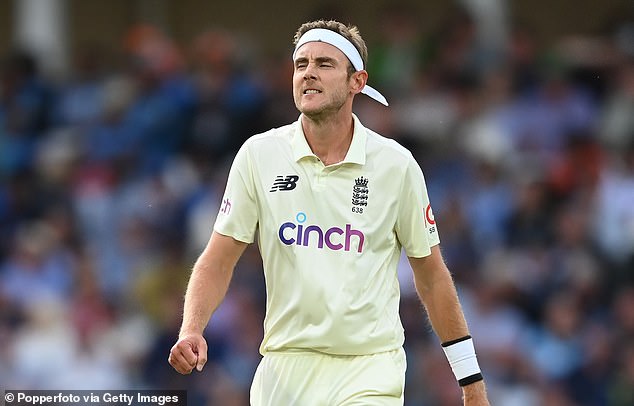 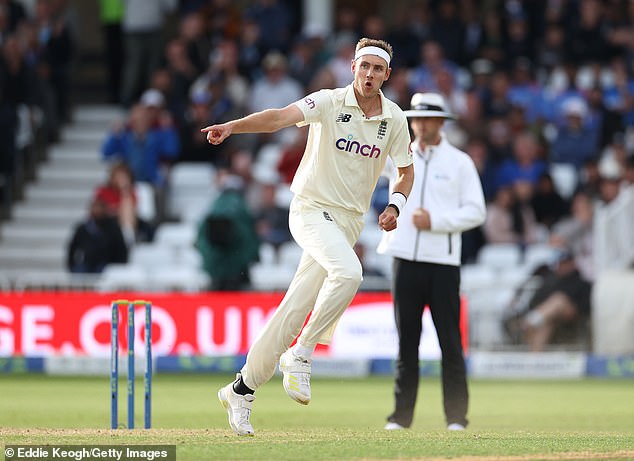 That should see Broad back to bowling at full capacity by early November, the month in which the Test specialists are due to travel to Australia for the Ashes.

He was struggling to put weight through his right leg on Wednesday when he was dispatched for scans on both his calf and Achilles.

Broad jumped over a hurdle in practice on Tuesday and twisted his ankle upon landing. He then felt a whip-like sensation on the back of the leg when he made his next step and turned around to discover no-one was near him. 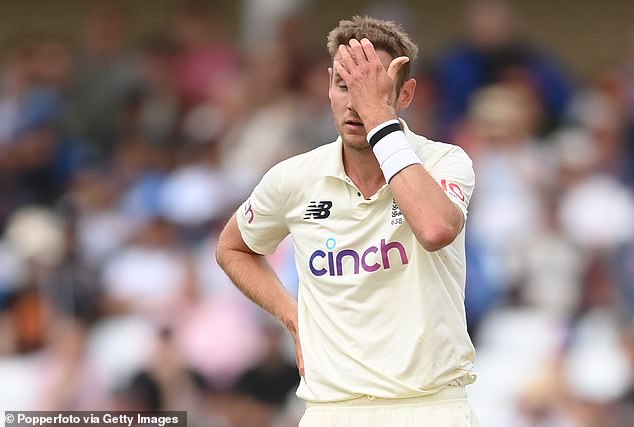 ‘England seamer Stuart Broad has sustained a tear to his right calf and has been ruled out of the LV= Insurance Test series against India,’ read a statement from the ECB. ‘He underwent an MRI scan in London on Wednesday lunchtime, which revealed a tear.’

Broad’s injury lengthens England’s list of missing pace bowlers just a fifth of the way into the series against Virat Kohli’s team.

Jofra Archer and Olly Stone, two of the three 90-mile-per-hour merchants in the ECB’s armoury, have been sidelined until 2022 with stress fractures of the elbow and back respectively while all-rounder Ben Stokes will not be back by the time the India series concludes in mid- September.

Jockeys did not cooperate with police, says informant in Weir case