Head coach Chris Silverwood has reiterated that England’s first port of call is to win the third Test, with James Anderson’s 600th Test wicket a neat bonus if and when it comes.

Anderson finished day four on 599, picking up the solitary wicket of Abid Ali as Pakistan finished a rain-affected day four on 100 for two in their follow-on innings. The tourists are 211 runs from making England bat again, which will be unlikely with the 98 overs remaining in the day and, more presciently, further bad weather forecast for Tuesday.

Though England, with a 1-0 lead coming into this third and final Test at the Ageas Bowl, will register a first series win over Pakistan since 2010, Silverwood is keen to cap off the summer of bio-secure Test cricket with a win.

“It would be fantastic,” he answered when asked of Anderson being so close to 600. “But more importantly is for the guys to come out tomorrow and put their best foot forward. I’m very proud of how they’ve handled themselves being locked up for 10 weeks.

“I want to win the game tomorrow. That’s my first and foremost.”

Silverwood also refuted the idea that England’s fielders were wary of Anderson becoming the first seamer to reach the landmark and, perhaps, nervous on behalf of him. It would explain why four catches have gone down in his last 37 deliveries bowled, the last of which came 4.3 overs into Monday’s play when Jos Buttler totally missed a routine edge from Shan Masood. Anderson, naturally, was irked.

“I don’t think anyone wants to drop catches. We’re all aware of the milestone, but he’ll get there. Hopefully tomorrow.”

“Last night was gloomy. And Jos’ wobbled horrible off him. We’re out there every morning. It’s not like they’re not working on it. We’ll work even harder. I thought Jimmy handled himself very well. You’ve got to accept these things happen.”

Anderson, though, was just one of an attack who toiled on what was admittedly a flat track here. Stuart Broad took the other wicket – Masood trapped leg before – but Jofra Archer, Chris Woakes and Dom Bess were unable to cause any kind of trouble in the 31 overs between them. 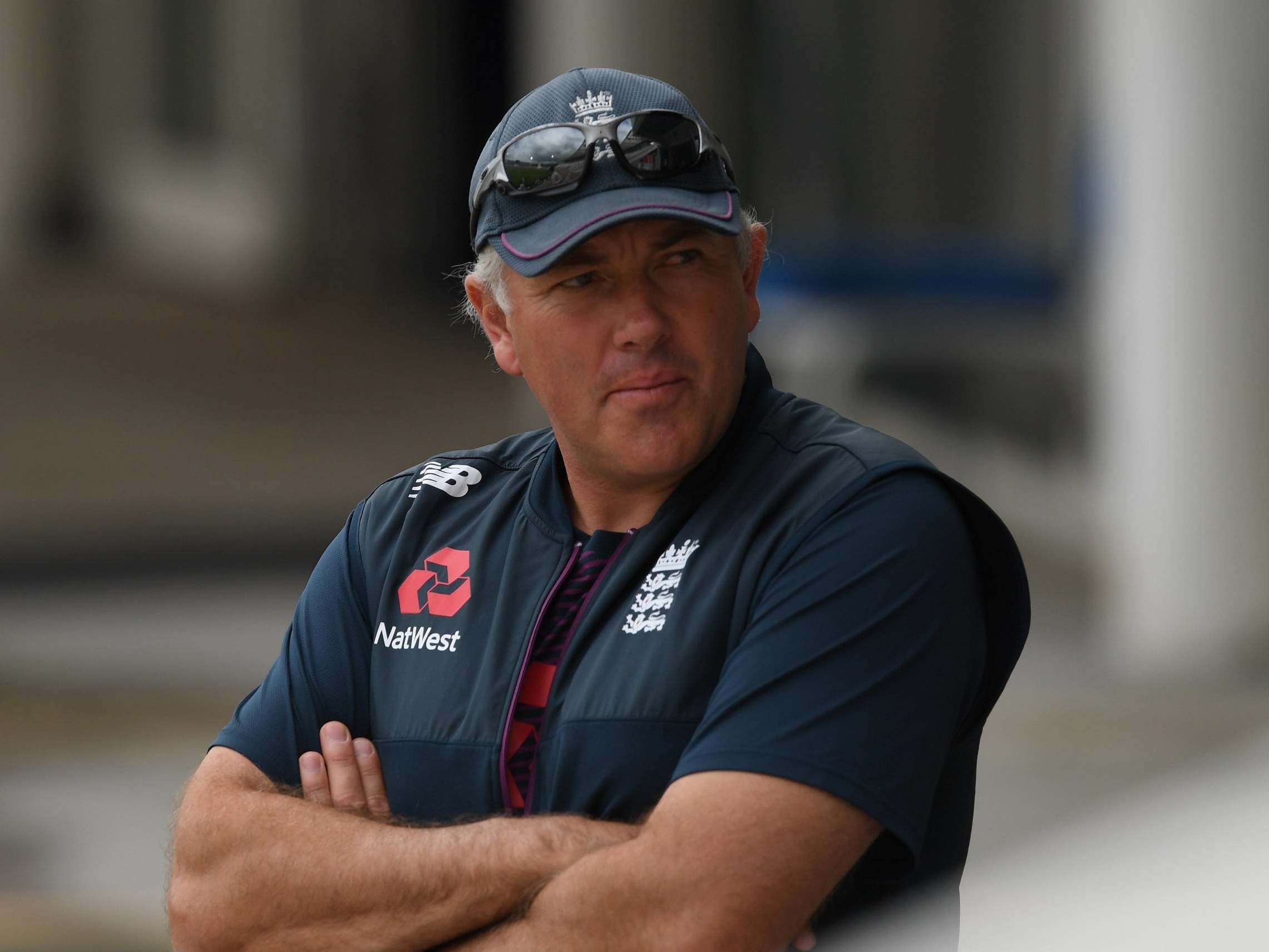 Going forward, it remains a slight concern that England may not have enough to take 20 wickets on truly flat pitches. And though we are at the end of a tough period of cricket, with six Test matches back to back and little opportunity for players to unwind due to having to stay on-site in the bio-secure bubbles either here or at Emirates Old Trafford, it looked particularly notable in the middle.

“I’m happy with the attack we’ve put out there,” countered Silverwood when it was proposed that this was a case of fatigue. “We didn’t bowl a lot in the last Test. But the wicket is slow and there’s not a lot of movement. So we have to grind it out.

“I thought we were good. We stuck to our plans, our discipline was there. It was goof practise for going abroad. But it shows you the important of the new ball. Making an impact with that new ball is important.”

Silverwood also praised Archer’s work. Though he is wicketless in the match so far, returning nought for 58 from his 17 overs in the first innings, he was quick for his nine overs this time – which went for just eight runs – and veered between probing lines and the sort of short-pitch spells that Joe Root usually turns to Ben Stokes for. That was triggered by conversations going into this match which seem to have been heeded by Archer.

“We made it clear before this Test; we sat down with him and made it clear what we wanted him to do. I’m very pleased with how he’s conducted himself.”