Jofra Archer and Chris Woakes both strikem with Pakistan captain Azhar Ali trapped lbw for a duck, as England make inroads on first morning of opening Test at Old Trafford

Jofra Archer and Chris Woakes made the crucial breakthroughs for England on the opening morning of their series with Pakistan.

Having won the toss and elected to bat despite gloomy conditions at Old Trafford, Pakistan reached lunch on 53 for two.

After openers Shan Masood and Abid Ali got Pakistan off to a solid if unspectacular start during the first hour, it was the electric pace of Archer that made the difference. 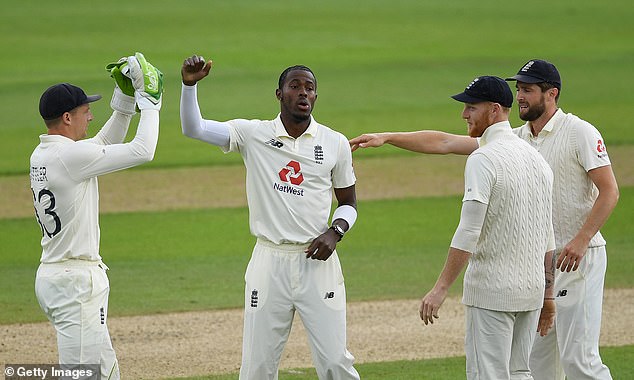 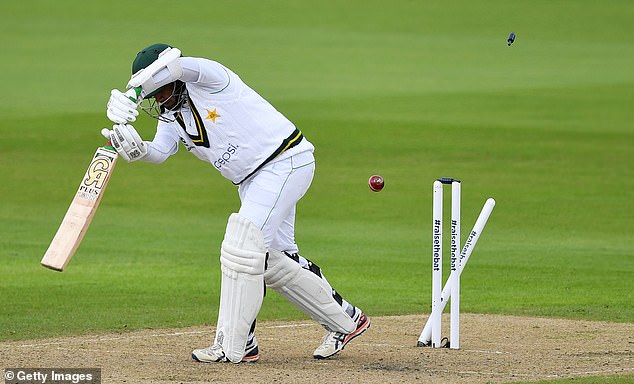 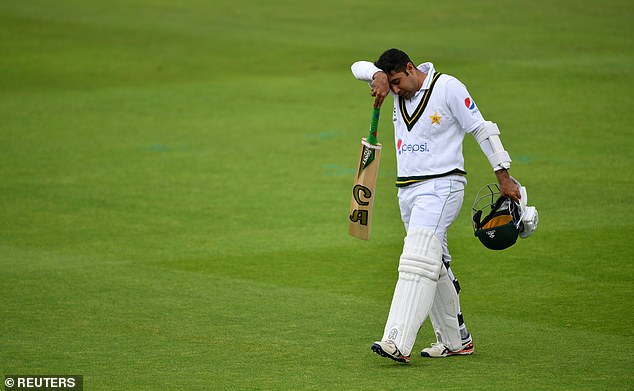 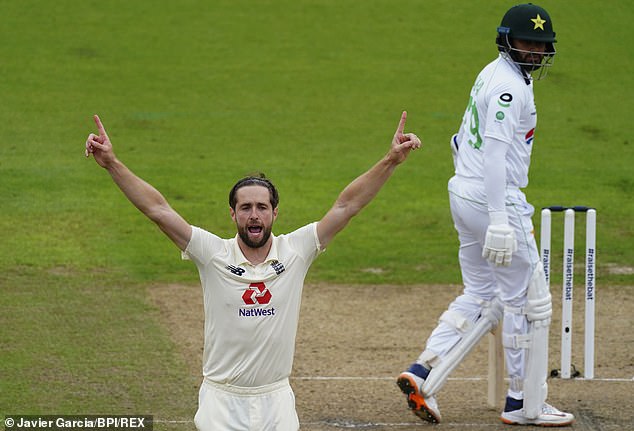 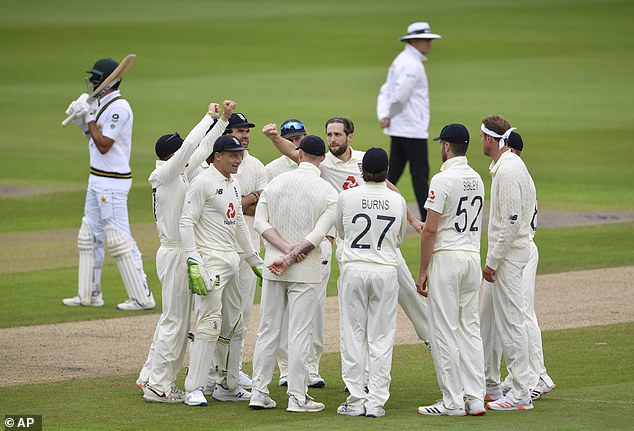 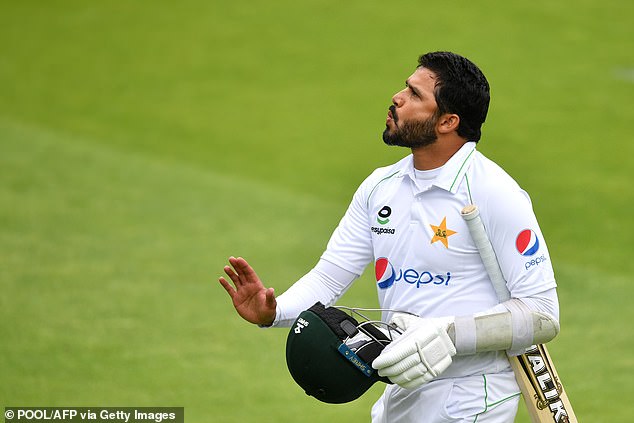 Archer spent one over getting back into his stride, pushing the openers back and then started his second by getting one to nip back off the pitch, beat Ali’s defence and send his off-stump toppling.

The tactic with Azhar Ali was to target the stumps with length and Woakes thumped the Pakistan captain on the front pad as he looked to get off the mark with a flick to leg.

Umpire Richard Illingworth raised his finger and the captain was misguided in reviewing the decision.

Pakistan reached lunch on 53 for two with Masood soaking up 80 balls for his 27 not out and star batsman Babar Azam off and running with four having taken 15 balls to get off the mark.

That was because Archer and Woakes continued to apply pressure in the minutes before lunch with England returning to the pavilion in optimistic mood.

It will rest on this pair to try and propel Pakistan to a decent total during the remainder of the day with England keen to capitalise on bowler-friendly conditions in Manchester. 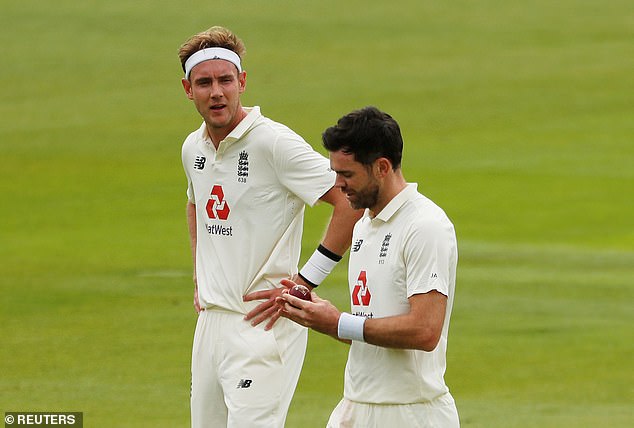 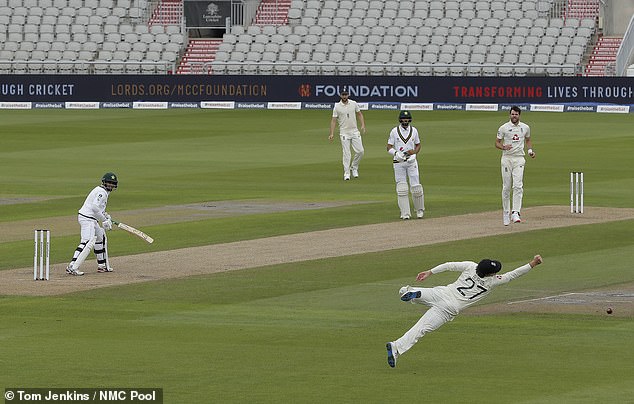 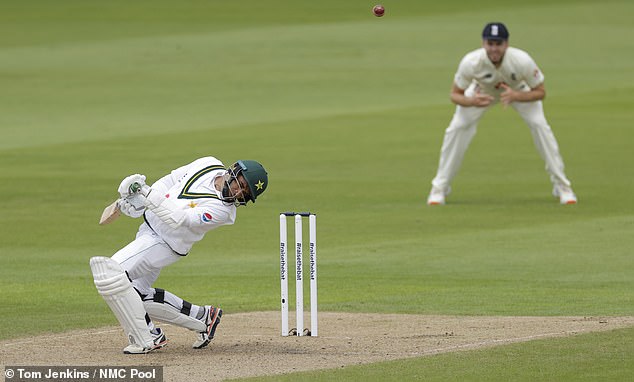 Earlier, England had named an unchanged team for the first of three Tests against Pakistan, having completed a 2-1 series win over West Indies last week.

But uncertainty over the fitness of talisman Ben Stokes, struggling with a quad injury, meant he could only play as a specialist batsman and not bowl.

That led to the pace bowling quartet of James Anderson, Stuart Broad, Woakes and Archer being retained with Sam Curran and Mark Wood left on the sidelines.

England skipper Joe Root said of Stokes: ‘With the weather we’ve had in the practice days he’s not had enough opportunity to fill himself with the confidence in his body.

‘He will play as a batter but who knows throughout the week he might feel like he’s coming along and he might play some part with the ball but we felt it was too big a risk to play him as an all-rounder.’

The Test marked the start of an ICC experiment, with the TV umpire monitoring front foot no-balls but England were not pulled up for overstepping in the initial session. 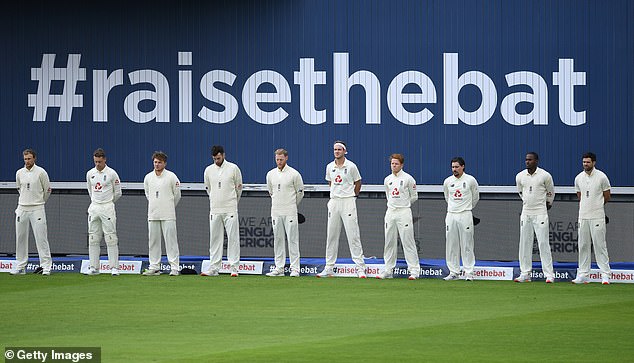 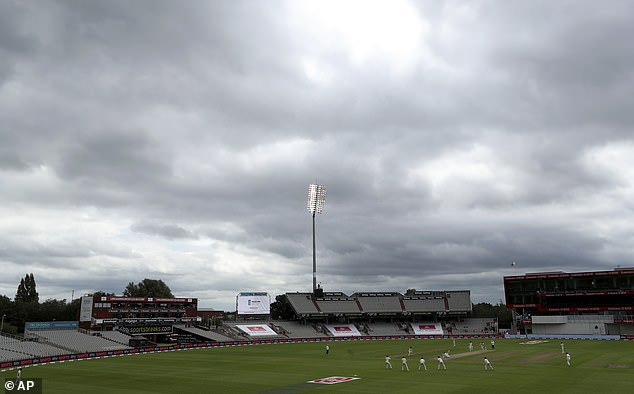 Pakistan won the toss and decided to bat first under gloomy skies at Old Trafford, Manchester