Jack Leach said he no longer takes playing for granted after celebrating his England comeback with the second five-wicket haul of his Test career.

Fittingly, his return of five for 122 in Galle came a year to the day since he arrived home from South Africa after being forced off the tour due to poor health.

The Somerset left-arm spinner confessed that episode – he fell ill after contracting sepsis in New Zealand earlier that winter – put his professional life into context. 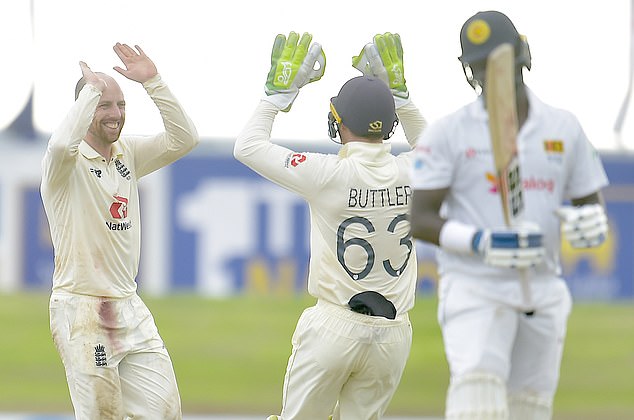 ‘Being completely exhausted, then not able to return to a good enough level to play in that series and to return home early, I found that a tough experience to go through,’ said the 29-year-old, who suffers from Crohn’s disease.

Being rusty in his first Test – and indeed only third first-class appearance – for 14 months was understandable.

But Lahiru Thirimanne, Sri Lanka’s second-innings centurion in a score of 359 that left Joe Root’s team needing 74 to take a 1-0 lead in the series, reckoned Leach and spin twin Dom Bess produced better bowling speeds for the pitch on day four than they had during inconsistent starts to the match. 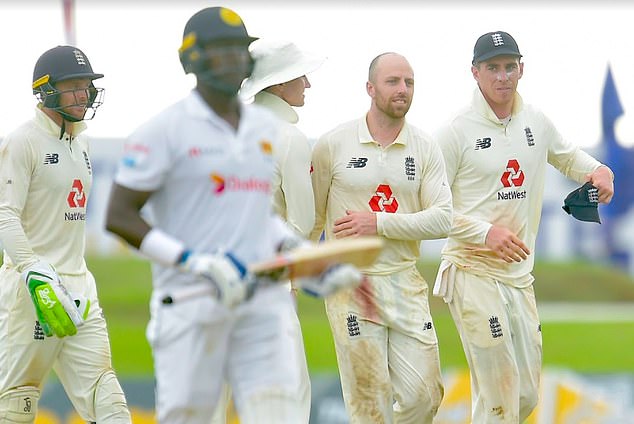 ‘It got better, which is a good sign, but I try and use those lows to propel me on to highs and it puts things into perspective.

‘If I’m healthy and fit and able to play, that’s the main thing – I don’t take that for granted,’ Leach added.

‘Right now I feel pretty tired, the body is sore, but I’m just taking it a day at a time – one thing I’ve learned is you never know what is around the corner.’

Irish Arkle next for impressive Energumene