England’s mediocre white-ball summer continued on Thursday night as South Africa thrashed them by 58 runs in the second T20 international at Sophia Gardens.

The result means Jos Buttler will have to lead his side to victory in Sunday’s decider at the Ageas Bowl if he is to emerge from his first summer with as white-ball captain with any kind of series win. It is not a scenario to inspire confidence ahead of this autumn’s T20 World Cup in Australia.

England’s failure to get close to South Africa’s total of 207 for three, built on a powerful unbeaten 96 off 55 balls from Rilee Rossouw, was just the latest stumble in a summer full of them. 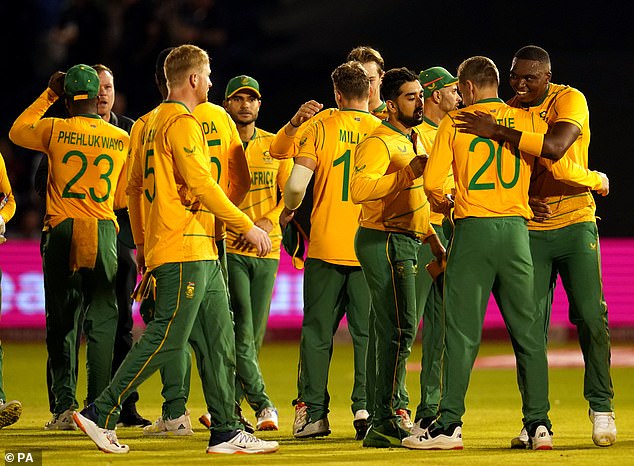 If Wednesday’s six-laden victory in Bristol had encouraged hopes that the Buttler era was about to emerge from the shadow of Eoin Morgan, then this performance scotched that notion.

England have now won four of their 10 completed limited-overs matches this summer against India and South Africa, and been on the wrong side of the lone rain-affected no result.

And they have got themselves into a horrible pickle over Jason Roy, the opener who once embodied their fearlessness but now looks a diminished figure, devoid of timing and confidence. Southampton may be his last chance to prove he should be taken to the World Cup.

Batting looks a chore right now for Roy. Singles are taken in a sulk, as if he’s busy berating himself for failing to make the desired contact.

In Bristol, he turned for the pavilion with the ball still in the air, which meant the new batsman, Jonny Bairstow had to face the next ball, rather than Dawid Malan, who was already established at the other end. It was the act of a player for whom the game is weighing heavily.

Cardiff brought him no uptick in fortunes. After labouring to 20, he miscued his 22nd delivery, from left-arm wrist-spinner Tabraiz Shamsi, to mid-off, and could barely drag himself to the pavilion. 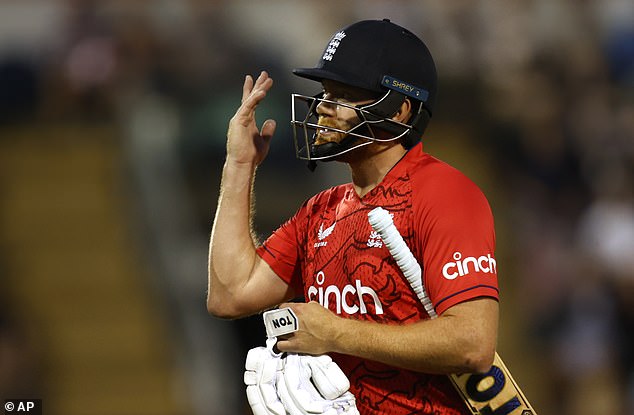 Roy’s calling card used to be his selflessness, as Morgan rarely tired of pointing out. Yet since he milked easy runs in the Netherlands, he has scored at quicker than a run a ball in only three innings out of 10. More often than not, he has clogged up an end, putting pressure on his team-mates and a skip in the step of opponents.

Buttler, though, insisted he has not lost faith. ‘T20 cricket is brutal, because it demands you need to keep taking risks,’ he said. ‘Jason’s been a huge part of that, and teams are scared to bowl to him, so you just have to remind him of that.’

For the second time in two days, Buttler himself lost control just as he was finding fifth gear. After taking 16 off Andile Phehlukwayo’s first three balls, he skyed the fourth into the leg side and was comfortably caught by Reeza Hendricks for 29 off 14.

Ten innings as England’s full-time white-ball leader this summer have produced just one score over 30, and the sense that he is yet to come to terms with the triple onus of keeping wicket, opening the batting and captaining the side.

Malan, too, fell in search of the quick runs Roy was failing to provide, top-edging a hoick off Keshav Maharaj’s left-arm spin. And by the time Roy departed, England had taken 8.3 overs to reach 77 – hardly sluggish, but not what the circumstances demanded. 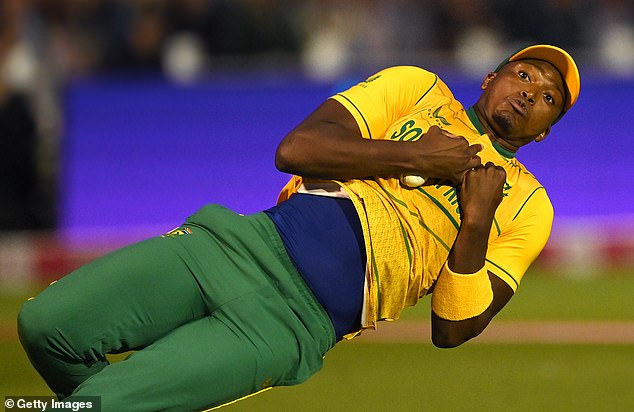 The innings unravelled from there as they slumped to their first T20 defeat at Cardiff in nine games.

A pumped-up Shamsi, cannon fodder in Bristol, had Moeen Ali and Sam Curran well held by Maharaj at long-on in the same over. And a scoreline of 92 for five was beyond even Bairstow, though he bristled with his customary intent during an innings of 30.

Liam Livingstone, another who has mislaid his best form, edged Phehlukwayo behind for 18, taking England’s last hopes with him. A total of 150 was thin gruel at a ground where the short straight boundaries have usually rewarded their power game.

South Africa were grateful for the clean hitting of Rossouw, even if he has not always been the flavour of the month.

He once labelled the national one-day side ‘chokers’ on Twitter after they were knocked out of the 2015 World Cup by New Zealand, and in early 2017 opted to become a Kolpak cricketer with Hampshire not long after scoring an ODI hundred against Australia.

He is now 32, and his appearance in Bristol was his first in South African colours for nearly six years.

The tourists have so far rested Rassie van der Dussen and Aiden Markram from this series, while captain Temba Bavuma has been missing with injury. But on this evidence, they will need Rossouw’s power hitting at the World Cup in Australia: ten fours and five sixes were more on both counts than his team-mates managed in total. 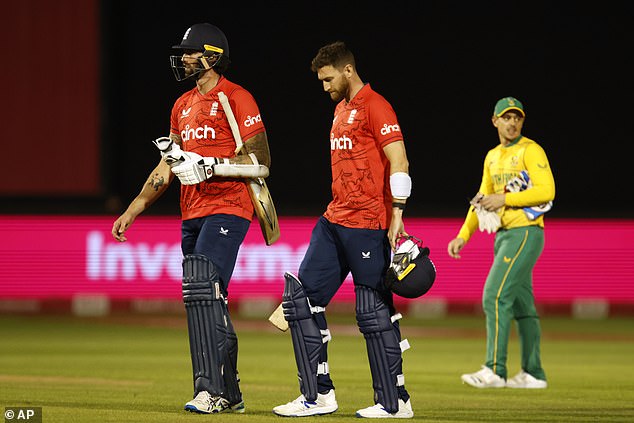 But for a superb final over from Chris Jordan, who conceded just four, Rossouw would have celebrated his return with a memorable hundred.

There was also another half-century from opener Reeza Hendricks, who the day before had got there from 28 balls and here needed only 29.

It all left Buttler to reflect on the need for victory on Sunday.

‘We haven’t won a series yet this summer, and that’s something we’re not accustomed to as a group,’ he said. ‘But this is a start of a new cycle of a team, and I feel like that’s showing a little bit. We’re still working ourselves out and we need to do that quickly.’