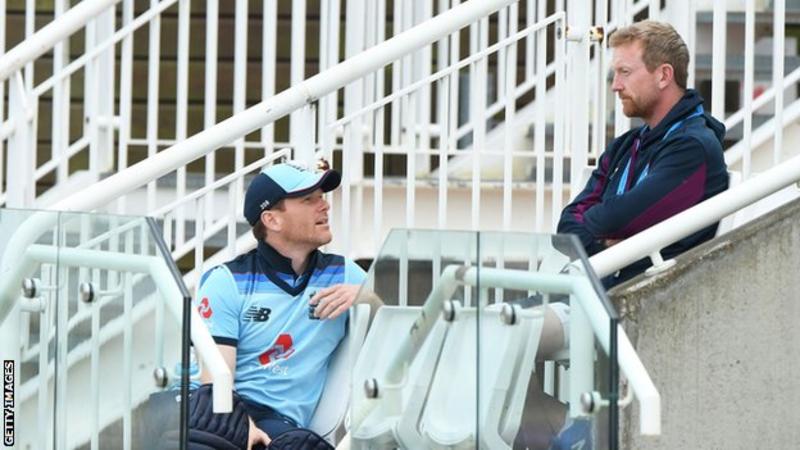 England captain Eoin Morgan has described Thursday’s first one-day international against Ireland as “the start of a new journey in many ways”.

It is his side’s first home ODI since their World Cup win in July 2019.

“Throughout the whole winter we were outspoken in giving guys opportunities,” said Morgan, 33.

“With the restrictions that Covid has now had in different formats of the game, it does present other opportunities for young guys to come in and stake their claim – both for the up and coming two T20 World Cups but also the 50-over World Cup.”

This series, with all three games played at the bio-secure Ageas Bowl without spectators, marks the start of the International Cricket Council’s World Cup Super League – the qualification pathway to the next 50-over World Cup where England will look to defend their title in India in 2023.

Morgan on lockdown – and fatherhood

Meanwhile, Morgan himself has reflected how life in lockdown because of the coronavirus pandemic coincided with his becoming a father.

“My wife gave birth to our first child two weeks before lockdown, so we were busy changing nappies and just trying to keep our child alive for that period of time,” he said.

“It was an incredibly exciting period for us as a family so that definitely helped our perspective on such a terrible time.

“I was only meant to be around for the first two weeks after his birth and then I would have been shooting off to the Indian Premier League and coming back to a full summer of cricket, so I feel incredibly lucky – I don’t think we’ll ever get that time together as a family again – three-and-a-half months together was very special.”