A heartbreaking two-wicket defeat in Sydney in 1907-08, Jeff Thomson snarling all the way to a home win at the Gabba and Andrew Flintoff’s men losing after DECLARING their first innings on 551… England’s five worst defeats in Australia

England’s quest to regain the Ashes on Australian soil begins next week, with Joe Root’s men set to take on Pat Cummins’ side in Brisbane on December 8.

Their last visit Down Under in 2017-18 ended in heartbreak as Root and his men were dismantled in a 4-0 series defeat.

There have however been equally bad and even worse results for a touring England side to Australia in previous years, and here Sportsmail’s LAWRENCE BOOTH picks out five Tests where things went awry for the visitors…

In the series opener at the SCG, innings of 119 and 74 from Nottinghamshire debutant George Gunn had put England in with a chance of a 1-0 lead — especially when Australia slipped to 219 for eight in pursuit of 274 on the sixth day.

But Albert Cotter and Gervys Hazlitt put on an unbroken 56, as the hosts scraped home by two wickets in what remains their narrowest Ashes win. England lost the series 4-1. 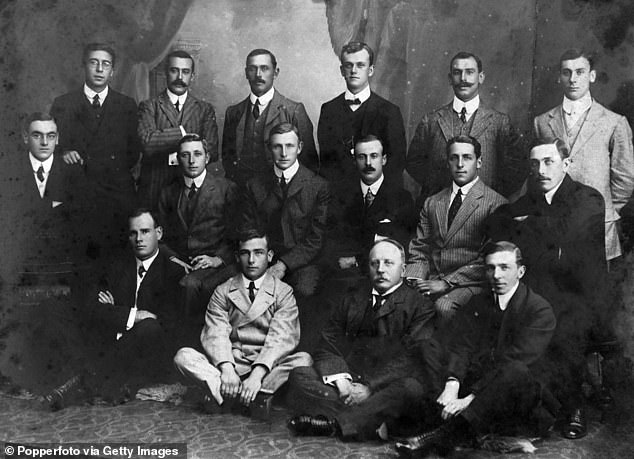 England (above) lost the series in the 1907-08 series 4-1, including a narrow defeat in Sydney

Only once in Test history has a team come from 2-0 down to win 3-2. Needless to say, that team included Don Bradman.

And it was some comeback, after Gubby Allen’s England won at Brisbane by 322 runs and at Sydney by an innings and 22. But in the third Walter Robins dropped Bradman during his match-winning 270.

‘You’ve just dropped the Ashes,’ Allen told him. ‘But don’t worry about it.’ In the fourth, Bradman made 212 as Australia squared the series.

It was a game that provided a menacing foretaste of a traumatic series for England, as fast bowlers Dennis Lillee and Jeff Thomson  — ‘Lilian Thomson’ — bounced and snarled all the way to a 4-0 Australian victory.

The tone was set at the Gabba, where Thomson’s second-innings six for 46 condemned Mike Denness’s side to a 166-run defeat.

In the second Test at Perth, Sportsmail‘s David Lloyd was hit in a hopelessly unprotective box by Thomson. (He may have told the story once or twice.)

And after the third Test, the out-of-form Denness became the first captain in Test history to drop himself. Miserable all round. 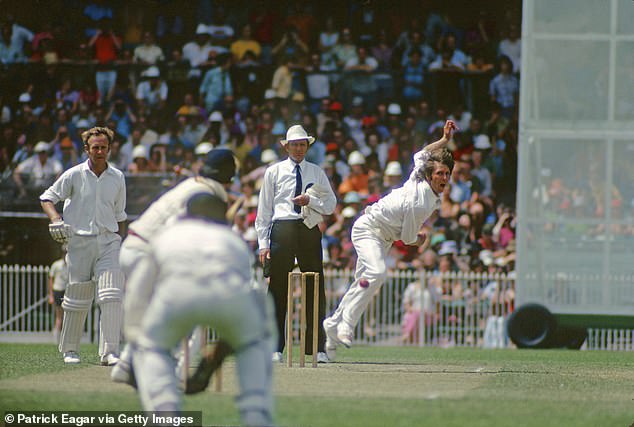 How do you lose a Test match after declaring your first innings on 551 for six? Andrew Flintoff and his team provided the answer.

Paul Collingwood’s double-century and Kevin Pietersen’s 158 appeared to set up a series-levelling victory, but Ashley Giles dropped Ricky Ponting at a crucial moment of Australia’s reply and the hosts reached 513.

On an astonishing final day, England collapsed from 69 for one to 129 all out, as Shane Warne reduced batsmen to paranoid strokelessness: Collingwood made 22 not out in 198 minutes.

Australia still needed 168 in a session, but the force was with them. And a few weeks later they were celebrating the first 5-0 Ashes win since 1920-21. 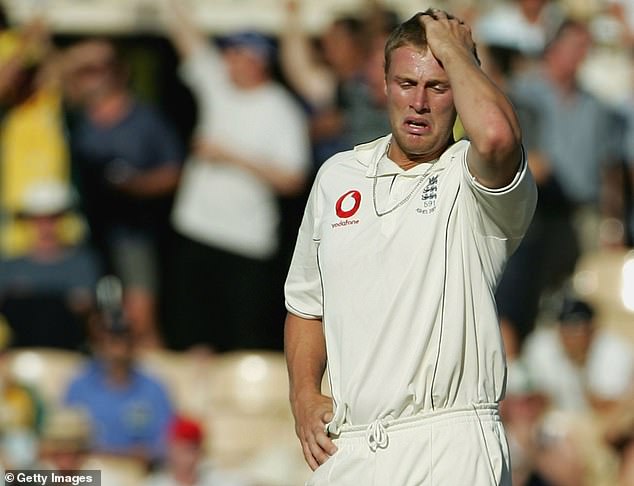 As if one whitewash wasn’t bad enough, England arrived at the SCG in January 2014 facing the prospect of another.

And the Australians scented blood, not least when England handed Test debuts to Gary Ballance, Scott Borthwick and Boyd Rankin — and dropped Joe Root. It was a massacre, with England brushed aside for 155 and 166.

In search of a scapegoat, the management settled on Kevin Pietersen, who had barely reintegrated himself into the team after the text scandal of 2012 and never played Test cricket again.

Brad and Gator: Quaddie certainly within reach if punters can nail the Melbourne Cup