Pakistan have announced they will tour England for three Tests and three Twenty20s in August and September.

England are scheduled to play the West Indies across three Tests next month at ‘biosecure’ venues because of coronavirus and it was widely anticipated Pakistan would make the trip to these shores later this summer.

But this is the first time they have confirmed definitively that they will travel to England, with the Pakistan Cricket Board intending to send 28 players and 14 support personnel. 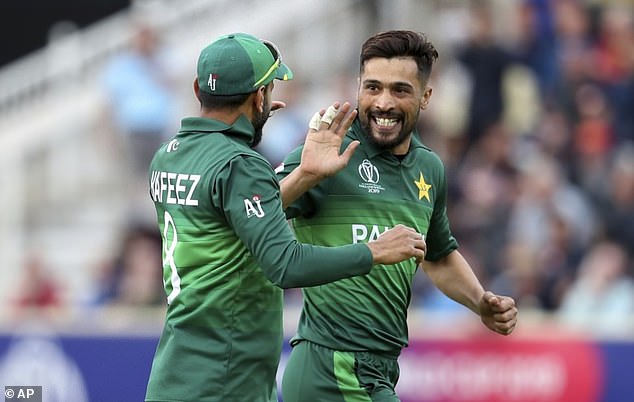 Left-arm paceman Mohammad Amir and middle-order batsman Haris Sohail will not be among that number, having withdrawn for personal reasons.

‘Amir has withdrawn so that he can be at the birth of his second child in August, while Haris will miss the tour because of family reasons,’ the Pakistan Cricket Board said in a statement.

‘Pakistan will send 28 players and 14 player-support personnel for three Tests and three T20Is to be played in August and September. The squad as well as pre-series and series schedule will be announced in due course.’ 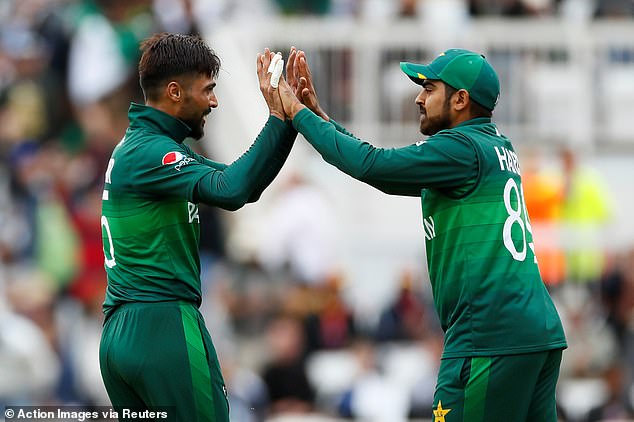 The England and Wales Cricket Board is understood to be around a week or two away from formalising the tour and the specific dates but Pakistan’s readiness to participate augurs well.

Amir would have been available for the three T20s only after announcing his retirement from Test cricket last year.

Sohail, meanwhile, has made 14 appearances in both Tests and T20s, averaging an encouraging 37.22 in the former with two centuries. But he has just two fifties in T20s and a strike-rate of 102.94 – fairly modest for the format.