The lure of utilising the services of Frankie Dettori proved irresistible for connections of ante-post Derby favourite English King who have snapped up the Italian to ride the market leader at Epsom in 12 days time.

The dual Derby winning-rider will take over from Tom Marquand aboard the impressive Lingfield Derby Trial winner, a decision trainer Ed Walker revealed was taken with a heavy heart following consultation with the colt’s owner Bjorn Nielsen.

Nielsen and Dettori have forged a strong partnership in recent seasons courtesy of  champion stayer Stradivarius who landed a third Gold Cup in the former’s colours last week at Ascot. 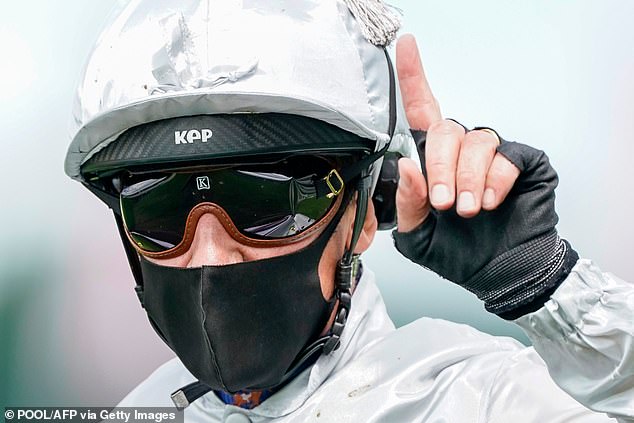 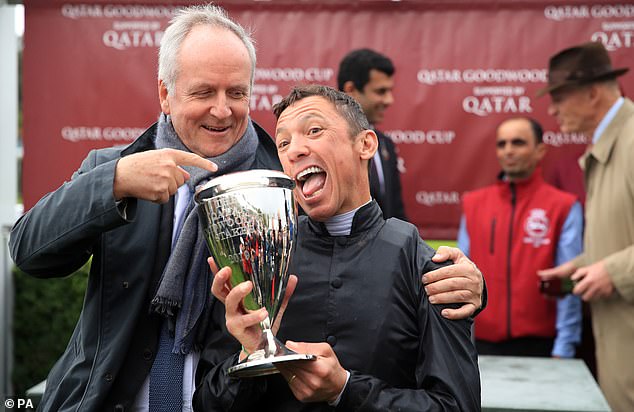 Walker said: ‘Frankie is going to ride English King in the Derby. I feel desperately sorry for Tom, and it is absolutely no reflection of our faith and trust in his ability.

‘Bjorn and I mulled it over and watched all the trials, and it became increasingly clear John (Gosden) wasn’t going to have a Derby runner.

‘After Tom won on the horse at Lingfield he asked if he’d keep the ride in the Derby, and I said to him ‘your only danger is Frankie’.

‘Frankie obviously has a wealth of big-race experience and raises his game to stratospheric heights for the big races. We feel very privileged to have him onboard. 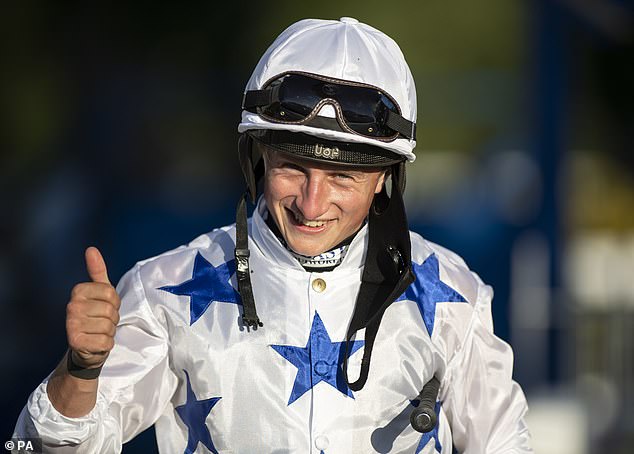 ‘The Derby is the Derby, and Frankie is Frankie. It’s very tough on Tom – but he has never ridden in a Classic around Epsom before, and I hope he’ll have other big days with us in the future, very possibly on this horse.

‘It will be my first runner in the Derby – fingers crossed we get there – and having Frankie Dettori on board will just give me a bit of confidence as well, and obviously Frankie and Bjorn have the connection through Stradivarius.

‘It wasn’t an easy decision. I’m sure it won’t be too long before Tom is jocking people off left, right and centre.’