Galopin Des Champs laid down an intimidating marker for the Cheltenham Gold Cup with a smooth seasonal debut win in the John Durkan Memorial Chase at Punchestown.

The chaser, trained by Willie Mullins, is now 7-4 favourite for the centrepiece of the National Hunt Festival in March after a flawless 13-length victory from Fakir D’Oudairies.

Paul Townend’s mount jumped with precision and he effortlessly galloped clear when his jockey asked him the politest of questions. 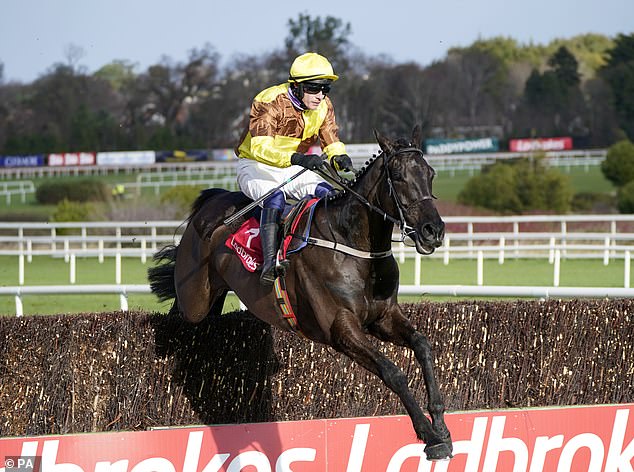 What pleased Mullins and Townend most was that Galopin Des Champs, who verged on being too exuberant for his own good last season, was far more settled as he tracked pacesetting Lifetime Ambition.

Townend said: ‘He’s so slick over his fences, he’s learning and growing up. At the start of last year he was rushing and letting fly at his fences but he did everything professionally today.’

Mullins said: ‘To beat a proven two-and-a-half mile Grade One-winner in Fakir D’oudairies like that is a big result.

‘He would probably win a two-mile chase. Whether he would win a Grade One I don’t know but we are going out to the Gold Cup trip which is why I was delighted in the way he settled.’ 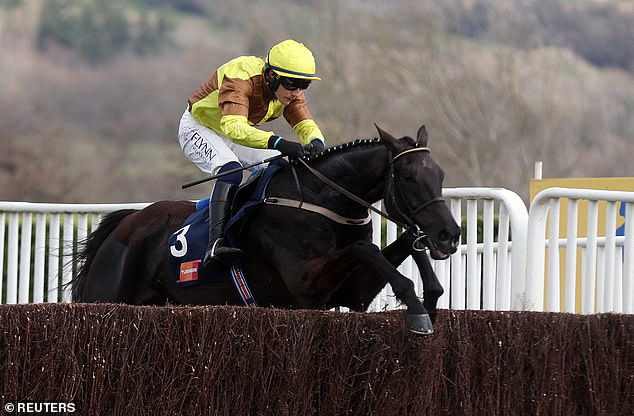 Galopin Des Champs won the Martin Pipe Conditional Jockeys’ Handicap Hurdle at the 2021 Festival and last season was 12 lengths in front and going further clear with every stride when sprawling on landing after jumping the last in the 2m 4f Turners Novices’ Chase.

Galopin Des Champs stablemate Appreciate It made his first chase start a winning one with a seven-length win.

The 2021 Supreme Novices’ Hurdle winner missed most of last season because of injury. He looks a potent threat to Nicky Henderson’s Arkle Novices’ Chase favourite Jonbon.

Meanwhile, prizemoney at the Jockey Club’s 15 tracks, which include Aintree, Cheltenham and Newmarket, will rise to £59million in 2023, a £1m increase on this year.