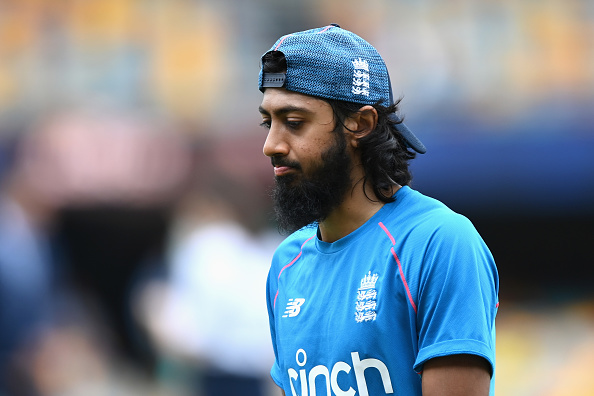 There are drawn matches that feel like victory and add much to morale and others which feel like blessed relief that the humiliation has stopped, at least for the moment.

We’ll find out which effect England’s draw in Sydney has had on them when the final Ashes Test gets under way this Friday.

Context is everything. To cling on with your last two batsmen at the crease, as England did at the SCG, would have been heroic earlier in the piece, or if England were still in the contest.

But with the Ashes series long decided the only ‘plus’ is Joe Root’s team did not roll over in the face of more adversity, though that does not make it a turning point, at least not yet.

A mismatch against the Aussies in their back yard is nothing new. Since Andrew Strauss and his team triumphed there 11 years ago, England have lost 12 out of 14 Tests, with no wins.

Such a monopoly of mediocrity might be understandable if Australia were streets ahead of everyone else, as the West Indies were in the 1980s, but they are not. And yet for England to not even have sniffed victory in that time is a telling indictment of a system which has routinely failed to produce cricketers tough and robust enough to compete in foreign climes.

Typically, following Ashes defeats, many have placed the blame on county cricket, with some justification. For a while now, the England and Wales Cricket Board has consigned the red-ball game to the margins of the season when conditions tend to be bowler-friendly, which in turn has led to a generation of jittery batsmen.

So while England’s bowlers have largely been ‘farting against thunder’, to use Graham Gooch’s memorable phrase about his own side in Australia in 1990, it is the batsmen who have been most culpable for the team’s recent defeats.

Long-format cricket is all about getting enough runs on the board to pressure the opposition. So far, England have yet to pass 300 in any of their eight innings this series which is poor – a par score for Tests in Australia being around 400.

Faulty techniques, the inability to grind out long innings and a mental frailty whereby defeat and a bunch of crowing Aussies have caused players to suddenly believe they are no good, have all plagued England on this tour.

Some of these failings do stem from the County Championship where batsmen, because of the fruity pitches you get in April and May, are encouraged to hit rather than grind their way out of trouble, with an understandable erosion to defensive technique. As such, the six-hour hundred and the hard-fought draw have become rarities in county cricket.

Another shortcoming is England’s obsession with data or at least the major say they afford the analysts who crunch it. It is a tool, not a mission statement, and should be treated as such. Before England had even landed in Australia the team’s thinktank had decided James Anderson and Stuart Broad both had to play in the Adelaide Test, the second match of the series and a day-night affair with a pink ball.

Because England looked ahead, instead of at what was before them in Brisbane, neither played in the first Test at the Gabba where the pitch, a rare green top, would have suited both. As a result Joe Root, without his two most experienced seam bowlers, won the toss and batted first. England were dismissed for 147 and lost heavily which set in motion the spiral of doom which saw them lose the next two matches as well.

Not everyone has been poor. Mark Wood has consistently troubled Australia’s batsmen with his hostility and effort, despite his eight wickets at 37.6 not reflecting that. Root started well and looked the world-class batsman we know him to be, at least until he was worn down by the burdens of captaining a side being pulled this way then that.

In Sydney, Zak Crawley and Jonny Bairstow actually competed as equals against Australia while Ben Stokes, despite picking up a side strain, has begun to look somewhere near his old self with the bat. Mostly, though, it has been a tale of woe.

Anderson may top England’s bowling averages for the series but he has become a keep-it-tight bowler, which is a role for a first or second change, not someone who takes the new ball. I’ve not seen him swing many away from the right-handers this series, once his stock ball, which suggests he is straining to bowl quicker than he would normally do — the speed gun being the most obvious indicator time is catching up with pace bowlers like him.

It is perhaps premature to call time on Anderson, as Michael Vaughan has done, but he needs to realise he is there to strike, at least with the new ball, not rack up the dots.

But if you want to know how a player can fall apart playing the Aussies in Australia, look no further than Haseeb Hameed. The right-handed opener began the series with scores of 25 and 27 in tough batting conditions in Brisbane, and looked competent and well organised.

This is how the mind gets mangled and distracted. In the opening over of England’s first innings at Sydney, Hameed clipped Cummins into the leg-side for an easy two but took only a single. He is not the first opening batsman to want to play a fast bowler from the other end but to do it so early in the match betrayed a mind bent not on scoring runs, but survival.

That is how introspective players can become in Australia when things go badly and why Hobart is an opportunity for England (given they can no longer lose 5-0) to cast off their shackles and compete for more than the odd session. Only then will the draw in Sydney have any worth.