How Joe Root reached his ton: 15 years after writing on his bedroom wall that he was going to play for England, the Test captain is still showing the same confidence and drive ahead of his 100th international cap

The journey that sees Joe Root win his 100th Test cap in Chennai on February 5 began with a show of confidence half a lifetime ago.

‘I walked into his bedroom and he’d stuck a note on the wall: “Today was the day I knew I am going to play for England”,’ says younger brother Billy. ‘He’d obviously been working with the coach and something had clicked. And to play 100 games proves 15-year-old Joe was absolutely right to have such belief in himself.’

Emerging from a cricketing family in the south Sheffield suburbs – dad Matt was a Yorkshire League player, 28-year-old Billy is a fine first-class batsman – Root will become the 15th England cricketer and 69th overall to make it to the cherished century when he leads out his team in the series opener against India. 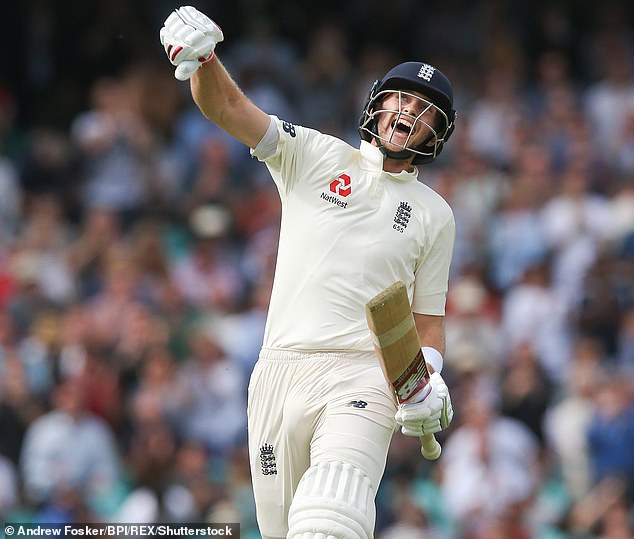 The seventh of England’s Yorkshire-born captains is returning to where it all began. In 2012, knowing avoiding defeat in the final match would seal an historic Test series victory in India, England dispensed with third spinner Samit Patel and asked Root to bolster the batting at No 6.

It proved an inspired choice. The debutant made 73 across nearly five hours, three of them alongside Matt Prior, after England had won the toss and tried to take a chunk out of the game batting first.

‘We needed to draw to win a first series in India for 28 years and that innings signified his standing,’ Prior tells Sportsmail. ‘Before my debut, Alec Stewart told me that you only know with your first step on to the pitch whether you are petrified, or it feels like home.

‘You could see Joe felt at home straight away, that he just loved being out in the middle, playing for England. You’ve got to almost want the intensity and pressure that comes with it because if you don’t, you are not going to last very long. Crucially, he was relaxed and focused. It was those elements that made you think he had the chance of being a great player for England. How he has developed and grown has been phenomenal.

‘He’s passionate about playing for England. That’s always in abundance with Joe and that team-first attitude is always something I’ve enjoyed in a player. And let’s face it, the way he can put the team first right now is to continue to score 180 every time he bats.’ 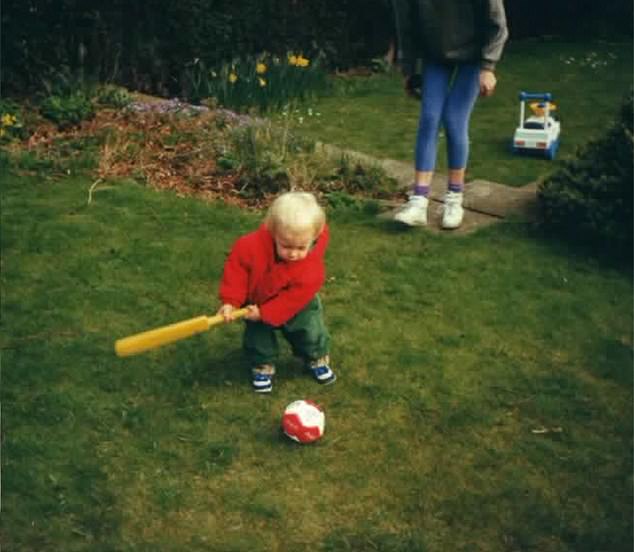 Root for most of his life has held a cricket bat, with his family all very keen on the sport

These days there are no doubts that it is his England team. Those close to him recognise that last summer was a turning point in his captaincy. During its first three years he found it difficult pulling rank with two decorated, senior fast bowlers in Jimmy Anderson and Stuart Broad. Not that they made trouble for him, it was just they were established internationals and, as such, had become accustomed to certain ways.

A sign they are now accustomed to Root’s ways has been in their acceptance of the previously spiky issue of rotation. The lack of histrionics at field placings is another.

Root’s body language has altered significantly, too. Over the past 12 months, there has been no doubt who has been wearing the armband. The team is brimming with strong personalities, but Root is its leader, its conductor, its heart.

Now 30, he has not tasted defeat since the turn of 2020 and eight wins from 10 matches have left him one short of Michael Vaughan’s England record of 26 wins as captain. The change of regime during the winter of 2019-20 has undoubtedly helped him, both as a captain and a batsman. The white-ball tempo Trevor Bayliss encouraged the Test team to adopt proved troublesome both for Root’s rhythm at the crease and the team’s consistency.

In contrast, Chris Silverwood’s dedication to the old-school template of big first-innings runs has allowed him to rediscover his full range of gears rather than being stuck in third. 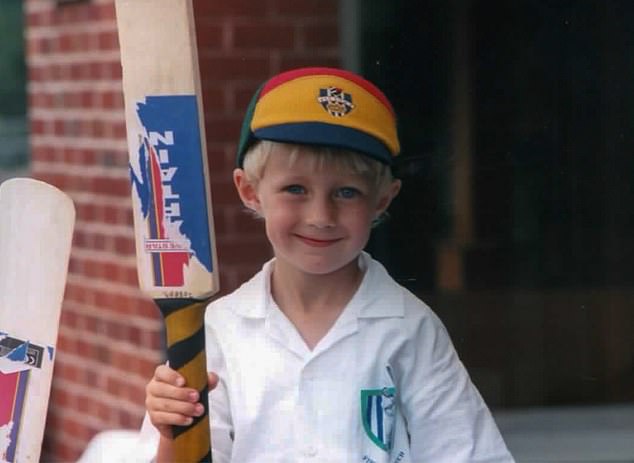 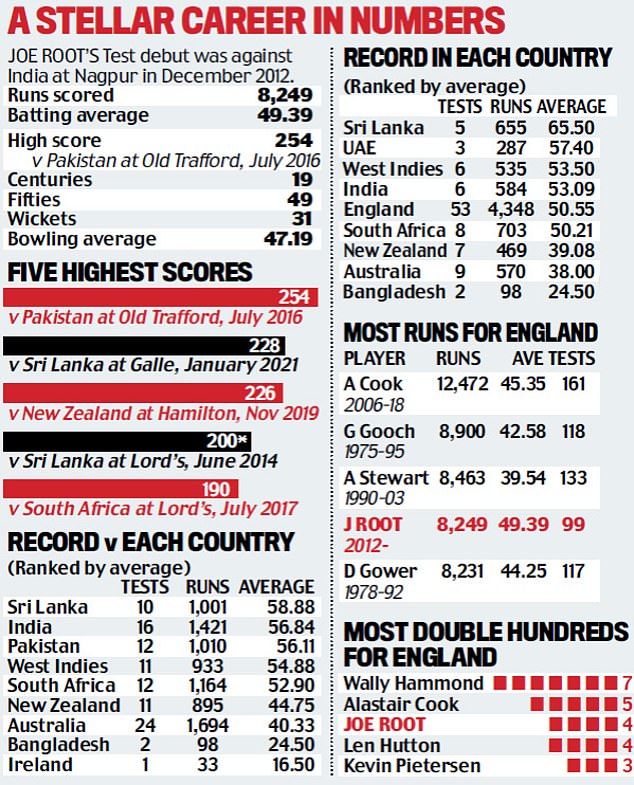 Some would argue it was this that contributed to Root’s drop in personal returns after succeeding Sir Alastair Cook as captain in 2017. His Test batting average at that point was 52.8. During the 2015 and 2016 summers, there were periods in which the mark was above 56.

He has averaged 45.68 since then, a return higher than Cook, Graham Gooch and Colin Cowdrey managed across their careers, though not of the level to justify comparisons with modern-day rivals Steve Smith, Kane Williamson and Virat Kohli. Root’s huge upsurge in form in Sri Lanka earlier this month suggests a return to the 50-plus days is nigh.

It has come in part due to a typical Root response to failing to meet expectations. The UK’s winter lockdown provided time for reflection. He gorged on hours of footage of other successful batsmen but, most crucially, pored over his own dismissals and rated them in categories: ‘good ball’, ‘s*** shot’ and ‘bad technique’. It allowed him to build a clearer picture of where things were going wrong.

Self-analysis has always been key to Root’s development as a batsman. Whenever others have questioned him, he has devoted himself to unearthing the answers. It is a process he first went through via the constant challenging of Kevin Sharp, his boyhood coach and mentor at Yorkshire, who reacted to a 16-year-old Root being left out of an academy squad by throwing him into the second team.

He made a debut 57 on his home ground of Abbeydale Park, mostly using the bowlers’ pace to deflect the ball behind square via pulls and cuts, and left an impression on his Derbyshire opponents. 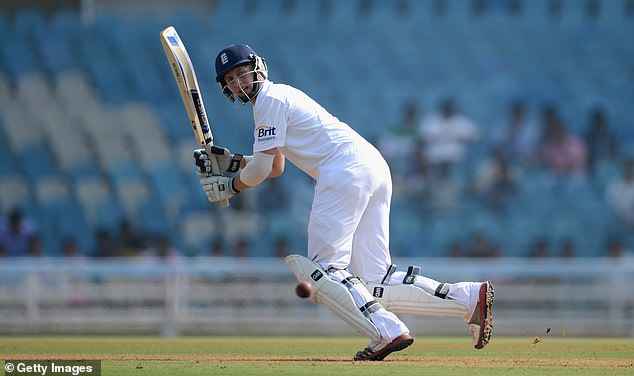 Root made his debut for England in 2012 in a historic series victory in India, pictured above taking part in a match against Mumbai A as part of the tour of the country

‘He was very little, very puny and reminded me of Mike Hussey,’ recalls Phil Weston, who was then in the final days of a 17-season, three-county career.

‘I’d played grade cricket in Australia and came across Hussey when he was 16-17. I stood at slip all day as he got about 70 in 90 overs and some of my team-mates were saying, “This bloke’s bloody hopeless!” I told them they were wrong and that he’d be a star. It’s about handling the pressure to start with, and if you can do that, you cash in when you fill out.’

As Ian Parkin, head of cricket at Worksop College, where Root won a scholarship, says: ‘If we had 150 to knock off, Joe would be 50 not out at the end.’

Being a touch player has won admiration from aesthetes but caused Root recurring problems throughout his career. Mark Robinson, seconded from Sussex to coach the England Under 19s at the 2010 World Cup, crudely told him at his post-tournament appraisal that, although he was highly regarded, a one-paced approach was hindering his progress in limited-overs cricket.

‘He was always going to be a good player because he loved batting, loved listening, but from an ODI point of view, he didn’t set the world alight,’ Robinson recalls. ‘Jos Buttler and Ben Stokes were also on that trip and they were further down the line in terms of power and physical maturity.’ 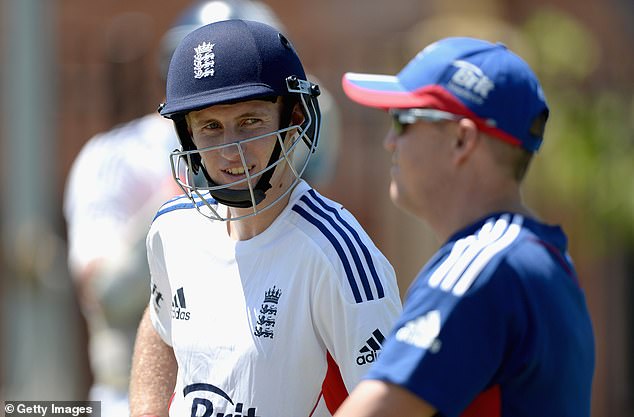 After establishing himself in the side, Root has constantly sought ways to improve his game

In his 2015 book, Bringing Home The Ashes, Root revealed this episode angered him initially but he later accepted Robinson’s summary as a home truth. He went away and worked with Sharp on using the pace of the ball, manipulating it into gaps and coming up with a gameplan that would suit the 50-over format.

It worked – and then some. His 16 ODI hundreds is an England record and, after 149 appearances, his strike rate is higher than Kevin Pietersen’s. When he feared losing his place in England’s Twenty20 team three years ago, Root hired big-hitting coach Julian Wood.

On reflection, that wasn’t for him. And if he is going to get back into the squad for this year’s Twenty20 World Cup – don’t bet against it – it will be for his ability to succeed in his own skin. Graham Thorpe, England A coach when Root was making his way, also remembers a dedication to improving.

‘What I saw early on was character,’ he says. ‘He had a great work ethic and he tried to work things out for himself. He’s always trying to get better and sometimes that is hard when you are in the midst of a series.’

Weaknesses don’t tend to be weaknesses for long with Root, stemming back to his youth when he and Billy would play together for hours in the garden or down at Sheffield Collegiate. 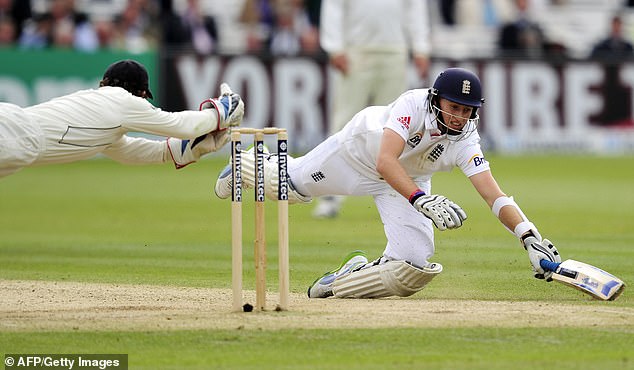 However, he still has a weak area in being run-out for England having been dismissed this way eight times. Pictured he is seen surviving a near run-out against New Zealand at Lord’s in 2013

One he has failed to eradicate, though, is a susceptibility to run outs. No Englishman has succumbed to more than Root’s eight in Tests.

‘We were playing a first-team game in Hull,’ laughs Billy. ‘He hit it to deep extra cover and shouted “two”. But there wasn’t two, so I sent him back. Joe did not make his ground – or the hundred he was closing on.

‘He was seething although later, pretending things were OK, he said, “These things happen”. If anyone else had been at the other end but his brother, it wouldn’t have been a problem, would it?’

What has happened since to the extremely likeable father of two has made the entire family ‘incredibly proud’, Billy adds.

‘When me and my dad sat on the sofa to watch his debut in Nagpur, we didn’t say a word to each other, we were that nervous. But classic Joe, he has always taken everything in his stride and we always knew – as anyone close to him will have done – that he was destined to do well.’

Some will say it was written in the stars. The Roots will tell you the writing was on the wall.