Forgotten stayer Il Paradiso will have an autumn campaign built around next year's Caulfield and Melbourne Cups.

The 2019 Melbourne Cup placegetter hasn't raced since his unlucky run in that race due to a tendon injury that wiped out his entire 2020 year. 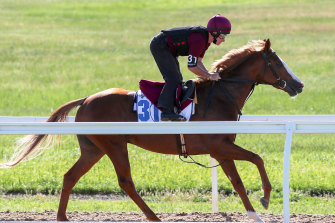 Il Paradiso’s autumn will be geared towards getting him back to the Melbourne Cup.Credit:Getty Images

But the Chris Waller-trained galloper is in pre-training at the moment and is expected to be up and running in the New Year, gearing up for next year's rich handicaps.

The Australian Cup looks a possible race for the former Aidan O'Brien-trained galloper, otherwise a Sydney preparation – including races like the Tancred and Queen Elizabeth – shapes as a likely appetiser ahead of next year's spring.

"Everything in the autumn will be geared towards best positioning him towards the Caulfield and Melbourne Cups in 2021," part-owner Brae Sokolski said.

"He's not far off commencing work. He's in pre-training, effectively, doing some very light, very slow work at the moment but he's got the clean bill from the vet.

"His tendon looks like it's 100 per cent and he's going to be an exciting new addition to the Australian racing ranks in the autumn. I think he's the forgotten horse, isn't he?"

It's an "owners' project", Sokolski said, but Waller is reportedly "pretty inspired by the prospect".

"He hasn't travelled many horses and I think that's really the next mountain for him to conquer, to win some of these major international races and what bigger race is there than the Arc?" Sokolski said. 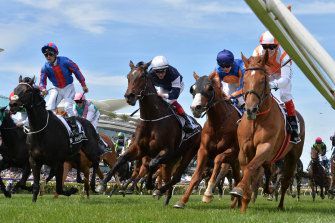 Il Paradiso, second from right, narrowly beaten in the 2019 Melbourne Cup by Vow And Declare and Prince Of Arran.Credit:Joe Armao

"I can't say it's a formal declaration but it's certainly a very clear objective. If you look at next spring, we don't really like that mare at Moonee Valley on a tight circuit over a mile-and-a-quarter; I just don't think she's suited to a Cox Plate, to be honest.

"Then, what are you left with? You'll never run in a handicap again, so there's not a lot for her during the spring in Melbourne or Sydney as a grand final.

"She's proven herself a world-class mile-and-a-half horse and that race is invariably run on wet ground and we feel like next spring will be her prime as a six-year-old mare. That's the prime time for us to take on that rarefied goal."

Sokolski said it would be a huge thrill just to have Verry Elleegant line up in the time-honoured race.

"The ownership group wants to showcase her to the world and feel like she deserves her chance to pit herself against the best stayers Europe has to offer," he said.

"It's not only to showcase her talents on the world stage but to showcase Chris' talents as well. We're intent on doing it and we'll make it happen."

Cox Plate winner Sir Dragonet will also take a traditional weight-for-age path in the autumn, with a wet track on Queen Elizabeth Stakes day the hope, while Finche and Humidor will race on in the autumn.

Sokolski said the Australian Cup was the logical target for Humidor in what could be his swansong campaign.

Sokolski said he was also hopeful three-year-old Jet Propulsion might reach the level of an Australian Guineas.

Ghostly Cup a reminder of Melbourne’s 2020

Elarqam out to crack Hardwicke Stakes at Royal Ascot