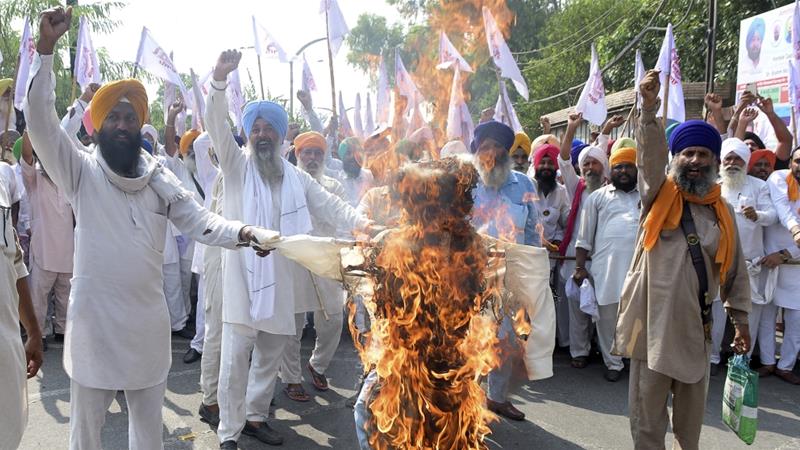 India’s parliament has passed new bills the government says will make it easier for farmers to sell their produce directly to big buyers, despite growing protest from opposition parties and a longtime ally of the governing party.

Opposition legislators raised slogans, tore documents and tried to grab the speaker’s microphone in the upper house of India’s parliament before two controversial bills were passed by a voice vote on Sunday.

“The passage of both the bills in parliament is indeed a landmark day for Indian agriculture,” one of Prime Minister Narendra Modi’s senior cabinet ministers, Rajnath Singh, said on Twitter.

But India’s main opposition Congress party criticised the government over the bills, calling them “black law” and “pro-corporate”.

Rahul Gandhi, a top Congress leader, said in a tweet that Modi “is making farmers ‘slaves’ of the capitalists, which the country will never allow to succeed”.

Modi has said the new laws will reform antiquated legislation and remove middlemen from the agriculture trade, allowing farmers to sell to institutional buyers and large retailers such as Walmart.

But Modi’s Minister of Food Processing Industries Harsimrat Kaur Badal, who comes from an alliance party, resigned on Thursday in protest, calling the bills “anti-farmer”.

Badal is from a regional party with a strong base in the northern state of Punjab and believes the bills will increase farmer suffering in the breadbasket state.

Her party believes the laws will destroy wholesale markets that ensure fair and timely payments to farmers and weaken the state’s farmers and the overall state economy.

Opposition parties say the farmers’ bargaining power will be diminished by allowing retailers to have tighter control over them. 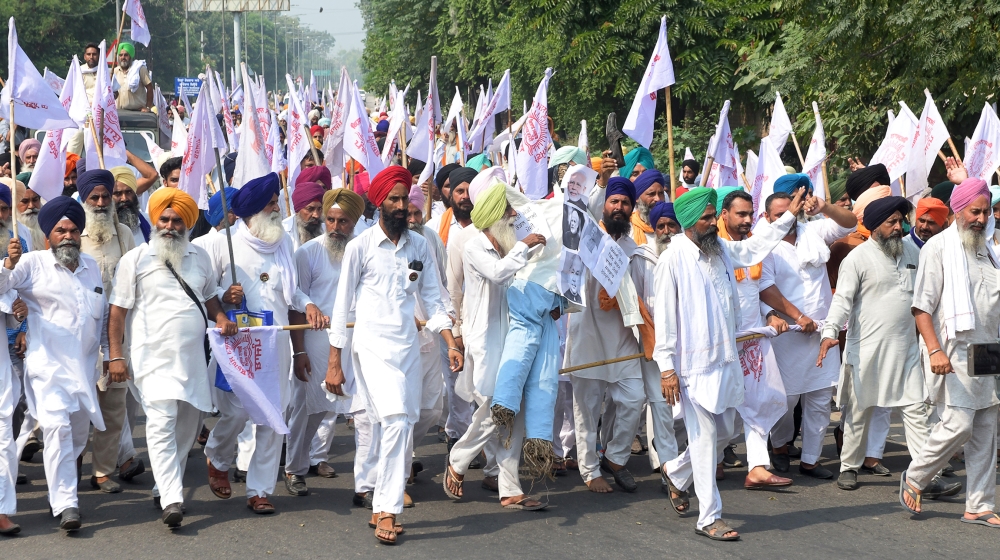 Many farmer organisations have in recent days held street protests in Punjab and neighbouring Haryana states against the farm bills.

Farmers in India, where agriculture supports more than half of the country’s 1.3 billion people, have seen their economic clout diminish over the last three decades.

Once accounting for a third of India’s gross domestic product, farmers now account for only 15 percent of the country’s $2.9 trillion economy.

Sometimes they stage sit-ins or dump truckloads of vegetables onto highways to disrupt traffic.

More than half of India’s farmers are in debt, with 20,638 killing themselves in 2018 and 2019, according to India’s National Crime Records Bureau.

“We will make sure that the government will have to step down on its knees before the farming community of this country,” said Randeep Surjewala, a Congress party spokesman.

“It will be farmers on one side and big businesses on the other side. How will they fight?”