Joe Root celebrates his century en route to an unbeaten 180

If there has been one word to describe English Test cricket in recent years, it has not been ‘normal’. This is a side that has a practically symbiotic relationship with unpredictability, hopeless one minute, dominant the next. They have both been bowled out for 67 and chased down 358 to win – and that was just one match.

Day three at Lord’s though could not be described in those terms; there were no gaudy batting collapses or rabbits pulled from hats, just the steady accumulation of runs, the occasional loss of wicket and the slow and satisfying ratcheting up of anticipation in a Test that grows more intriguing with every passing day.

There was, however, nothing normal about the performance of Joe Root, who batted right through the day to take his side from a deficit of 245 at the start of play to a first-innings lead of 27. In the process, he scored a remarkable 180 not out, once again almost singlehandedly carrying England’s batting.

This is unmistakably the year of Root. He has now scored five Test hundreds in 2021, this his 22nd overall, meaning only Kevin Pietersen and Alastair Cook – with 23 and 33 respectively – have more for England. Gone apparently is the Root who appeared to struggle converting fifties into hundreds; six times this year he has made a half-century, five times he has turned them into hundreds.

In total he batted for 321 balls, a mammoth eight hours and 49 minutes spent at the crease, slowly pushing the elephant up the hill, dragging England back from the doldrums of their dispiriting first day and out into the great beyond – the Elysian Fields of a day four and five where any result seems possible, the conclusion impossible to predict but no doubt appearing blindingly obvious in retrospect.

As single-handed as this extraordinary rescue act seemed, there was for once support elsewhere for Root, in particular from his fellow Yorkshireman, Jonny Bairstow, the pair batting through the first session to take England to 216-3 at lunch – progress appearing smooth but still leaving them trailing by 149.

Bairstow had managed a half-century before the break, but he did not survive overly long into the afternoon session, falling for the most obviously signalled short-ball trap from Mohammed Siraj to glove the ball loopingly to Virat Kohli at slip.

Just eight balls away from the second new ball, it was a fairly brainless end to an otherwise excellent innings from Bairstow that, with England still trailing by 135, threatened to let India back into the game. 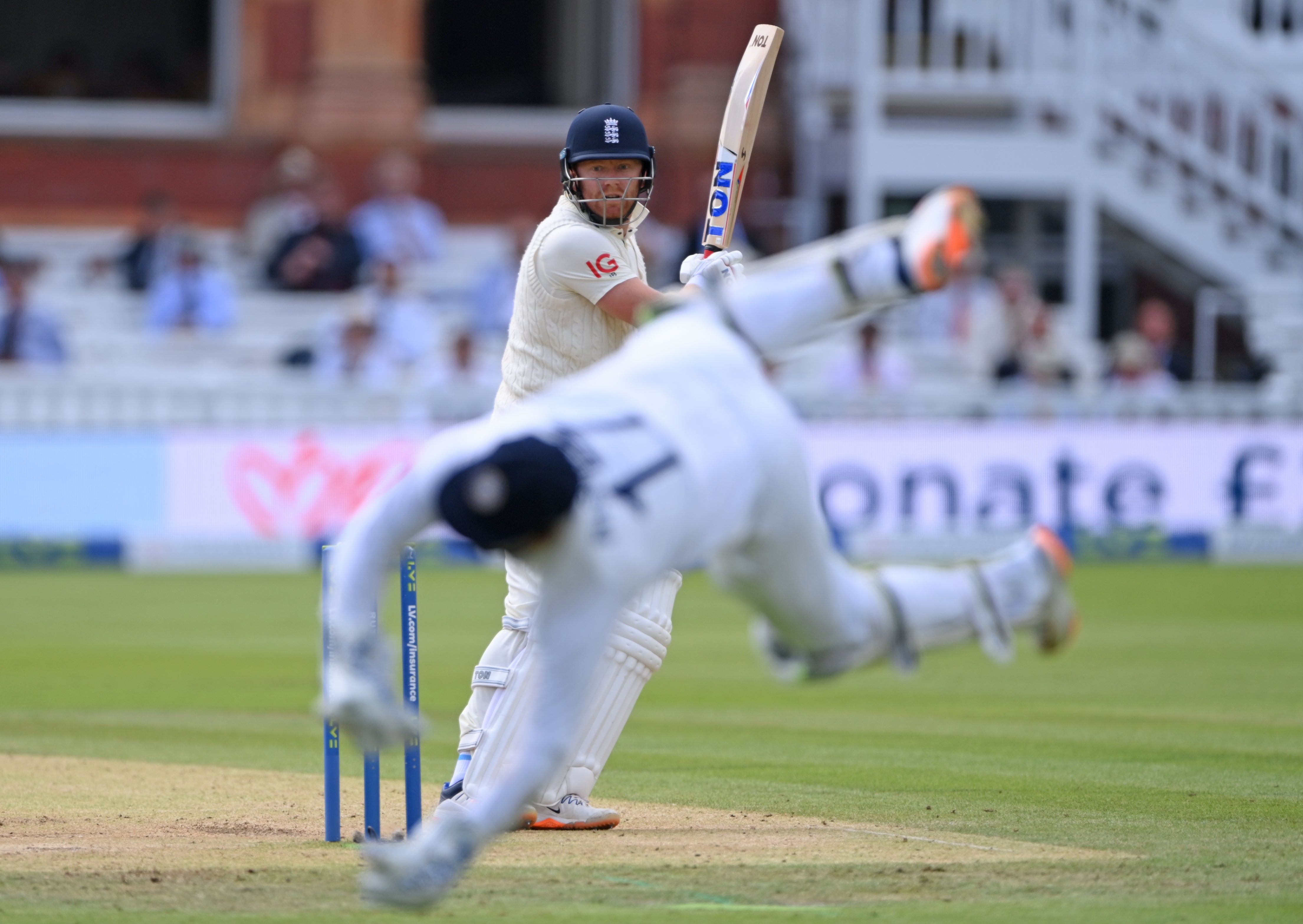 That it did not is to Root’s eternal credit. England’s captain brought up his hundred in the 82nd over, scampering a risky single to bring a packed Lord’s to its feet. There was, however, no indication that he planned on stopping there.

With support from first Jos Buttler and then Moeen Ali, the latter looking far more at ease at the crease than the former, Root continued to knock off the milestones. He motored his way past 9,000 Test runs, he brought up his 150, he even saw off a second hat-trick ball of the match – Sam Curran’s golden duck following Moeen’s dismissal but failing to knock the captain off his stride.

For an indication of just how well things are going for Root at the moment, this was the seventh time he had faced more than 300 deliveries in a Test innings – four of them have come this year. By the time he walked off undefeated at the close, his average had just tipped over 50.

England’s innings were brought to a close with the last ball of the day – Mohammed Shami bowling James Anderson for a valiant duck of 16 balls, the majority of which were aimed at his body and head.

Thanks to Root they go into the last two days of this match with a precious 27-run lead, buoyed by their captain’s heroics and with the Test fascinatingly poised. Which way it turns now is joyously yet to be discovered.