England may have got away with a draw after rain washed out the last day of the first Test but they are now without a win in six Tests.

Captain Joe Root scored a magnificent 109 to leave the sides intriguingly poised before the fifth and final day, but it rain meant neither side could push for the win. Sportsmail’s panel of experts, including former England captain Nasser Hussain (pictured), has given their thoughts on the questions still facing England ahead the second Test against India

England are meant to be peaking for this series. How is that going?

Nasser Hussain: You can’t legislate for injuries and poor old Joe Root has rarely been able to field his best side — Jofra Archer, Olly Stone and Chris Woakes are all missing, and Ben Stokes is taking a break because of mental health reasons and his finger.

England play more cricket than anyone and I applaud Ashley Giles and Chris Silverwood for looking after the players’ wellbeing.

The only thing I’d have done differently with rest and rotation is make sure the best players were available for all the big series, including the Tests in India and at home to New Zealand. But it’s not easy given the schedule.

Paul Newman: I’m afraid they are almost back to square one and the next nine Tests against India and Australia could expose the chronic failure of the ECB to protect and prioritise the most important and lucrative form of the game in Test cricket. 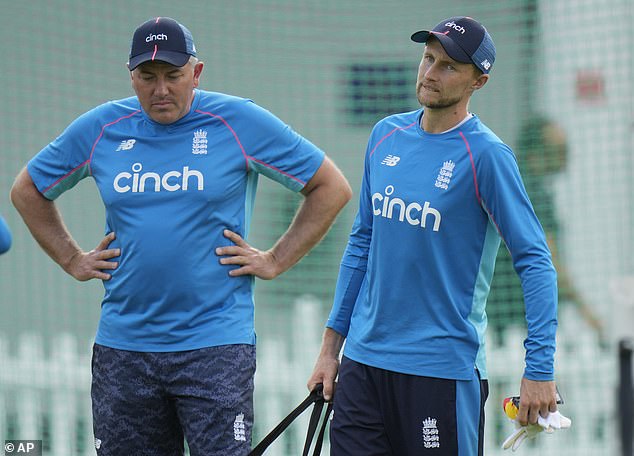 The plan devised by Root and Silverwood in late 2019 was good in theory but they have been let down by a number of factors, not all of them the ECB’s or their own fault. But the result could be a lot of pain and soul-searching in the next six months.

Lawrence Booth: They’re still scrambling around at base camp. Some of it — the absence of Stokes and injury to Woakes — is no one’s fault. Some is down to the well-intentioned rest and rotation policy but that deprived the Test team of momentum. Some is systemic: top-order red-ball batting is going out of fashion.

But there are broader questions. Have Archer and Moeen Ali been handled properly? Have England lost faith in Jack Leach? And how are they going to produce Test openers in future when everything is geared towards white-ball formats?

Can a top three of Rory Burns, Dom Sibley and Zak Crawley deliver?

Newman: The time for change if it were coming was before the India series, not during it. The way Silverwood has been talking all three might get another chance at Lord’s but with Sibley and Crawley it must surely be their last one. 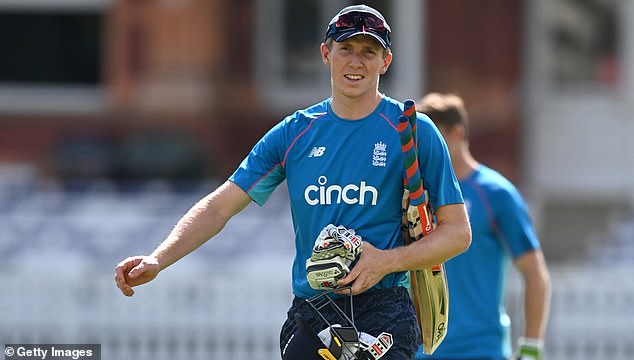 I really do think there’s a top player in Crawley but he may have to go away from Test cricket to rediscover where his off stump is. Sibley, sadly, just doesn’t seem to have enough scoring options to survive at this level.

Burns is a strong character and one of the few captaincy alternatives to Root but the way he plays will always raise questions if he is not scoring heavily. Dawid Malan for the Ashes anyone?

Booth: After 26 Tests, Burns averages 32. After 21, Sibley averages 30. And after 15, Crawley averages 28. As platforms go, that’s shaky. Crawley has the most organised, orthodox game, but looks lost outside off stump.

Sibley appears to have gone backwards and Burns rarely seems secure. But Haseeb Hameed is, finally, showing the form which saw him shine in India in 2016-17. 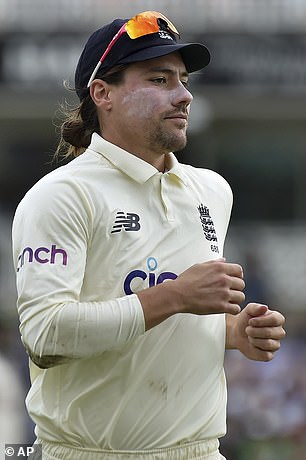 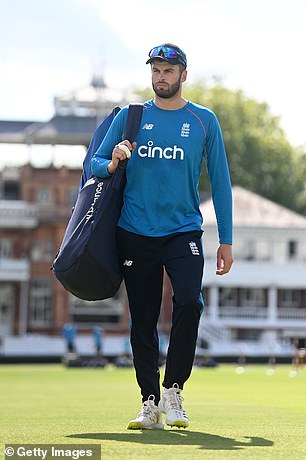 Hussain: The jury’s still out, but you could argue that a middle order of Root, Stokes, Ollie Pope and Jos Buttler, plus a bit of Jonny Bairstow, can provide those runs.

That opening over from Jasprit Bumrah at Trent Bridge was a reminder of just how hard it is against the new Dukes ball, and I do admire the selectors’ determination to pick on county form.

But Haseeb Hameed ticks a lot of boxes: he bats long, he’s scoring runs for Nottinghamshire, he’s got international experience and he’s got potential. That’s what worries me a bit about Sibley. How much potential does he have to grow as a Test opener?

Are you worried about Root as captain?

Hussain:  No. He’s in the same mould as Virat Kohli and Kane Williamson, who both seem to cope. Root is not always the smiley, boyish character he once was, but that’s international captaincy for you. 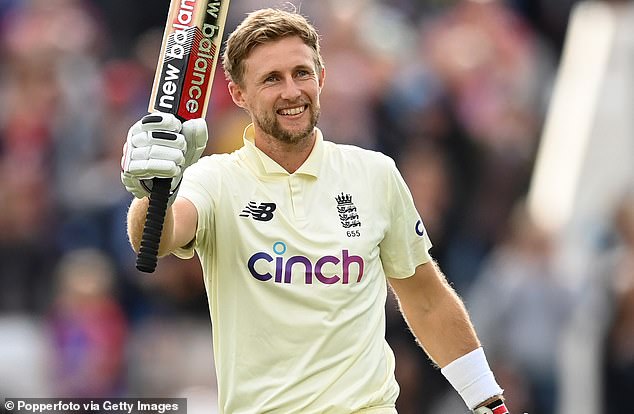 I agree England are too reliant on him. But we should enjoy his excellence. He’s such a good ambassador for cricket, and without that superb second-innings century in Nottingham, England would have lost in four days. I said before the Test I hoped he didn’t settle for the team policy of batting time, and he got his tempo spot on.

Booth: At the start of 2021, I’d have said ‘yes’. He was approaching four years in the job, traditionally the shelf life for England captains, and he had not enjoyed a productive summer.

Then he scored 228, 186 and 218 at Galle and Chennai — the response of a champion. And he’s just made one of his very best Test hundreds. At some point — perhaps after this winter’s Ashes — it may all become too much. But we’re not there yet.

Newman: Joe had that haunted look before Trent Bridge that I have seen in so many England captains and who could blame him after all he has gone through. But he looked more like his old self after that brilliant century. 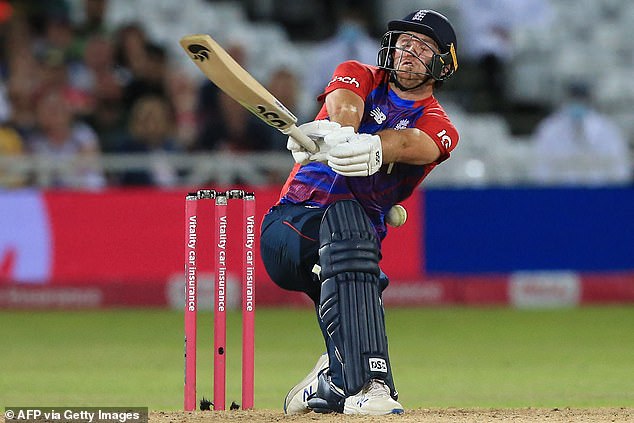 For the sake of his own batting I can’t see how he goes on beyond his third Ashes in charge, win or lose, but there is a complete dearth of alternatives. Here’s one for you — Ben Foakes as the possible next England captain?

What changes would you make for the second Test?

Booth: England have finally acknowledged that the best way to balance the side in Stokes’ absence is to recall Moeen.

They’ve been reluctant because they’re not planning to take him to Australia, but there is a series to win against India first and Ali allows them to play four seamers — and possibly bring in Mark Wood for Curran.

I’d also bring in Ollie Pope for Dan Lawrence, who hasn’t lived up to the promise of his 73 on debut at Galle in January.

Newman: The absence of Moeen was a mystery to me and I’m pleased he has been called up to bring that balance at Lord’s. He bats at seven, where he averages 37 in Test cricket, for me. 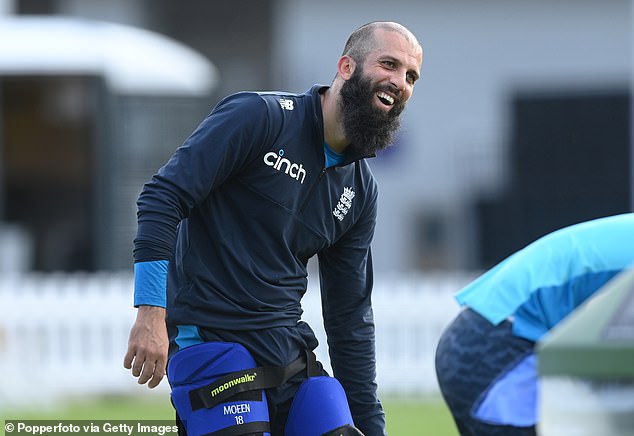 I’d also pick Hameed for Sibley, promote Bairstow to three and give Crawley a break and then have one of Pope or Lawrence at five with Buttler at six. Then after Moeen pick your best four seamers for the conditions. I’d have Wood in for Sam Curran.

Hussain: I’d give the top three another go. All three are vulnerable, but they should wait until the end of the game before deciding who — if anyone — is replaced by Hameed at Leeds.

It’s possible to balance the team properly now Moeen has been called up. He’s taken 31 wickets against India in England at 22! And if he batted at 7 or 8, that would give the team depth, plus allow them to pick all their seamers.

Is Ollie Robinson taking over from Stuart Broad and how worried are you about England’s bowling?

Hussain: Broad has been magnificent for England for a long time, and one average game doesn’t change that. I was very impressed with Robinson, who adds depth to the seam-bowling unit.

The biggest concern is Archer: who is going to perform his role in Australia? A lot of onus will be on Mark Wood. 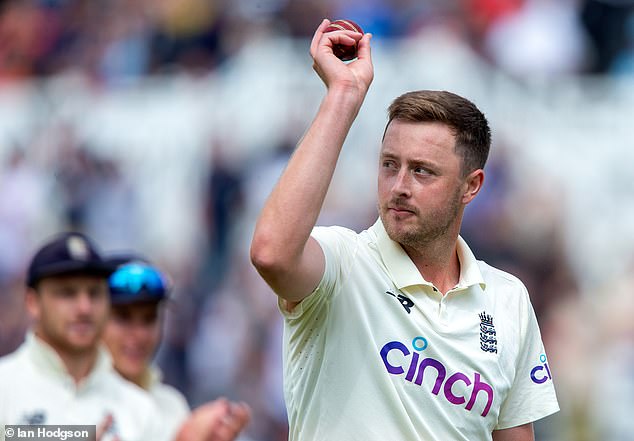 Hussain was very impressed with Robinson (above), who adds depth to the seam bowling unit

I’m also worried that the policy of leaving out Leach is a sign of what’s to come in the Ashes. England reckon no finger spinner has done well there since Graeme Swann, but it’s risky.

Booth: The baton has not been handed over just yet. Broad needs time in the middle. He was superb last summer so it will be a great shame if he is injured and misses the second Test.

I was worried about the Ashes even before Stone and Archer broke down. If Wood doesn’t play in more than two of the five Tests in Australia — which would be in keeping with his career ratio — it’s hard to see how they take enough wickets to win back the urn.

Newman: Broad has had three quiet home Tests this summer now, but, as Ed Smith discovered, it is never wise to write him off. As it is, he may have to spend some time out now after injuring his calf on Tuesday.

But England have lost the last two away Ashes 5-0 and 4-0 with him and Jimmy Anderson leading the attack and the absence of Archer is a blow. Robinson will be a key man in Australia with his height and bounce. I’d certainly prefer him to Broad there.

Mojo Star gets his maiden win at Newbury