James Anderson has become England’s most capped Test player after being selected in the team for the second Test with New Zealand at Edgbaston.

The 38-year-old fast bowler wins his 162nd cap in the decisive final Test of the series, surpassing his former team-mate and captain Alastair Cook.

The Lancashire man made his debut against Zimbabwe back in May 2003 and has taken 616 Test wickets since. 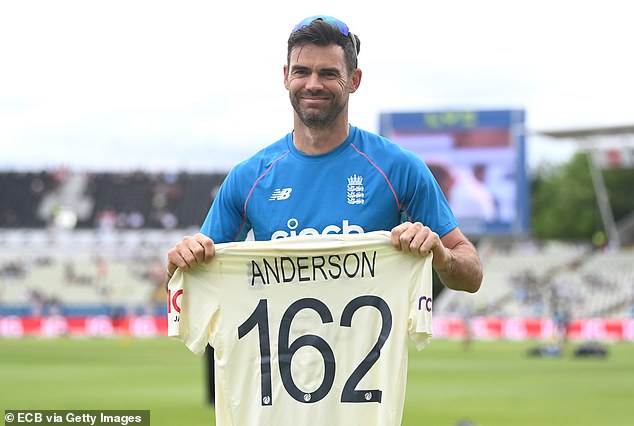 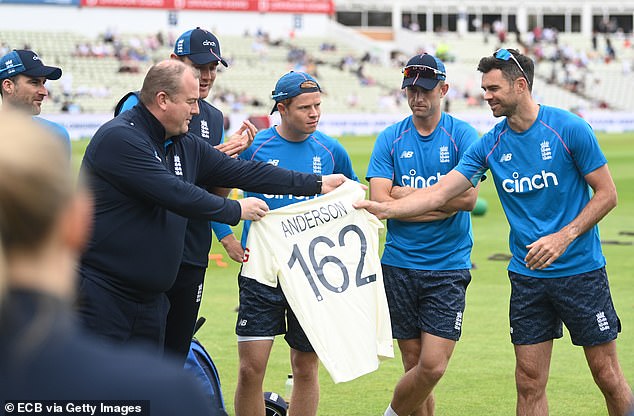 Anderson, 38, was presented with a commemorative shirt ahead of the first day’s play

Anderson received a commemorative shirt with his name and ‘162’ on the reverse and the congratulations of his team-mates ahead of the first day’s play.

Anderson told BBC Sport: ‘I can’t believe I have got this far. It’s been an amazing journey.

‘I’m lucky that I have got a body that can cope with the rigours of bowling. I do work hard at my fitness and skills.

‘It’s also about having the hunger to turn up every day to try to get better. That’s all I’ve done since I became a professional and that will hopefully continue for a few more years yet.’ 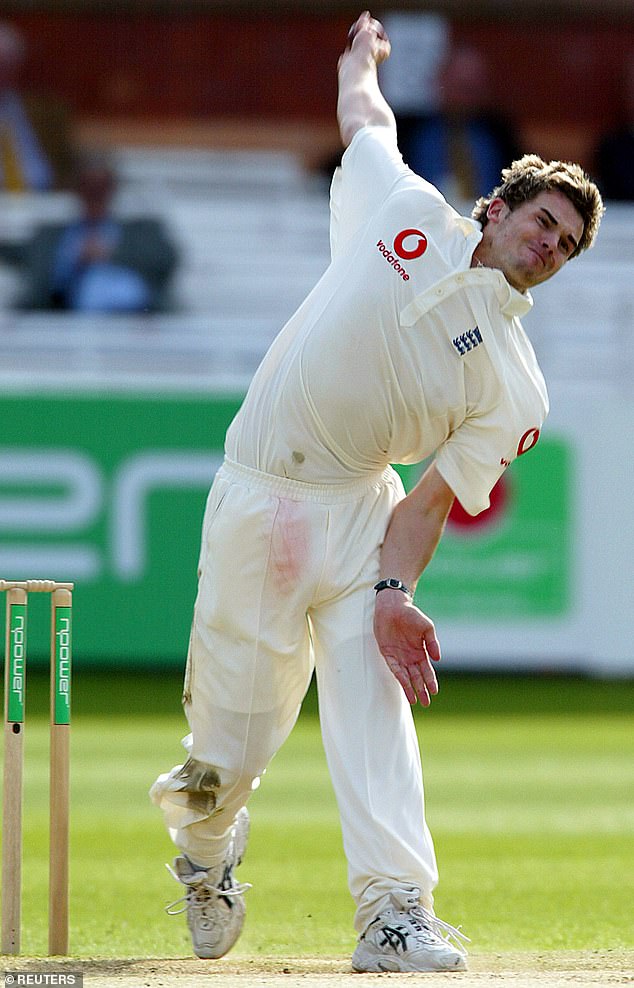 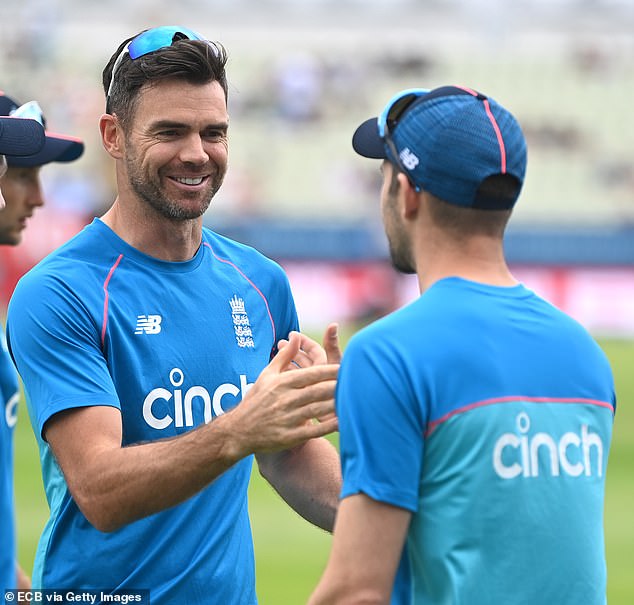 Most Test caps for England

Anderson revealed he received a congratulatory phone call from Cook on Wednesday night.

‘That phone call meant a lot from such a close mate,’ he said. ‘To go past him is special.’

In addition to his record number of Test appearances, Anderson played 194 one-day internationals and 19 Twenty20s for England, amounting to 375 caps in all across the three formats of the game.

Anderson’s 616 Test wickets have come at an average of 26.58 apiece and includes 30 five-wicket hauls.

Sachin Tendulkar holds the world record for Test appearances with 200 for India between 1989 and 2013.

Root, the eighth captain he has played under for England, said of Anderson’s achievement: ‘It will be a very special occasion to witness.

‘To see someone break that record is huge; for him to do it as a fast bowler in particular, just shows his skill level and the longevity of his ability over a period of time.

‘His fitness levels, his desire to keep going and to keep putting his body through that – and what a great player for young guys to come in and learn off as well, to talk to about fast bowling and the art of swing bowling.

‘So it’s going to be a fabulous occasion in many respects and one that I’m very much looking forward to.’ 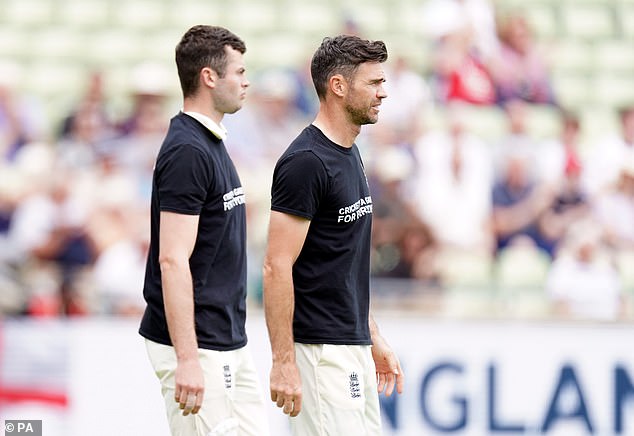 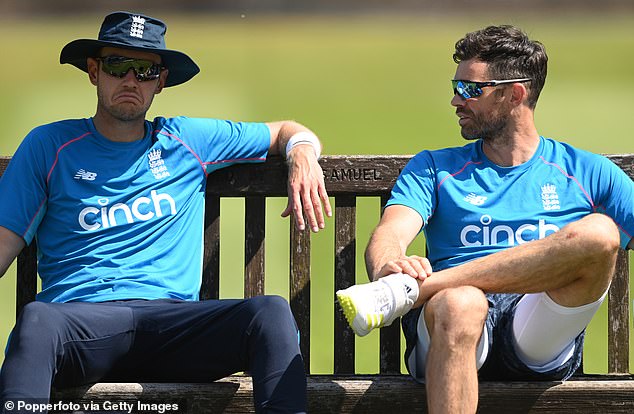 The occasion hasn’t been without embarrassment for Anderson after a homophobic tweet he posted in 2010 resurfaced in the days before the match.

Tweeting about team-mate Stuart Broad in February 2010, Anderson wrote: ‘I saw Broady’s new haircut for the first time today. Not sure about it. Thought he looked like a 15 yr old lesbian!’

Responding to it, he said: ‘For me it’s 10-11 years ago, I’ve certainly changed as a person. And I think that’s the difficulty, things do change, you do make mistakes.’

Asked whether there was now an anxiety hanging over the squad due to things that might have been said online in the past, Anderson said: ‘Yeah, I guess. I think it’s something we need to look at.

‘If there are any tweets from years ago we do have to look at that and again learn from this and be better in the future, try and make sure we know it’s unacceptable to use these sorts of phrases and language.’

On this day in 2012: ECB hands Danish Kaneria lifetime ban for spot-fixing