England sprung another bowling surprise on Wednesday when they left out their record wicket-taker Jimmy Anderson on his home Old Trafford ground that has an end named after him.

Anderson, just 13 wickets away from the magical figure of 600 in Tests, is ‘rested’ along with Mark Wood for the must-win second Test, with Sam Curran and the uncapped Ollie Robinson coming into a squad of 13.

But Anderson’s strike partner Stuart Broad is expected to return along with Chris Woakes as England seek the victory they need to ensure they still have a chance of regaining the Wisden Trophy in the third Test next week. 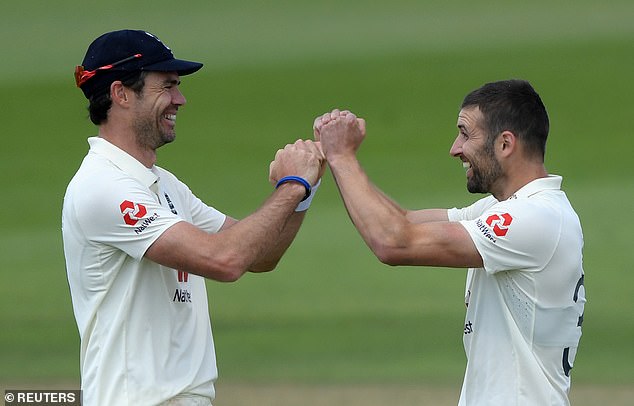 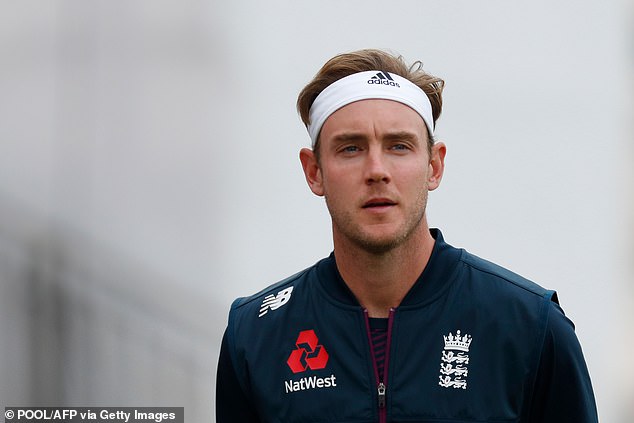 One change definitely made is the dropping of Joe Denly on the return of captain Joe Root after paternity leave.

Zak Crawley is promoted to three.

Broad was left out on home soil for the first time in eight years in the raisethebat series opener and caused a stir with a stark television appearance in which he described himself ‘frustrated, gutted and angry’.

England went on to lose the match by four wickets and will take the field at Emirates Old Trafford on Thursday morning showing at least three changes to their XI, one of which will surely see Broad’s comeback as leader of the attack.

The return of captain Root led to the almost inevitable dropping of Denly after 15 unconvincing appearances at the highest level, but Anderson and Wood have both been left out of a 13-man squad with an eye on workload management.

As if to ram the point home the pair were officially listed as ‘rested’ by the England and Wales Cricket Board, rather than among a separate group of seven reserve players.

The condensed nature of the schedule meant a rotation policy among the quicks was always forecast and, after sending down a combined 74 overs at the Ageas Bowl, Anderson and Wood have been shuffled out.

For England’s record wicket-taker it means he must wait until the third Test to bowl from the James Anderson End at his home ground. 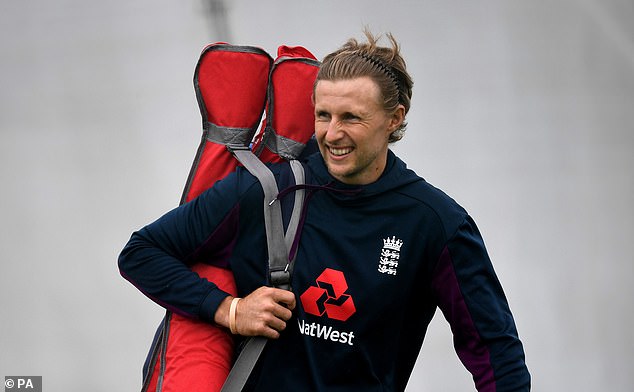 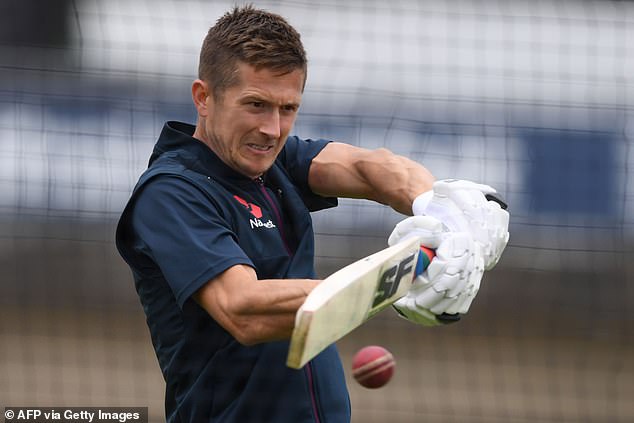 As expected, Jow Denly has been dropped for second Test after some lacklustre performances

All-rounder Sam Curran and uncapped Sussex seamer Ollie Robinson were promoted in their absence, though Warwickshire’s Chris Woakes is arguably next in line.

Curran does offer a point of difference as a left-armer and his footmarks may also be of benefit to off-spinner Dom Bess, but Woakes has a bowling average of 23.45 and a batting average of 35.23 in English conditions and brings plenty of experience to bear.

As expected, Denly lost his head-to-head battle with Crawley, who produced England’s top score of the match in Southampton with 76 and, at 22, appears to have both a longer and brighter future than his 34-year-old Kent team-mate. 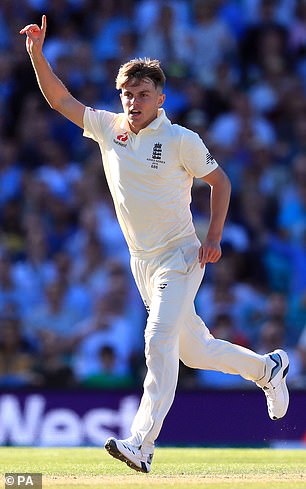 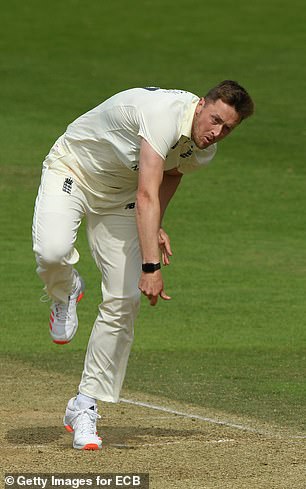