They reached lunch on 119 for two, a lead of 24 over India, after also getting the benefit of two crucial review decisions with Dom Sibley digging himself in alongside his captain.

Both Burns and Crawley fell inside the first hour of day four with England fans at Trent Bridge feeling a repeat of the sorry batting collapse in the first innings on Wednesday. 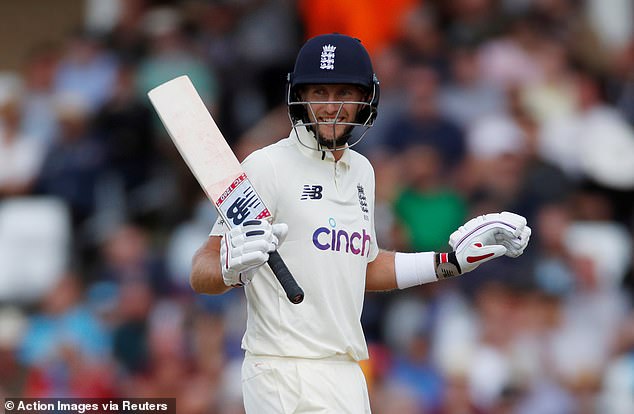 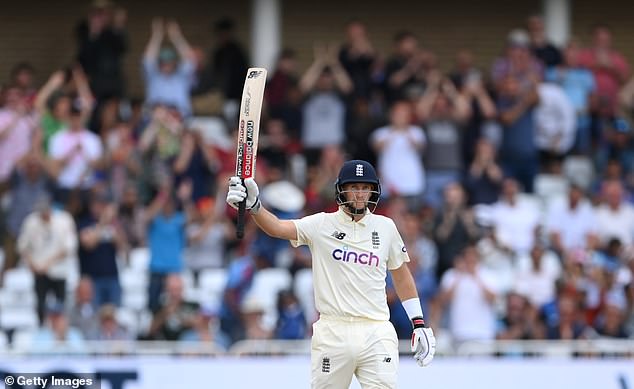 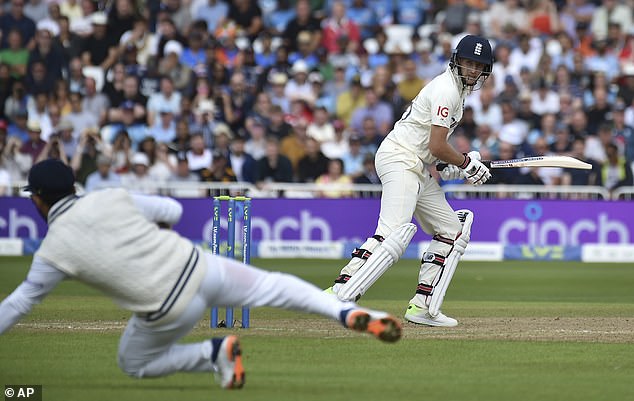 England resumed on 25 without loss but were quickly in trouble. Burns, who didn’t score in the first innings, looked in fairly good touch on 18 when Mohammed Siraj’s fierce delivery slanted away from its middle stump line to clip the outside edge.

Dom Sibley was his usual cautious self at the other end but Crawley came and went in under 10 minutes. He made six before pushing defensively at Jasprit Bumrah and nicking behind.

His team on 46 for two and wobbling, Root walked out to the crease to launch his latest rescue mission.

Root had soon caught Sibley up but survived one or two nervy moments, not least in consecutive balls from Bumrah. 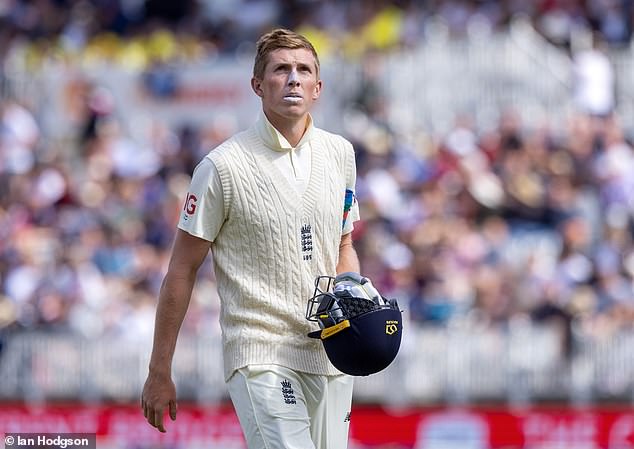 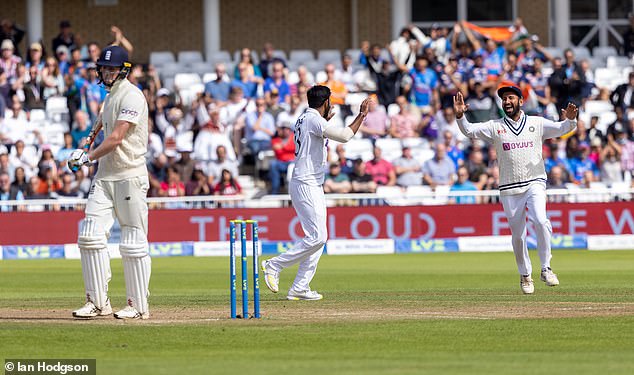 He almost got caught out by unexpected bounce on the first, prodding away, and then nicked the second but with hands soft enough that it dropped short of first slip.

But the assurance that marked Root’s first innings 64 was again apparent in the boundaries scored but England needed a reprieve at the other end.

Sibley was given out LBW on 24 off Shardul Thakur but Root convinced his partner to review the decision.

Replays showed the ball sneaking down the leg side, leaving Root to celebrate the verdict with a fist bump as his own instincts were vindicated. 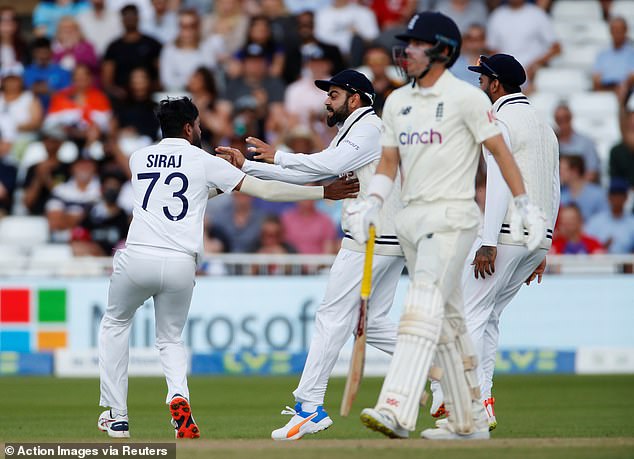 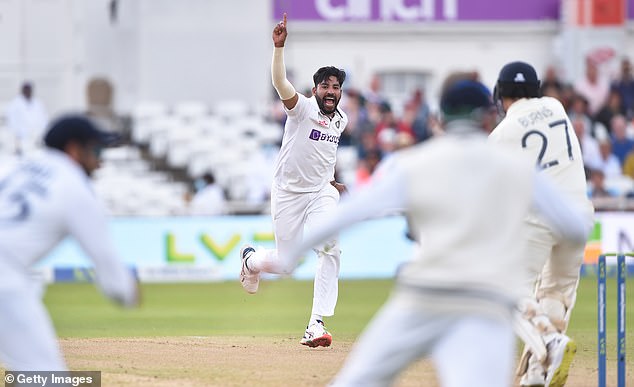 England wiped out India’s lead moments later but survived another review when Virat Kohli was convinced Root was out LBW trying to cut Ravindra Jadeja.

The tourists fancied their chances but replays showed impact well outside the line.

Root’s 51st Test century came off 68 balls and just a few minutes before lunch as he edges through the slips for four.

Rain features prominently in the Nottingham weather forecast for the afternoon as England look to build a match-winning, or at least match-saving, lead. 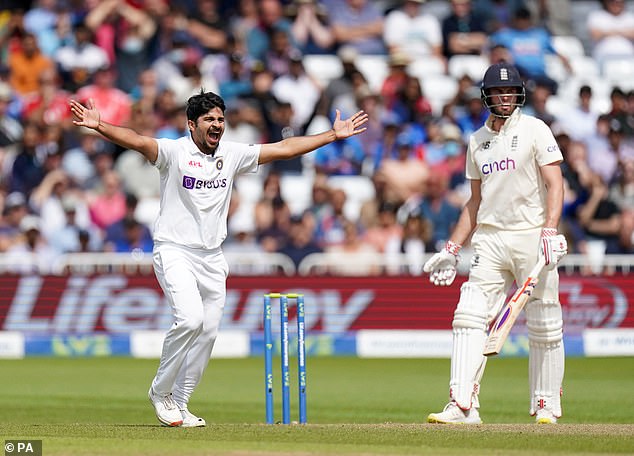 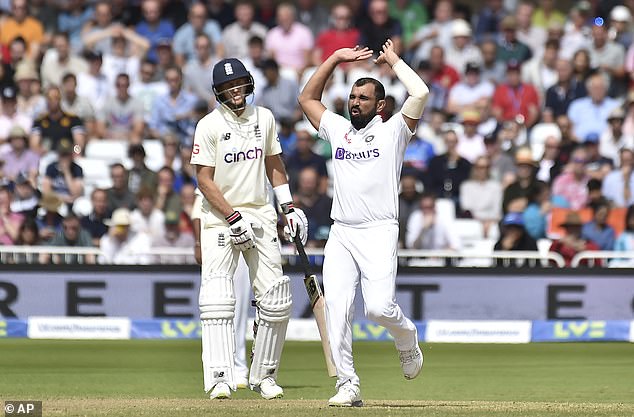 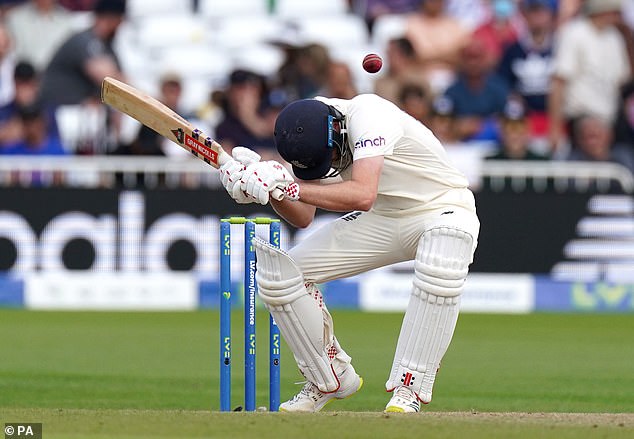 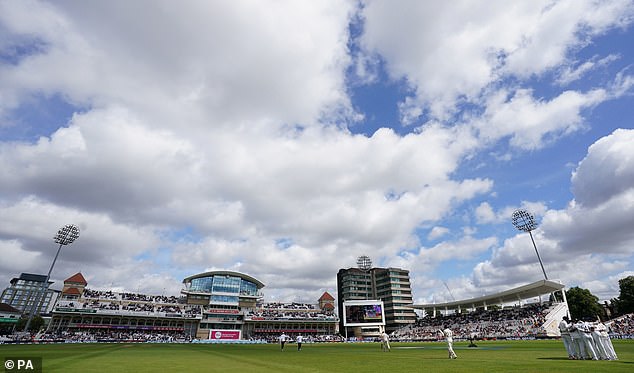 Ocean out to make Flat waves