‘I hit Joe on the head three times… he just blew me kisses!’: Root’s former mentor Kevin Sharp reveals how England’s captain always had a hunger to improve

If anyone has a window into just what makes Joe Root so special, then Kevin Sharp, Yorkshire’s former batting coach, is as good a man as any.

Sharp worked with Root when he was first invited to the Headingley nets aged 12 and was the man the future England captain turned to for advice as he made his way through the ranks.

Now Worcestershire’s director of cricket, Sharp, who played 218 first-class matches for Yorkshire, must take a large chunk of credit for nurturing Root’s thirst for runs. 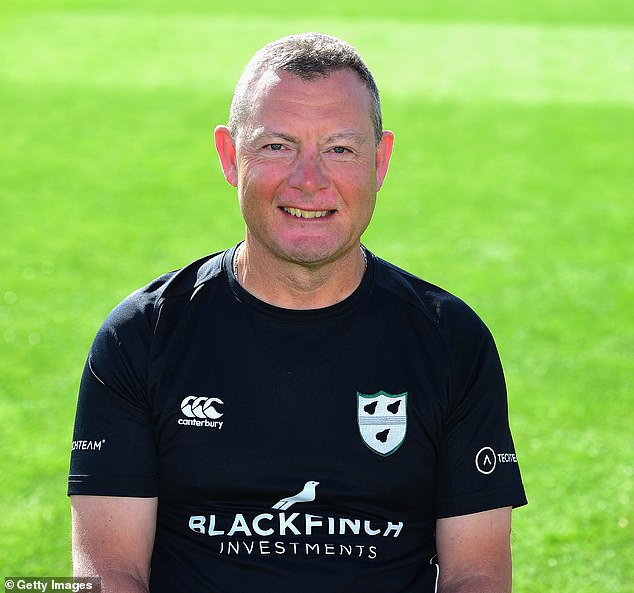 For Sharp it’s another demonstration of Root’s ability to rise to a challenge. Just like he did as a 17-year-old on a pre-season county tour to Barbados.

‘We are at the Three Ws Oval in Barbados and Joe comes up to me and asks me if I have a minute,’ Sharp tells Sportsmail. ‘At the back of the ground there’s a sports hall, it’s a bit like a shed, with concrete lanes in it. It has some fluorescent lights in there but it’s dark, properly dark.

‘Joe sets his field up and it’s the usual, three slips, short leg, gully. Then he throws me a brand new ball and says, “right, we’re going to play Test cricket for 15 minutes”. 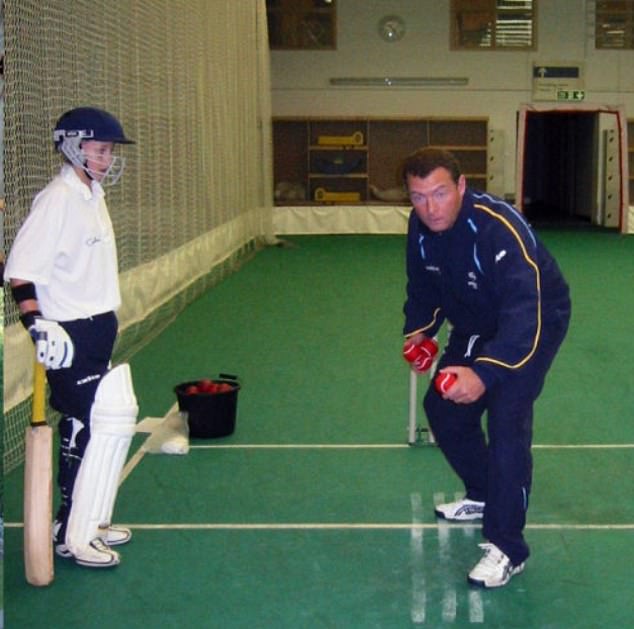 ‘We were playing on an eight-yard pitch and it’s almost pitch-black and he told me that all he wanted me to do was run in as fast as I could and hit him on the head — I told him I could definitely do that.

‘So we started and I really made it real. After each ball I ran down the pitch, shouting, “I’m going to kill you!”

‘He just kept smiling at me, winking and blowing me kisses. I would turn round trying to make sure he didn’t see the smile on my face. We had this session for a quarter of an hour and, at the end, I told him I had done what he had asked me to do, I had hit him on the head three times. 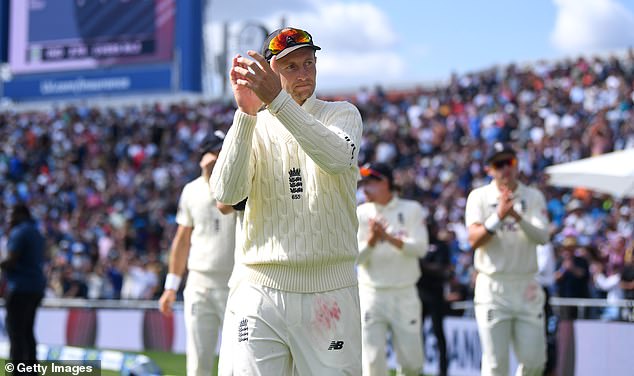 And Root was right. Despite his peppering, with the rock hard cherry, Sharp (below) says that even when he managed to hit Root on the gloves, he would deflect the ball into the ground.

Root broke into the Yorkshire first team by the age of 20, and in 2013, when just 22, he was called into the England squad for their tour of India. It was the elevation he had been preparing for his whole life.

‘A couple of years ago, Andy Flower came down to Worcester to have a chat with us,’ says Sharp. ‘I asked him about Joe, and he said that when you tell some players that they’re going to make their debut, you can see a little bit of fear there.

Not that Root’s journey has been plain sailing. ‘For a couple of years, he started growing, his legs got a lot longer and he could hardly stand up,’ says Sharp. ‘The lads nicknamed him Bambi! There was one point where he was out lbw something like 20 times on the trot because he kept falling over and getting trapped in front.’

Despite the tough times, coach and pupil were confident enough to strike a deal though. ‘We were in the nets one day and I said to him quite playfully, “You won’t forget me when you’re playing for England, will you?”

‘He looked at me and said, “I won’t forget you, I’ll never forget you”. I told him to leave me two tickets on the gate at Lord’s when he played his first Test there — and that I wanted full hospitality.

‘A few years later, he gets picked and I had just started at Worcester in 2014. He messaged me and asked me if I was coming. I had to turn him down because I just couldn’t get away. I eventually went for the South Africa Test, a few weeks after Alastair Cook retired as captain.

Plenty more glasses will be raised to Root if he continues his form into the final two Tests of the summer. But the odd toast should go to Sharp too.