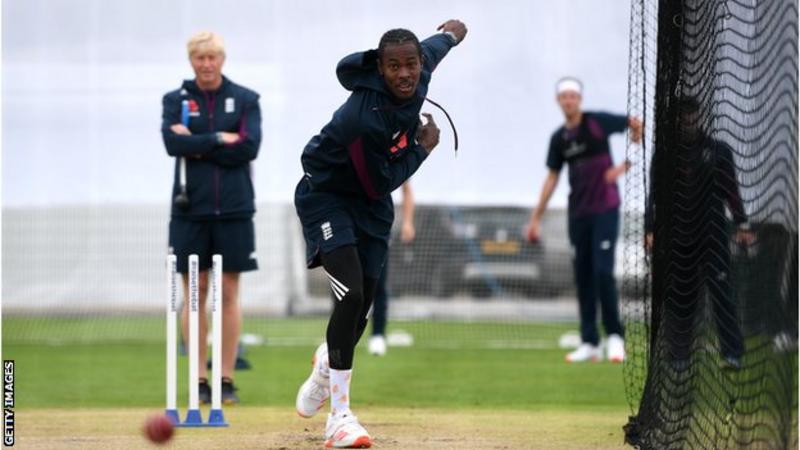 England fast bowler Jofra Archer has been excluded from the second Test against West Indies after breaching the bio-secure protocols.

All of England’s matches this summer are being played behind closed doors and in a bio-secure environment.

Archer was confirmed in England’s squad as late as Wednesday afternoon and it has not been confirmed what he has done to breach the protocols.

The 25-year-old has not been replaced in the 13-man squad.

England will confirm a team for the second Test at the toss, with captain Joe Root set to speak at about 10:30 BST.

It is thought the breach occurred in between moving from Southampton, where England lost the first Test on Sunday, to Emirates Old Trafford, the venue for the second.

However, it only came to light late on Wednesday night.

Archer said: “I am extremely sorry for what I have done.

“I have put not only myself but the whole team and management in danger. I fully accept the consequences of my actions and I want to apologise to everyone in the bio-secure bubble.

“It deeply pains me to be missing the Test match, especially with the series poised. I feel like I have let both teams down, and again I am sorry.”

Archer will now have to isolate for five days, during which time he will take two coronavirus tests, both of which must return negative results before he can return to the England squad.

West Indies have been informed of the sanctions and are satisfied with the restrictions that have been imposed.

Archer, who has played eight Tests, took 3-45 in England’s defeat in Southampton and was the only member of the hosts’ pace attack retained for the second Test, with James Anderson and Mark Wood rested.

“It’s going to make it so much more difficult for England to get back into the series.”