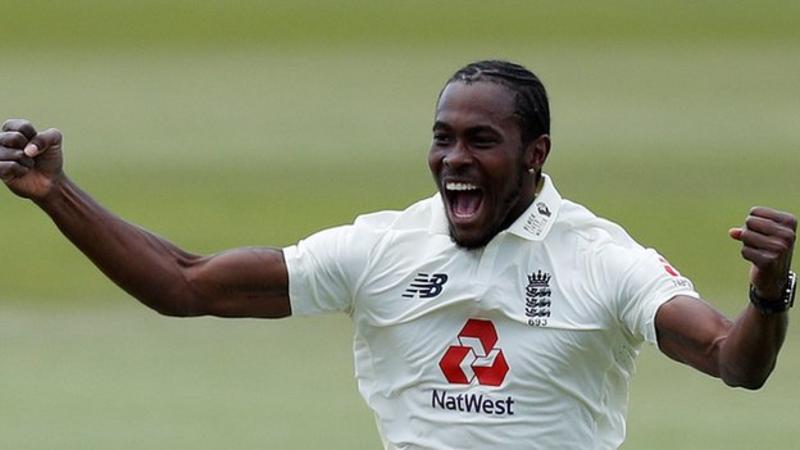 Brathwaite told BBC Radio 5 Live that teams are lifted by personalities who “don’t play by the rules”.

Archer, was dropped for the second test against the Windies for breaking Covid-19 protocols, but has been recalled.

Brathwaite said the bowler, racially abused on social media after being dropped, has faced an unfair reaction.

Asked if Archer had been treated fairly in England, Brathwaite said: “No.”

Brathwaite believes Archer suffers too because of his strength of personality.

“There is the traditional English way of doing it by the book, but all good teams need the X-Factor. I think he [Archer] brings that X-Factor and I thought Kevin Pietersen brought that X-Factor.

“While you’re hoping that the majority of the team are 75% consistent and they do everything by the book – they are always early, they eat right, they do this and they do that – you do need that rogue.

“I am not saying that he [Archer] is that, but every team needs that rogue, that X-Factor, that doesn’t play by the rules of the book and ‘do it my way’ type of character.”

He added: “If you think about it, [England all-rounder] Ben Stokes not so long ago, was seen as that type of character. Now he is seen as a leader.

“If England can find a way to transform Jofra into the leader that Ben Stokes has become, while keeping his X-Factor on-field performance, then they are two serious cricketers to be contending with for the next five to 10 years.”

Barbados-born Archer qualified to play for England in March 2019 and helped them win the World Cup last year.

He has been included in the England squad for the deciding Test against West Indies, which starts on Friday.

However, after breaking Covid-19 bio-secure protocols after the first Test, the Sussex bowler was forced to spend five days in isolation and was later fined and given a written warning.

Archer wrote in a newspaper column that after being dropped, he had suffered racist abuse on Instagram.

He also said he has come off social media as it is “unnecessary noise”.

“I would give more of a warning [to Archer] to be wary of what you post and understand the backlash that you can receive,” said Brathwaite.

“With most things, the higher it can take you, the further down it can pull you as well, so just be wary.

“I saw on his social media that he was racially abused and, regardless if you use social media or not, that’s just not on.

“His social media is a source of entertainment for me as well, so keep the entertainment coming, but just be wary of a backlash if there is any.”