JOFRA ARCHER: I can’t wait to see the guys… and playing for Manchester United was a dream come true!

The other day I was on a Zoom call with the rest of the England squad about the prospect of getting back to playing international cricket this summer.

I don’t want to get my hopes up too high, too soon, and won’t do until dates are actually penned in but personally there was nothing within what we were told that concerns me, really.

There wasn’t much chat amongst ourselves because it was one of those calls on which everyone is muted, so that the medical people could speak without background noise. 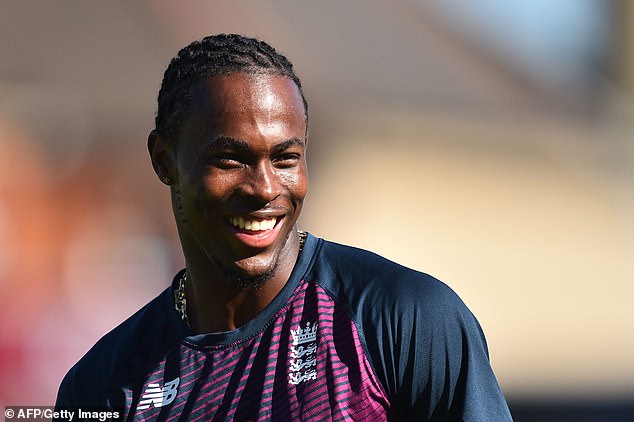 While we have yet to be given a provisional date, we know that any anticipated start we do receive could be pushed back further into the summer and it has been stressed that the most important thing is the health of the players.

So, I’d be very happy to undergo coronavirus and temperature tests daily. Obviously, if you got infected, you would have to leave the group. And the prospect of being all together in a hotel for several weeks does not bother me at all. I haven’t seen the guys in a while and I am sure it will feel more like a reunion than a term in prison.

Yes, it will be hard to play in a stadium without supporters but I understand it is necessary for things to start that way as we won’t be able to test every single fan wanting to come into the ground.

Although the crowd is an aspect we can sort out later, I think it will be one of those things you don’t realise how much you need until it’s gone. Take it away, and we will realise how much the supporters mean to us. 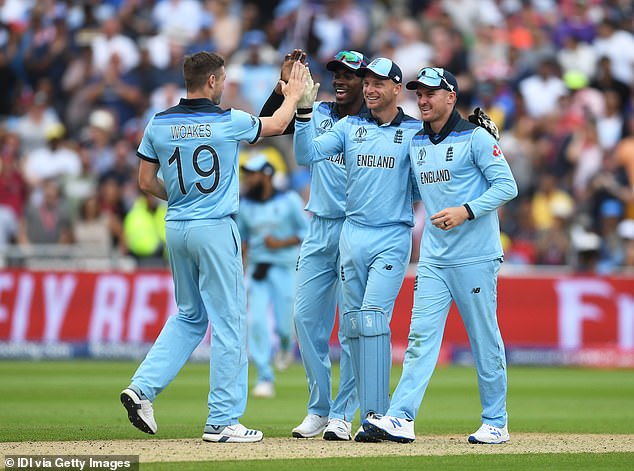 Playing in complete silence will take some getting used to, I would imagine, so I think it might be useful to play some music, some simulations of a crowd, something to create an atmosphere.

The best solution, if we do have to play behind closed doors, might be to have cheers and clapping when someone hits the ball for four or a wicket falls. These are the little things that will make it as normal as possible even though it won’t be a normal occasion.

But it’s got to the stage where I don’t really care about much else than playing right now. It feels like we’ve already missed half a summer. And my feeling is that if we can just get a start, at some point, things will only get easier. For me, starting is the hardest part.

I’m not really sure how my elbow is as yet. I guess I’ll have to bowl seriously to really find out. It feels fine after a lengthy period of rest but I’ve not done anything of any kind of intensity as yet. 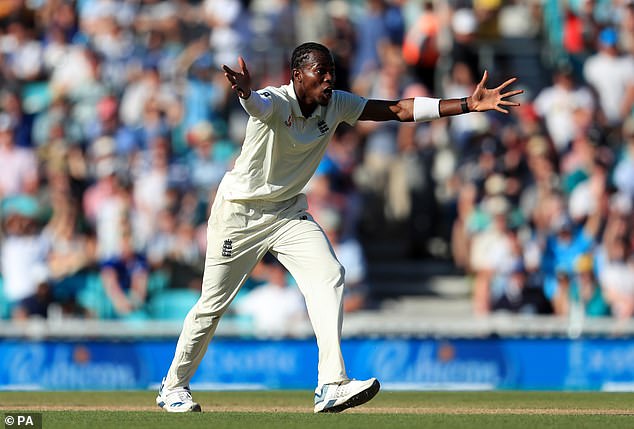 Just a bit of stuff with a tennis ball, bowling at the wall. But a tennis ball is nowhere near as heavy as a cricket ball and, until I get to that process, I won’t know for sure.

For the moment, it’s just baby steps. I’ve been out in the car park bowling the equivalent of about eight overs at a time – then it gets kind of boring, and I come back in. I’ve thought about chalking some stumps on the wall but, to be honest, it’s that long since I’ve seen any I’ve forgotten what they look like!

The scan on how my stress fracture has healed will have to wait until everything has eased up. With all the coronavirus stuff around, I don’t want to be in a hospital right now.

But I’ve been running almost every other day – a combination of 2km runs, tempo runs and sprints from my England training programme – down at Waterhall playing fields, where Brighton Rugby Club play. Sometimes I see Chris Jordan out doing the same runs. 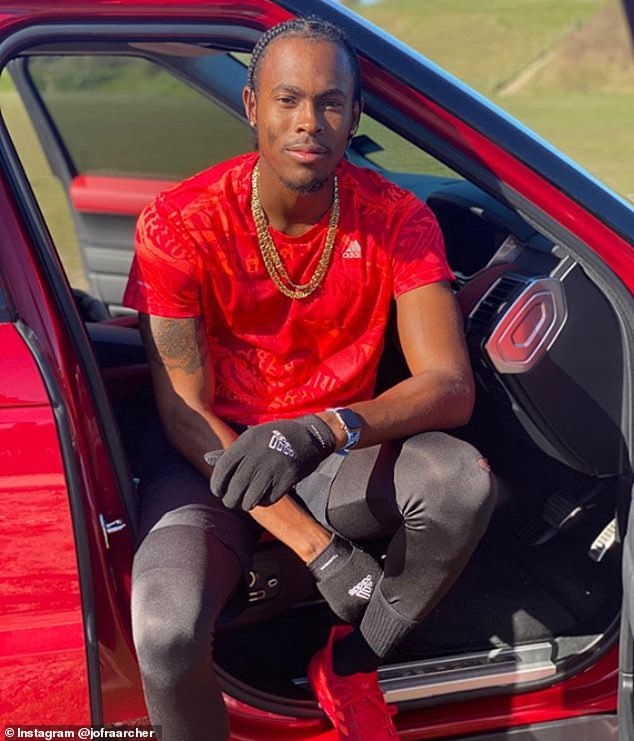 Archer has been working out at Waterhall playing fields, where Brighton Rugby Club play

The big thing I miss is playing matches. Otherwise, my life is pretty much the same. Because if I’m not at cricket, I’m at home. And I’m quite accustomed to being by myself.

I’ve got my Xbox, and CJ’s British bulldog Griff for company – and that’s more than enough to keep me occupied. Griff spends so much time with me that he thinks he lives here, to be honest.

It all started a while ago. The two of us live in the same apartment block in Hove and when I saw CJ in the lift one day, Griff just followed behind me. Now when he’s put in the lift, he knows exactly where to go.

That dog’s got it good with two flats to live in and two lots of food. Thing is, you can’t fill him. He eats whatever you give him straightaway and whenever you’re in the kitchen he’s man-marking you – and I mean touch-tight. Particularly if you get the cheese out of the fridge. He loves it. I thought I’d grown a tail at one point. 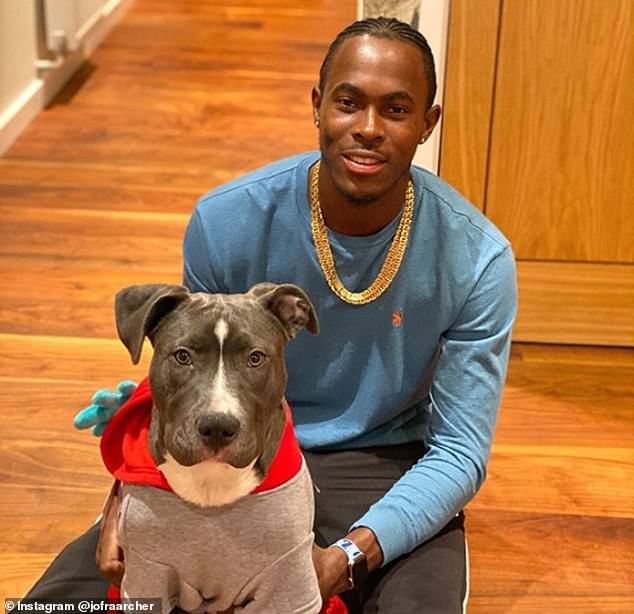 It is now a year and a week ago since I made my England debut in Ireland. I was a little bit nervous because I knew what was coming up. All the talk was of selection for the World Cup and the Ashes was following soon after. In any other year, I would probably have been a bit more relaxed.

Seeing my first wicket on Twitter – Mark Adair, bowled – brought back memories. Not least of how cold it was. But I would so love to be back out there now.

Instead, my competitive action has been confined to indoors. As a Manchester United fan, it was an honour to be asked to represent them in the ePL Invitational – playing FIFA 20 against other Premier League clubs – this past week.

There were quite a few people they could have asked but they chose to ask me – not knowing how good I am at the game. If they had known, they probably wouldn’t have!

I actually felt ok playing against the Premier League footballers but I am pretty scared about playing guys in my own squad. I don’t tend to because some of them are actually good. The likes of Moeen Ali, CJ too. Some, not so. Adil Rashid thinks he’s good but he’s junk, and Tom Curran is the worst by far. 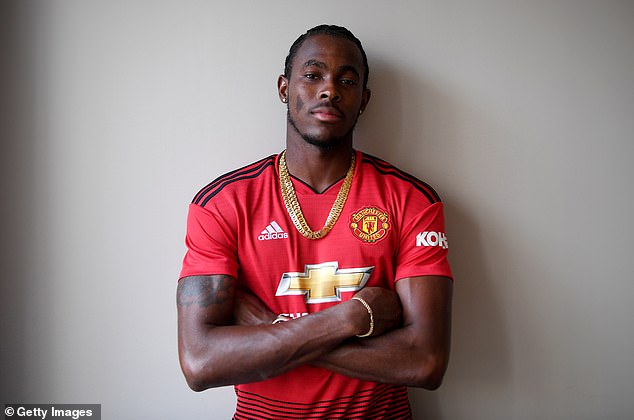 I have supported Man United all my life. Living in Barbados, you get quite an even spread of football fans to be honest. There are even West Ham fans – I guess they have family connections.

But Wayne Rooney was the man for me because he scored a lot and when I used to play football I played a similar position up top. I used to try to be him whether it was in the back garden or playing for the school.

I play Xbox a lot and have just signed a deal with Veloce to have my own gaming channel online. This tournament used Play Station. Switching between the two takes a minor adjustment – the same buttons are used but the shape of the controller is a bit different – but I want no excuses.

I got a decent win under my belt to start off with, beating Newcastle’s Rolando Aarons 4-1, but then lost a 4-3 thriller in the last minute against John Egan, of Sheffield United.

At FIFA, I am not a bad loser. The same can’t be said for Call of Duty, though. I get upset and want to throw the remote. That’s serious for me and thankfully none of the England lads have beaten me as yet. I look forward to being back amongst them.

To find out more about Jofra’s affiliation with Veloce, head to www.veloce-esports.com.