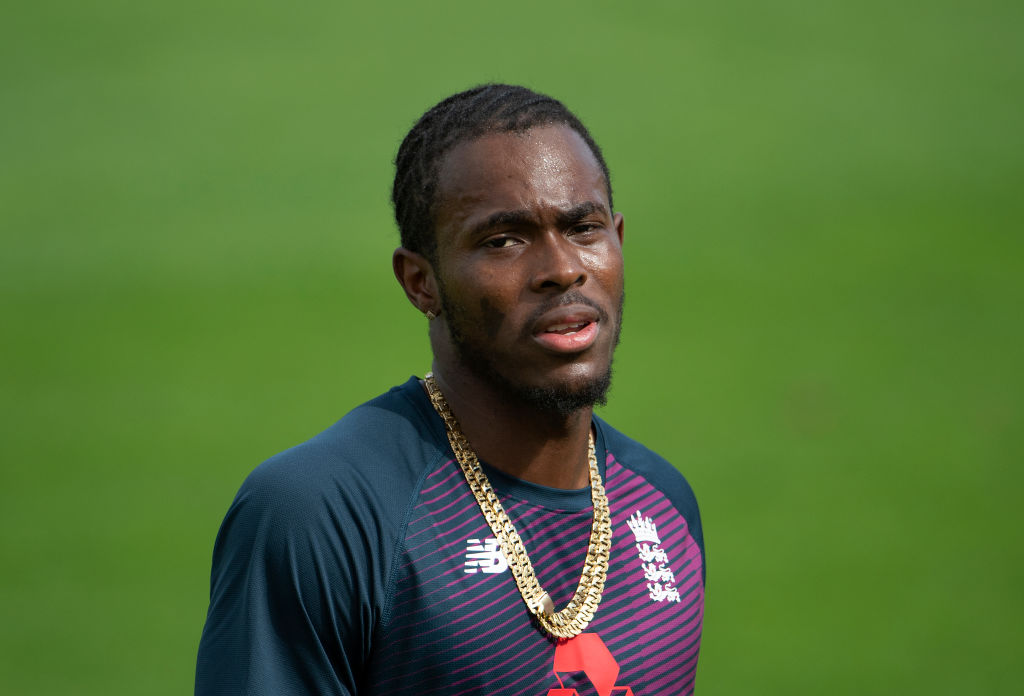 Jofra Archer hopes opposition teams are scared at the prospect of playing England during the upcoming T20 World Cup in the UAE.

England head to the Middle East as one of the favourites to win the competition, having firmly cemented themselves at the top of the T20 International rankings after winning 22 of their last 31 completed matches.

However, they will be without the injured Archer and Sam Curran this month, while star all-rounder Ben Stokes is also missing from the 15-man squad as he continues his indefinite break in order to focus on his mental well-being.

Despite the injuries to key players, Archer is confident that the squad selected remains strong enough to win the tournament.

‘I hope opposition teams are scared when they come up against us over these next few weeks. I hope people are losing sleep at night, thinking, ‘jeez, we have got a tough game tomorrow,’ the Sussex seamer told the Daily Mail.

‘Let’s face it, we have been successful for so long, top of the world rankings as a result and have players that can dominate on any stage.

‘Yes, myself and Ben Stokes are unavailable, but I’m not worried about that in terms of the way the team will perform.

‘I know there is enough strength in depth to cover our absence. We saw in the summer that there is so much talent within the England white-ball squads. It was a blessing of the Covid period that we got to see just what people waiting in the wings can do.

‘Liam Livingstone confirmed he is a straight swap for Stokes. You don’t have to think about it. He’s a guy who walked out and hit an England record 42-ball hundred against Pakistan.

‘As for the bowling, people may suggest I am a big loss because of my record in T20 but I would counter that by saying I am only one person.

‘I have always believed I’m only as good as the guy at the other end. You are working as a pair when you are bowling and if I’m going at two-an-over and the other guy is going at 10s, I view it as going at sixes. The same in reverse.

‘The strength of this England team is that everyone works with each other. It’s the best quality it has. Everyone feeds off each other, and there is a culture of playing for your team-mates rather than yourself. So although I’m not sure which way they will go in selection, whoever comes in to take the new ball will do well.’

England begin their World Cup campaign against the highly-rated West Indies in Dubai on October 23.