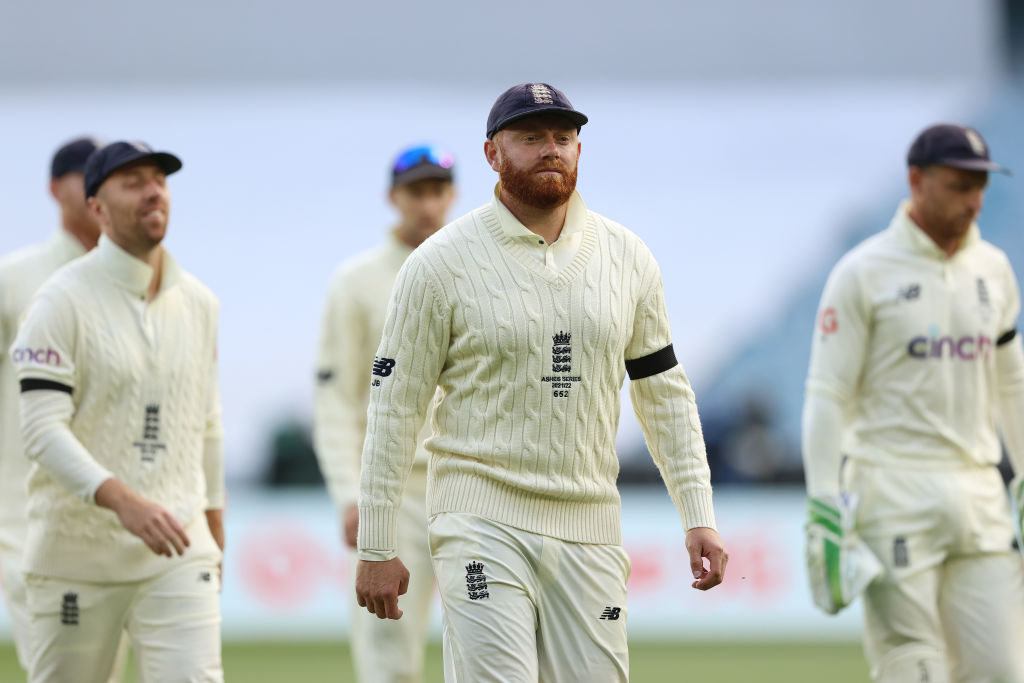 Jonny Bairstow has urged his England teammates to be ‘stronger and tougher’ with the bat after they suffered yet another disappointing collapse on day one of the Third Ashes Test against Australia.

England headed into game 2-0 down in the five-match series after suffering heavy defeats in both Brisbane and Adelaide.

Australia captain Pat Cummins won the toss and elected to bowl in what looked like very bowler-friendly conditions at the MCG.

The visitors struggled from the very start, losing openers Haseeb Hameed and Zak Crawley, who replaced Rory Burns, before the score reached 15.

Joe Root and David Malan looked to steady the ship, but Australia’s bowlers were simply too good yet again and bowled England out for 185 inside 66 overs.

In reply, the hosts reached 61-1 at the close, with James Anderson getting David Warner caught by Zak Crawley in the gully for 31.

Speaking after the day’s play, Bairstow, whose playing his first match of the series, bemoaned England’s continuous struggles with the bat.

‘We’ve got to get a bit stronger and tougher with our dismissals,’ said Bairstow.

‘We know that and we’ve spoken about that. That is just being honest with ourselves. We saw in the second innings at Adelaide that we could bat for a period of time and put a lot on each of our wickets. When it comes round to the second innings here that’s exactly what we have to do.

‘We come back in the morning really pumped and ready to make a difference in this game.’