Jos Buttler hit a vital century for England – his first in T20I cricket and with a six off the final ball – as they recovered from 35 for three to post 163 for four against Sri Lanka in Sharjah.

England lost three wickets in the powerplay, with Jason Roy and Dawid Malan having their stumps disturbed before Jonny Bairstow was given out lbw on review.

But Buttler – just a couple of days after his destructive 71 off 32 balls in the hammering of Australia – rebuilt the innings with Eoin Morgan in a crucial 112-run partnership between the pair. 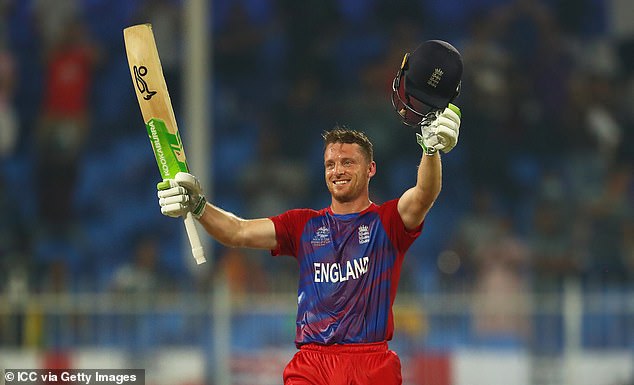 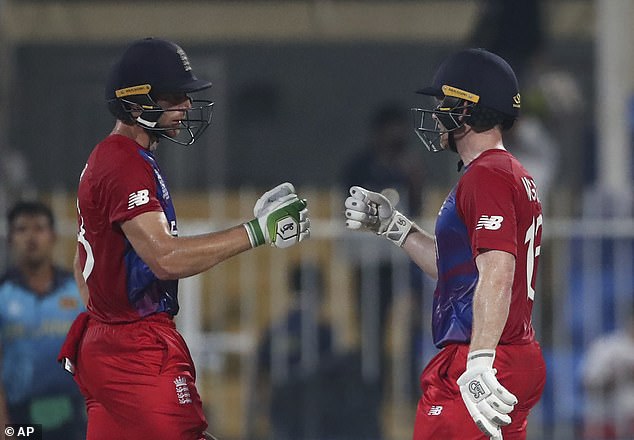 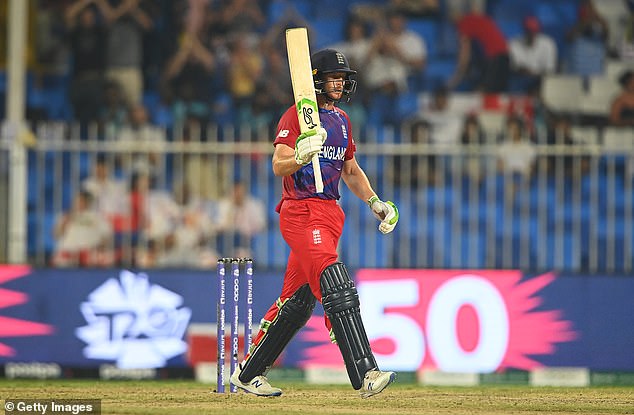 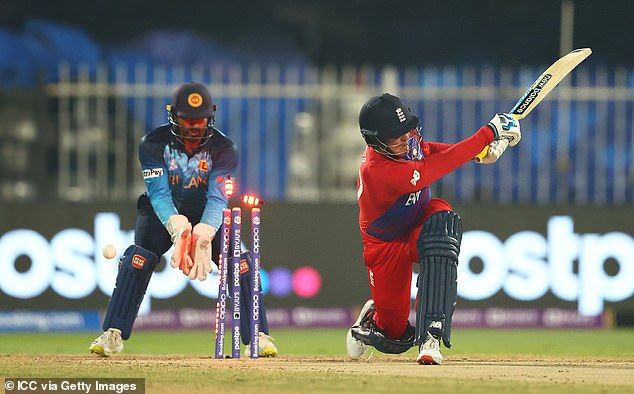 Jason Roy was the first to depart in the powerplay, sweeping over Wanindu Hasaranga’s ball

The wicketkeeper-batsman may have lacked the belligerent hitting of his Australia knock for the first half of the innings this time around, with his half-century being the slowest by any England batsman in T20 World Cups.

However, some exquisite strokeplay in the second half of the innings ensured his hundred came off just 67 balls, with six fours and as many sixes.

His dominant display was perhaps even more important than his exploits at the weekend, as England search for the win which would all but guarantee their place in the semi-finals.

Eoin Morgan’s men batted for the first time in the tournament after Sri Lanka won the toss, having beaten West Indies, Australia and Bangladesh comfortably while chasing.

And after a promising opening over, Roy departed after missing the ball with an attempted sweep shot off the impressive Wanindu Hasaranga’s. 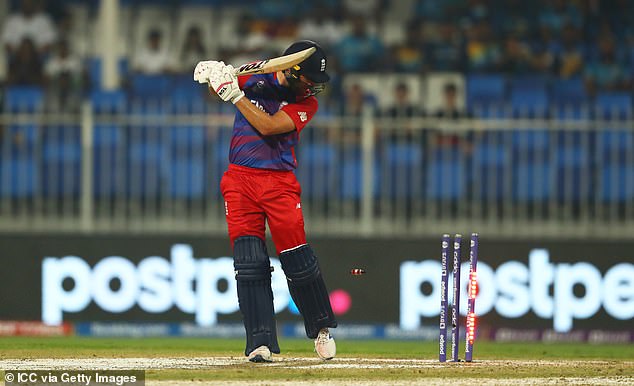 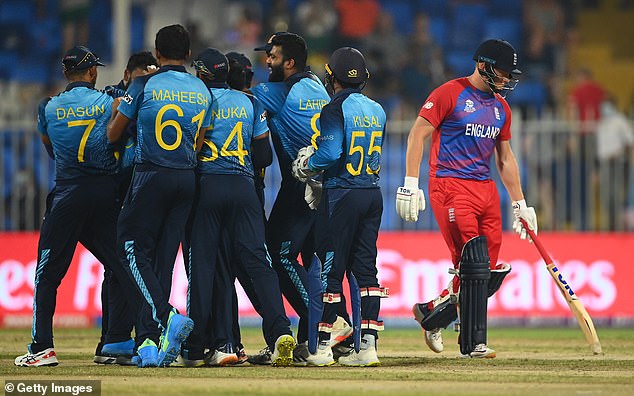 Malan had a lucky escape off Dushmantha Chameera after edging behind, but was out the following delivery after his off stump was knocked back while attempting to drive.

Bairstow then departed first ball to Hasaranga after a smart DRS review, having initially been given not out by the on-field umpire after coming down the pitch to the spinner.

Captain Morgan then joined Buttler at the crease, and after a rather conservative four overs after the powerplay from the pair, the latter then moved up the gears.

He hit the first ball after the drinks break for four and then smashing a four and a six off Chamika Karunaratne in the 13th. He was then in the groove and smashed some excellent strikes off Lahiru Kamara. 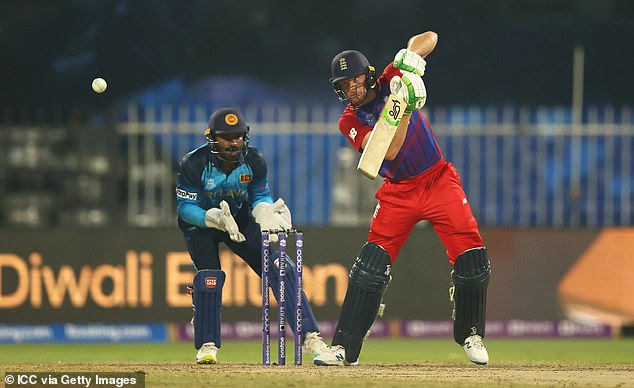 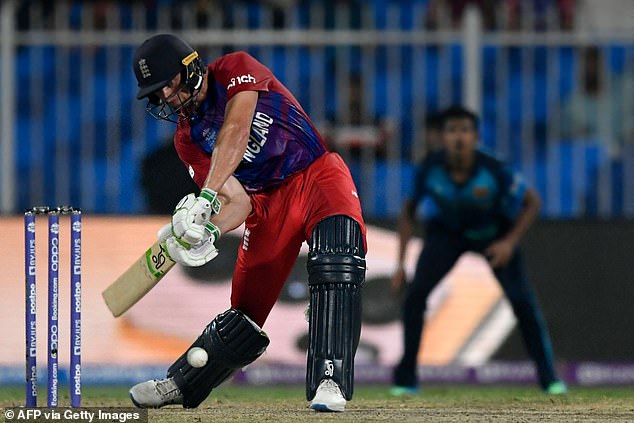 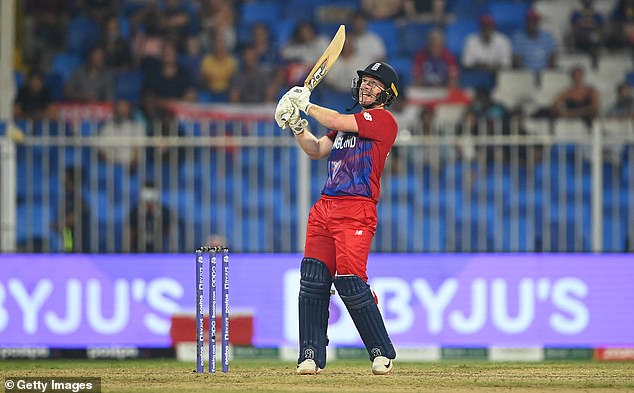 Morgan then began to respond in kind, hitting Hasaranga for a four before lifting Kamara over extra cover for six. From then on, it was Sri Lanka, who reverted to bowling full, who paid the price.

The dew came into effect but in truth little could have stopped the hitting from Morgan and Buttler, who then tore into the bowling line-up.

Hasaranga was brought into the attack in the penultimate over and removed the former, having been hit for a maximum the ball before.

However, Buttler continued on and reached the milestone of the final delivery of the over with just the latest stunning strike from his bat in this tournament, and you would imagine there will be a fair few more to come too. 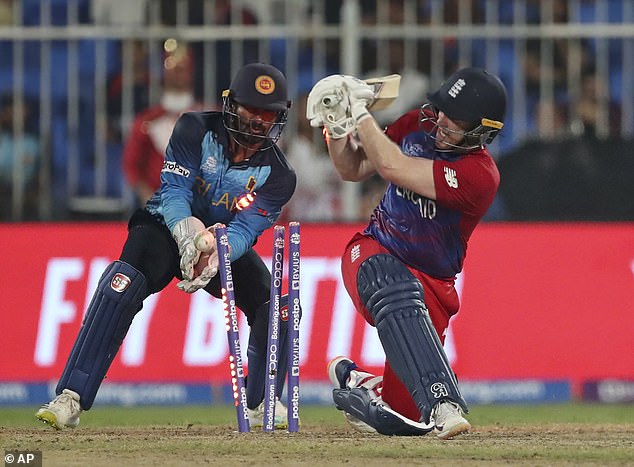 But having hit Hasaranga for a six off the first ball of the penultimate over, he was then bowled 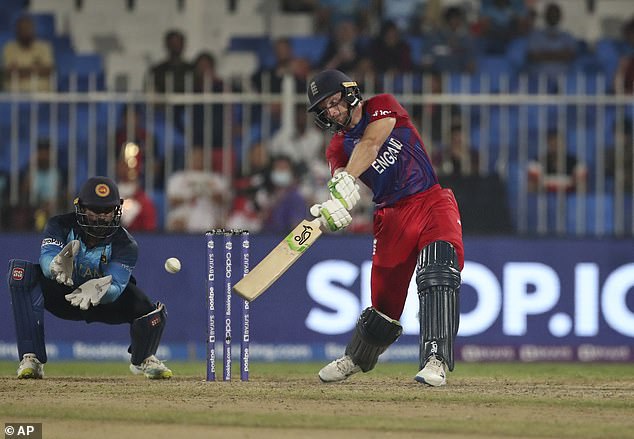 But Buttler was not to be denied his maiden T20 hundred, slamming the final ball for six runs