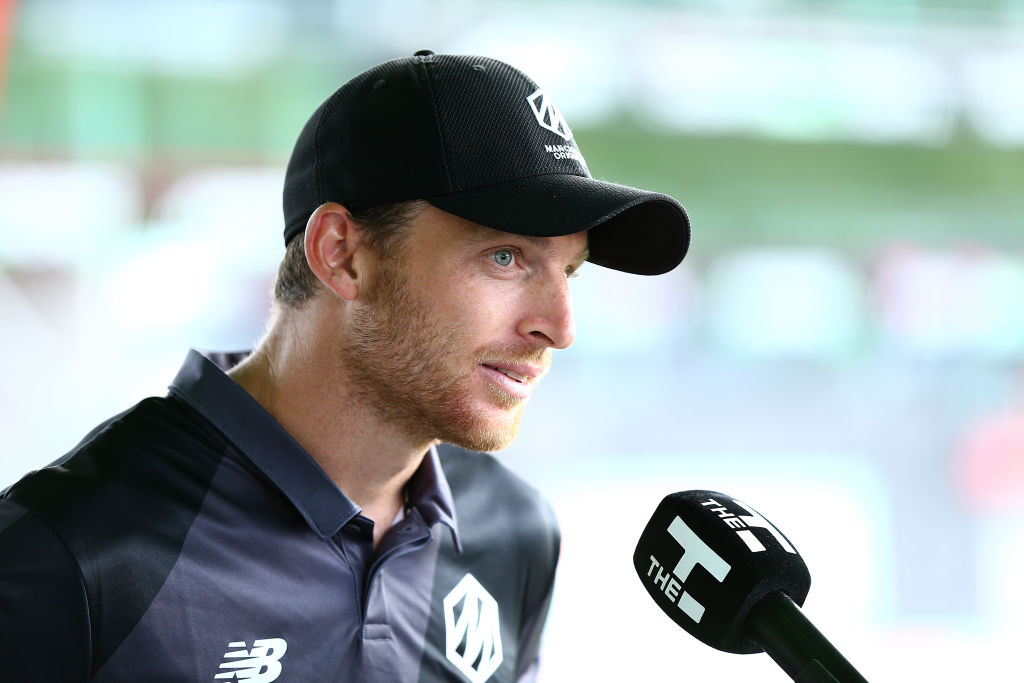 Wicketkeeper Buttler captained the Originals in their first two Hundred matches before leaving the squad to link up with England ahead of the five-match Test series against India.

‘I’ve absolutely loved it to be honest,’ Buttler told Metro.co.uk. ‘I really enjoyed the concept with the game moving all the time and I’ve enjoyed the tactical elements of the competition too. I’ve loved it so far.’

Buttler says the atmosphere at the games has been ‘great’, with more than 100,000 fans attending matches in the first week of the competition.

The 30-year-old, who has been a regular at the Indian Premier League, has also been impressed by the ‘quality’ in The Hundred.

‘The atmosphere has been great. It’s amazing to see so many families and kids at the grounds,’ he said.

‘It’s a slightly different format but it’s still a game of cricket. I’ve really enjoyed it and I think the quality of cricket so far has been great. There’s been some fantastic matches.’

In his two Hundred appearances, Buttler opened with recent England international Phil Salt, who he described as a ‘fearless cricketer’.

Salt, 24, has been one of the most destructive and exciting white-ball players in county cricket over the past two seasons and his impressive form for Sussex earned him an England call-up last month.

Buttler is a ‘massive’ fan of Salt and fellow Manchester Originals batter Joe Clarke, who is widely considered one of the best players yet to play international cricket.

The Nottinghamshire star, 25, smashed 58 from 31 balls in the Originals’ seven-wicket win over Welsh Fire on Saturday.

Asked if he is a fan of Salt, Buttler said: ‘Yeah, massively. He’s a really fearless cricketer.

‘He comes out and looks to dominate the bowlers from the start, that’s exactly the kind of player you want in The Hundred. Him and Joe Clarke are two really exciting talents for us.’

Another Manchester Originals player who has impressed is England international Matt Parkinson. The Lancashire star has taken five wickets in three matches, including extraordinary figures of 4-9 in an emphatic win over Birmingham Phoenix.

‘That was a brilliant spell of bowling,’ Buttler added. ‘I was delighted for him. We know how dangerous he is, he spins the ball really hard.

‘Especially the ball to dismiss Chris Cooke, that’s a highlight reel kind of ball. I’m delighted for him.’

Buttler’s Manchester Originals teammate Steven Finn has also been impressed by Parkinson, with the former England bowler telling Metro.co.uk recently: ‘It’s nice to see guys up close that you don’t generally get to.

‘It’s been great seeing how he [Parkinson] operates. I’ve been really impressed with how intelligent he’s been with the speeds and lengths that he bowls.’

Manchester Originals’ Jos Buttler and KP Snacks – the Official Team Partner of The Hundred – is calling on families to check out www.everyonein.co.uk for fun, simple and free ways for families to get active this summer through cricket, alongside lots of fun video content with the stars of The Hundred.