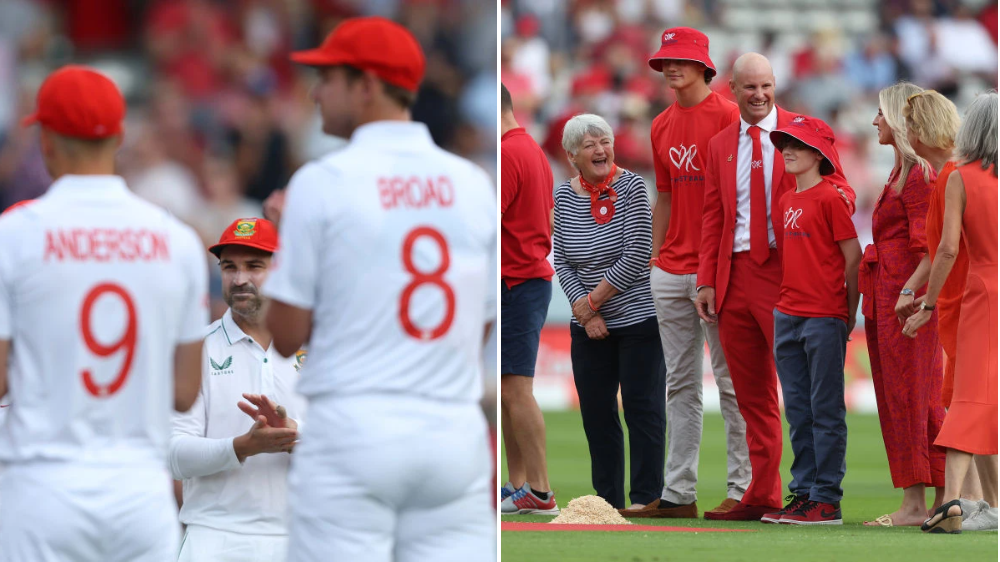 Lord’s turned Red for Ruth on Thursday to support families facing the death of a parent.

The #RedForRuth Day has become a staple of the English cricket summer, with this year’s event held on day two of the opening Test match between England and South Africa.

The Ruth Strauss Foundation was established by former England captain Sir Andrew Strauss in memory of his late wife Ruth, who passed away from a non-smoking lung cancer in December 2018 at the age of 46.

Spectators are encouraged to wear red, while the players exchanged red caps with ex-England opener Strauss which will be put up for auction.

In the United Kingdom, more than 23,600 parents with dependant children die each year, leaving behind over 40,000 bereaved children.

The Test will also look to raise awareness of the need for more research into non-smoking lung cancers.

Sir Andrew Strauss said: ‘In addition to the incredible funds raised, Red for Ruth is also about raising awareness, breaking taboos and, in Ruth’s words, helping families “do death well”.

‘To know that because of the wonderful support we’ve had more families are not facing grief alone and many more up and down the country will be supported over the coming months is exactly what Ruth wanted.’

PAUL NEWMAN: Cricket is at risk of descending into chaos