It seems people have got through the tough times in lockdown by getting themselves into a routine.

‘The new normal’ is the phrase we often hear. That’s certainly been the case for me.

I get up early with my son Harry, letting my wife Sarah stay in bed because she’s been with him in the night. At 5am I’m in a zombified state, like most parents. When she gets up, I do my fitness work, then we have the rest of the day together.

Once a week I’ll go to the shops, and the rest of the time I’m trying to keep myself in shape with long runs, sprints and weights.

Like everyone else, I’ve been worried. Are my parents OK? Is my grandad, who has some health issues, going to be alright? Have we been washing our hands enough, wiping things down, or keeping our distance from others when we’ve been out and about?

In that sense, getting back into training brings another layer of normality. Some players have managed to do some bowling at home – Ben Stokes on his driveway, or Stuart Broad with a net in his garden – but I haven’t been able to. Not only do I not have the facilities, but I also wanted to take this opportunity to have time away from the game and be with my family.

Having said that, with the Test series against West Indies – which starts on 8 July – now a goal to aim for, it flicks a switch in the mind. You think ‘here we go’ and you start focusing on cricket. Can I get back to my absolute best in training? What tricks can I add to my game?

There’s no other way to describe it – the new way of training is weird.

Me and Stokesy both go to Durham, but because our slots are an hour apart, we never see each other.

The only other people at the ground are Durham director of cricket Marcus North, bowling coach Neil Killeen, England coach Paul Collingwood, Susan the physio and a security man to open the gates.

Whereas Stokesy gets out of his car and heads straight for the middle, I have to spend some time in the gym and with the physio.

When I get to the gym, the doors are open so I don’t have to touch anything. I’ll disinfect my hands, use the equipment, then rub it clean when I’m done. When I go to see Susan, I have to wear a face mask and she is in full PPE gear.

When I started bowling, it was literally from a standing position – the sort of thing you see kids doing when they’re learning the game. Now I’ve built it up to being off my full run.

It’s probably batting practice that is the hardest thing to get used to, not picking the ball up to throw it back to Colly. When you knock it back with your bat, it feels really disrespectful to an England legend.

A couple of times I’ve forgotten, and accidentally picked the ball up. Straight away it’s “oh no”. You have to wipe the ball, change your gloves and wash your hands. The measures in place really are that strict.

I also want to make sure I keep up the batting form that I found on the tour of South Africa. That came on the back of some net sessions with my dad and my wife feeding the bowling machine, so we’ll have to see if Colly and his throwing stick are as good as my personal coaching team. 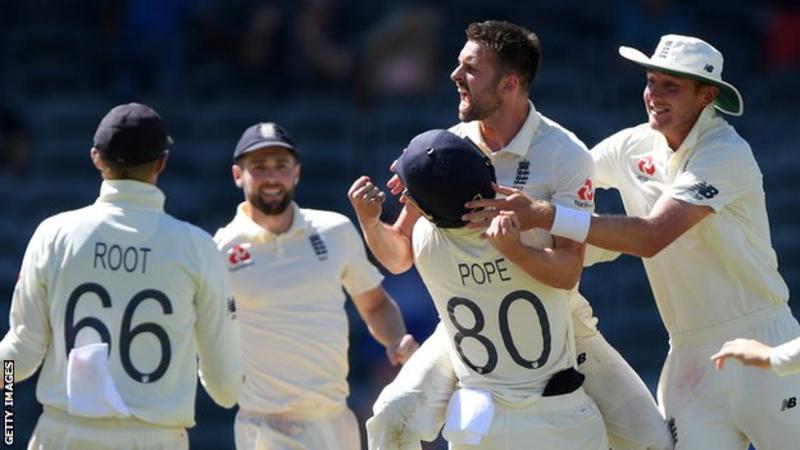 I don’t know how the other lads are coping with the training restrictions, but I do know that having 55 players back in practice means there is some healthy competition, not least in the fitness stakes.

We’ve been doing 3km runs and comparing times. Jos Buttler can do it in 10 minutes and 30 seconds, while Joe Root and Jonny Bairstow are impossible to catch too – it must be something in the Yorkshire water.

We’re all building up to those international matches, when we know there is likely to be a period of isolation.

Yes, we are used to leaving our families for tours, and on some of those tours you might not venture very far from the hotel, but this is going to be different. It will be hard to leave home after living in our own little world for the past couple of months, and I’ll be hoping that it is not too difficult for Sarah and Harry.

However, once we’re in that team environment, I know all the lads will dive into it.

One interesting part of it will be if we have all of the fast bowlers fit and firing. Broad, James Anderson, Chris Woakes, Jofra Archer, Sam Curran, myself and maybe some others all competing for what is likely to be three spots in the Test team. That is fantastic depth for England to have.

I’m honest enough to admit I might not be the first name on the team sheet in English conditions, but I took nine wickets in the last Test we played, so I’d like to think that keeps me there or thereabouts.

Not only that, but Joe Root, the captain, says the noise I make might make up for playing games in empty grounds.

I’ll take being cheerleader if it keeps my place in the side.