Mark Wood is a doubt for England’s first Test against Pakistan in Rawalpindi next week.

The 32-year-old sustained a hip injury during the T20 World Cup in Australia and missed the semi-final thrashing of India. He was fit to face Pakistan in the final but England chose to stick with the same XI.

Wood and Harry Brook have been absent from England’s training camp here in Abu Dhabi after the pair were given time off. They were the only players named in all three squads (Pakistan T20s, T20 World Cup, Pakistan Tests) after the busy summer schedule. 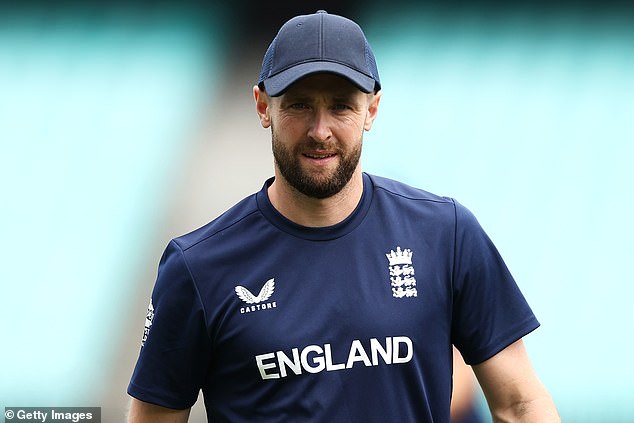 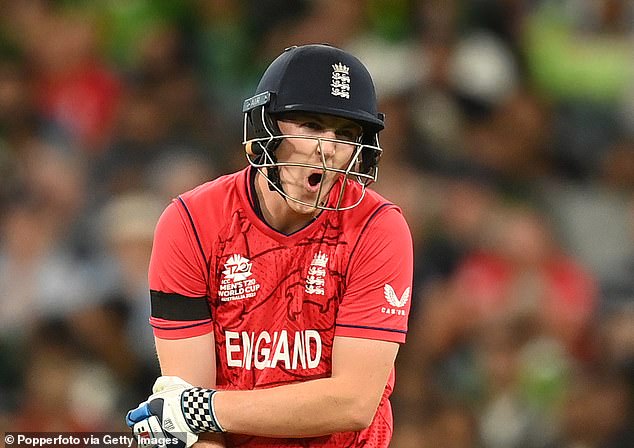 Harry Brook has also been given a rest, and was not at England’s training camp in Abu Dhabi

Test skipper Ben Stokes said: ‘We took the decision to let Brooky and Woody spend that time at home. We felt a week at home for them would be beneficial, just to get their batteries recharged. Obviously with Woody’s injury, getting home and being around his wife and child would be better than being out here and getting all his rehab, which he could do at home. I haven’t had much contact with them just to let them relax.

‘Woody’s coming on nicely and we’ll see how he is when he gets out here.’

England arrive in Pakistan today and have just three training days scheduled before the series begins on Thursday. The likelihood is that Wood will not have enough time to prepare himself for the demands of a Test match. But Stokes insisted that there would be no additions to the squad.

‘We’re sticking with it,’ he said. ‘We’re not going to call up another seamer.’

The third day of England’s warm-up match against the England Lions was scrapped yesterday and training was held instead to allow players to focus on their own games. ‘I feel as a group we’re in a position now where we can ask individuals exactly what they need without forcing them into doing something,’ added Stokes. ‘Sometimes with these warm-up games, you can get into the last day and it becomes a thankless task and you don’t get out of it what you really want to.’ 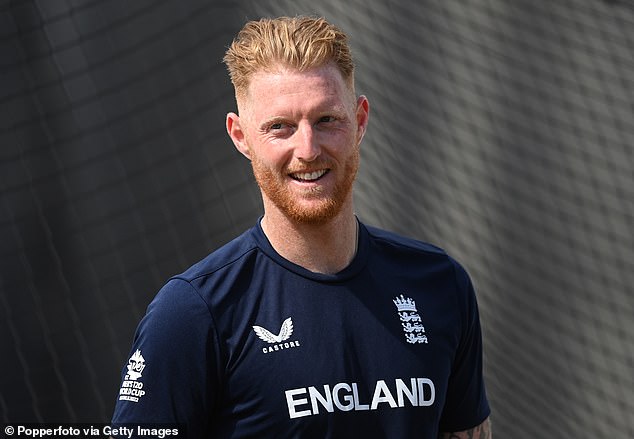 All in all, this has been a solid week of preparation for England, with the bonus of seeing Jofra Archer make his return.

In the Lions match, a quickfire 36 for Liam Livingstone and 84 for Will Jacks were examples of the explosive batting we can expect to see from England in Pakistan.

And late addition to the squad Rehan Ahmed, 18, demonstrated that he is a good for fit for Bazball, too. Stokes said: ‘He was bowling at us in the nets when he was 16. He’s not the finished article but we feel with someone like that — the way he bowls, the way he bats — getting him into this environment will do him the world of good.’ 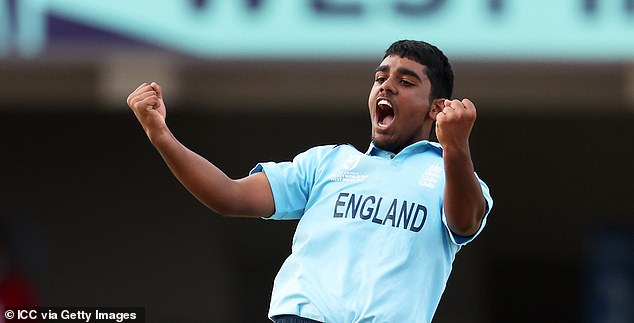 Rehan Ahmed, 18, has proven himself to be a useful addition to England’s training camp in Asia