Racing aims to be one of the first sports to emerge from lockdown, with the British Horseracing Authority releasing a provisional list of big races it could run on the final two weekends of this month.

The first two Group One winners of Marquand’s career on William Haggas-trained Addeybb were among 26 winners he rode in 11 weeks Down Under. They were achieved on Sydney’s crowd-free racetracks. 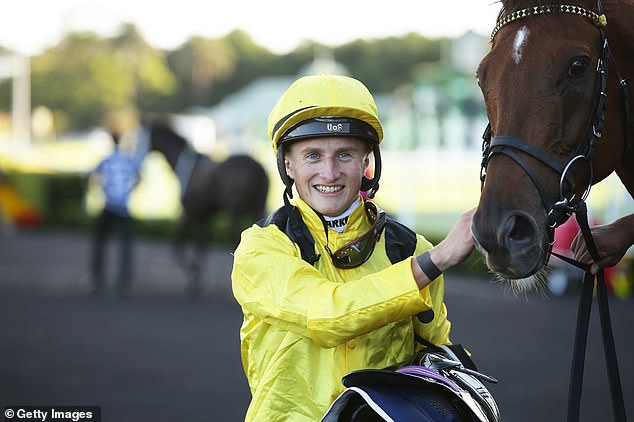 Marquand said: ‘The best way of putting it is ‘surreal’ but I don’t think it takes away from the achievement and satisfaction in winning. Even though there is no crowd, it had still taken the same amount of time and effort from everyone involved. There were presentations and everything carried on as normal except social distancing was observed.

‘I was kept separate for the first couple of weeks because I had only just got back into the country but after that I was in a room with one other jockey. The majority of the lads were in rooms with three of four people at a time. They were kept to those same groups at every meeting.

‘All sorts of rooms were used but they were near the necessary facilities like showers and toilets and there was a drinks fridge in each room. We were temperature tested on arrival at the track. 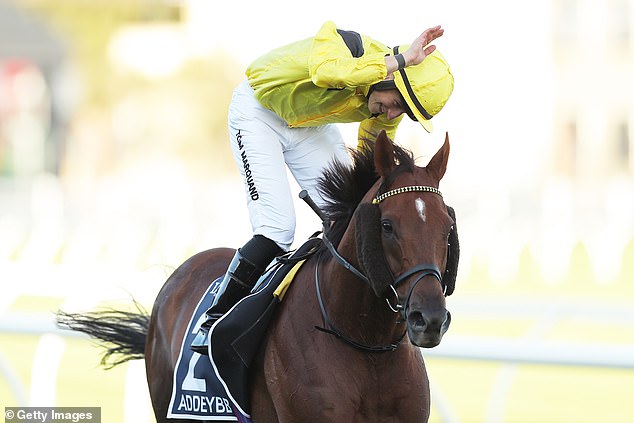 ‘Testing was the same for everyone who entered the racecourse. There was a list of everyone who was meant to be at the track. Anyone not on the list was not allowed in.

‘I’m far from a medical expert but it showed a system like that can work. It’s hopefully something we can base racing around to get us off the ground.’

Marquand has been self-isolating with partner and fellow jockey Hollie Doyle in the two weeks since returning from Australia but hopes to start riding next week.

The duo have been keeping fit cycling 25 to 30 miles a day and Marquand said: ‘I’ve been lucky to be get some big opportunities. Hopefully that will carry on when racing comes back.’ 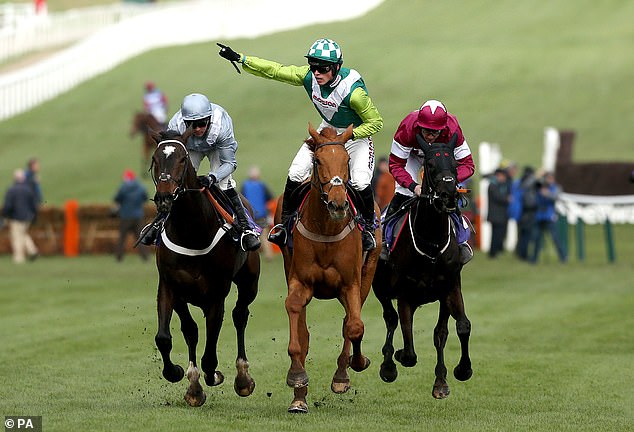 Plans to re-start racing behind closed doors in Germany on Monday have been put on hold.

It had been hoped to stage a meeting in Dortmund but plans have not received Government support.