Last year’s Melbourne Cup-winning jockey James McDonald is without a ride after second favourite Loft was scratched on Friday afternoon.

The horse’s managing owner Ozzie Kheir told The Age that a vet inspection on Friday morning had found the German import had injured a tendon. 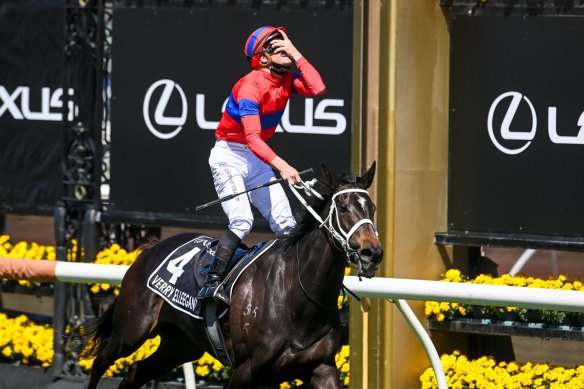 James McDonald won last year’s Melbourne Cup on Verry Elleegant, but his ride in this year’s race – Loft – has been scratched.Credit:Justin McManus

The scratching is set to shake up the Melbourne Cup market now, with English import Deauville Legend likely to firm into an even shorter quote as favourite now that his main rival is out.

“The vets informed me about an hour ago,” Kheir said.

“It just feels like it’s Marmelo all over again, but this time we’re not blaming anyone. It is what it is.

“We don’t know [when it happened]. It was done anytime between Tuesday and today.

“We lost Le Don De Vie last week, who was already in the Cup, and now Loft three days out, who we were very, very confident would go close to winning, so it’s pretty devastating to lose him this close to the race.” 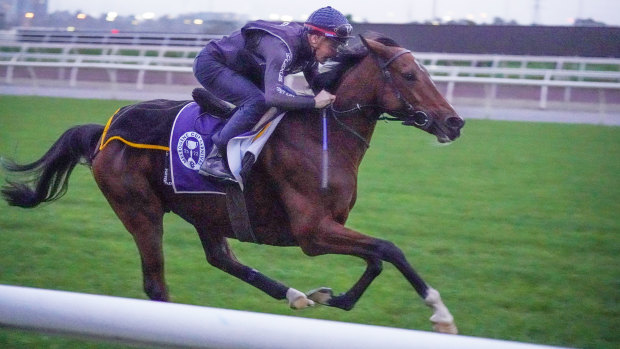 Kheir said he also felt for McDonald, who was extremely excited about riding Loft after partnering with the stayer in a track gallop at Flemington on Tuesday.

“I just got off the phone to him now and informed him,” Kheir said.

“He’s gutted and disappointed like we all are. He, too, thought he was a very big chance of going back-to-back. Unfortunately for James, I don’t know if he’ll have a ride in the race. I feel for him.”

Kheir said Loft would remain in Australia and join the stable of Ben and JD Hayes, ahead of a tilt at next year’s Cup. Kheir also had one-time Melbourne Cup favourite Hitotsu before he went amiss.

“We’ll just be patient and wait, and hopefully we’ll have a little bit of joy next year,” Kheir said.

“There’s not much we can do about it. That’s what racing’s about. You get your ups and downs. We’ve had our shares of ups, but the downs really balance it out.”

Kheir will have a runner in Saturday’s VRC Derby, however, with Muramasa carrying the same silks as Hitotsu did to win the race last year.

“Let’s hope we can have a bit of joy tomorrow,” he said.