Group 1-winning jockey Ben Melham will be free to ride through the spring carnival and in this year's Melbourne Cup after his hearing into betting-related charges was again postponed.

A three-day hearing in the County Court, scheduled to start on September 21, was set aside on Thursday by the Victorian Racing Tribunal due to a backlog of cases caused by COVID-19. 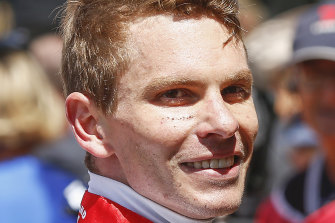 Barrister John Kelly SC, representing Melham who is challenging all seven betting-related charges, told the VRT chairman Judge John Bowman that if October 26 was the next available date at the County Court for the matter to be heard, it made more sense for the hearing to be scheduled for mid-November so Melham could focus on riding during the busiest period of the year.

Barrister Albert Dinelli, on behalf of Racing Victoria stewards, made it clear that stewards wanted the case heard as soon as possible, however the VRT registrar said October 26 would be the earliest opportunity to "get together and get an update" on when the County Court would be available for a three-day hearing.

Dates are still to be confirmed. It is likely that won't be until mid-November, leaving Melham free to ride in Melbourne's spring features, including the Cup on November 3.

Meanwhile, Dinelli said bets allegedly made by Melham on Singaporean races were against the Australian Rules of Racing.

"A jockey must not be or have any interest in a bet or facilitate a bet on any race," Dinelli said. "The words themselves simply say 'any race'.

"One of those responsibilities [as a jockey] is not to bet on any race, including one in Singapore.

"By having a bet on a race in Singapore, that itself is a breach of the prohibition in the relevant rules."

However, Kelly argued that the Australian Rules of Racing do not govern international races. 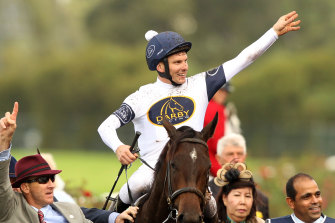 "If Mr Dinelli is right, Mr Melham is prohibited from taking his family on a holiday, walking through the betting ring at Epsom, the boundaries which isn't known to him, with his wife and children, up to the stands to watch the Derby. That can't be right.

"If that's not right it means there's a geographical limitation on the application of the rules.

"It would be logically absurd if [the rules] applied … to international races in circumstances where there's nothing in the definition of a 'race' [in the rules]."

Judge Bowman said he would make a decision within the next week on whether jockeys betting in Singapore was against the rules of racing.

The group 1-winning jockey is facing seven charges in total including allegations he bet on horses he was booked to ride, as well as making 20 bets totalling $14,600 on thoroughbred races after initially depositing $3000 into his partner Karlie Dales' betting account at a hotel while he was out injured.

He faces a mandatory minimum penalty of two years if found guilty of betting on races he was directly involved in.